John Kadlecik seemed to be especially enjoying the crisp mountain air when he brought his Acousti’letric experience to Dantes Bar in Frostburg, MD on January 13, 2017.  Dantes has been described as a “best dive bar” and I would agree.  Tucked into downtown Frostburg with a cozy outdoor garden patio, original artwork along the walls, and an outstanding craft beer selection, this bar is clearly a favorite among locals and the spirit of the music brought out the heads.

Kadlecik’s Acousti’letric setup utilizes his Alembic Orion ‘Double E Waterfall’ guitar which is configured to put out an authentic acoustic guitar tone.  Opening act Craig Miller described the guitar as the ‘most badass guitar’ he has ever seen.

Recording courtesy of Brian Oxford with assistance by Bob Jacobson

The show kicked off with a brief twisted spacelike tuning before melting into a spirited  ‘Run For The Roses’ which got things off to a good start out on the floor.  As with many of Kadlecik’s performances, he manages to create a setlist which mixes in original compositions along with collaborative songs from earlier in his career with bands like ‘Hairball Wille’ or ‘The Mix’.  Often times, unique covers will also work their way into the lineup and requests are always welcome in the Acousti’letric setting.  Originals came early and often during this show starting with ‘Seen Love’ as the second song of the set followed by the satirical but keen ‘(Acid) Rain’…….”Somebody give me a stainless steel umbrella!”.

‘Sister Smiles’ and  ‘Hard Highway’ rounded out the originals in the first half of the  100+ minute set.  Vocally John has never sounded better.  The steady run of Acousti’letric shows has helped him fine tune his range and inflections.  Throughout this show and others along the run, the crowd recognized songs from the Grateful Dead Catalogue but everyone appreciated the JK originals equally well.

A beautiful ‘Lazy River Road’  was sandwiched between ‘Acid Rain’ and ‘Sister Smiles’ and then a two song mini theme developed as JohnK took us slippin’ on by on ‘Lake Shore Drive’ (Aliotta Haynes Jeremiah)with an ‘Illegal Smile’ (John Prine).  ‘Lake Shore Drive’ is a nod to John’s earlier days in Chicago and John Prine’s ‘Illegal Smile’ needed no explanation to the audience. 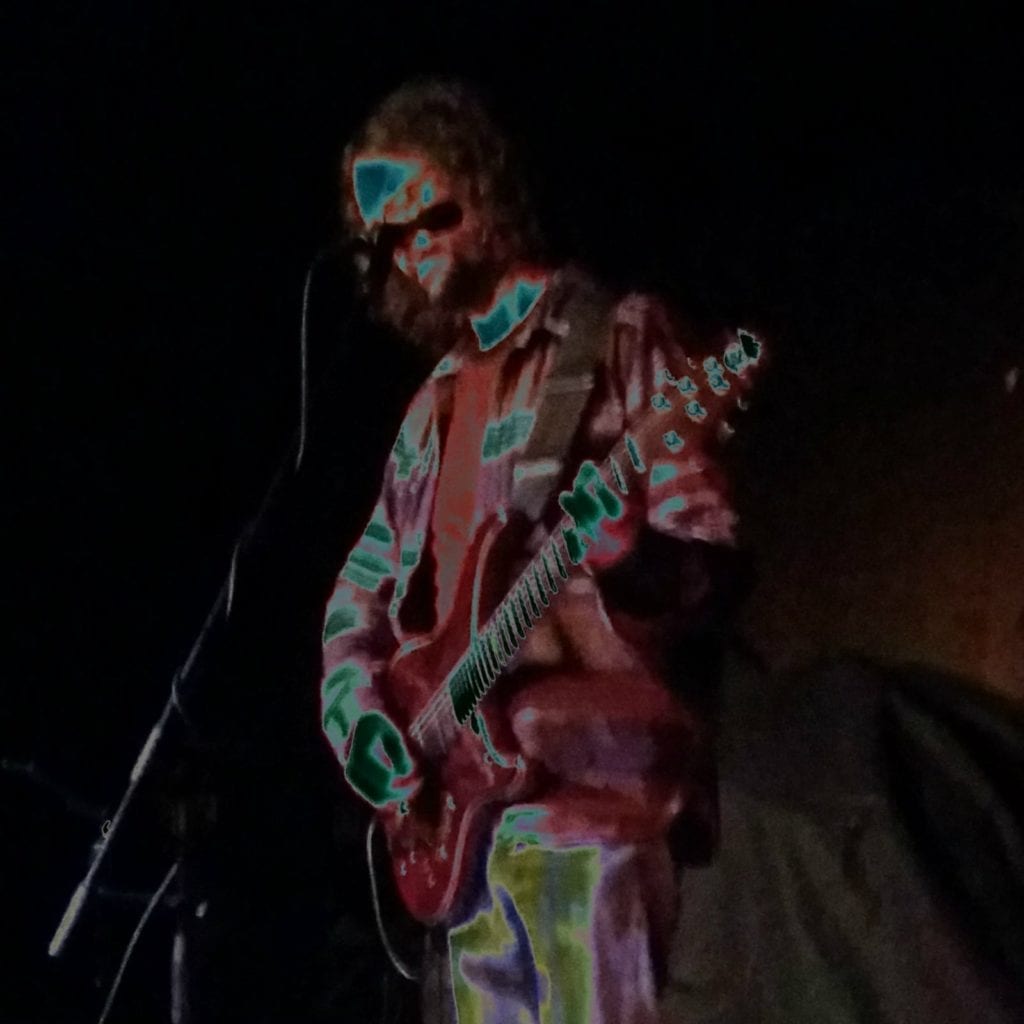 It’s hard to pick the highlight of any JohnK show because there always seem to be several.  “Lake Shore Drive’ stands out for me because it was in response to my shouted out request…but when Robert Hunter’s ‘Long Way To Go Home’ rifted through the air after ‘Illegal Smile’ I knew it would be hard to pick just one moment as a highlight of the show.  Thanks John…and we are only half way through the night!

A strong dose of Grateful Dead took over the last third of the show but not before the last of the night’s JohnK original material ‘Golden Wings’ worked it’s way through the crowd.  ‘Golden Wings’ is a more recent original composition that is also often played with one of John’s side project bands the Golden Gate Wingmen.  The other members of the Golden Gate Wingmen are Jeff Chimenti (keyboard), Jay Lane (drums), and Reed Mathis (bass) and an upcoming brief run of winter shows with this band has been announced.  The song has a steady rhythmic feeling to it with some great guitar work that allows John to spread his wings along with the audience as he “opened up my mind and spoke these words to me”.

‘Visions of Johanna’ followed ‘Golden Wings’ and seemed to have the right tempo and flow as a follow up to ‘Golden Wings’.  The stretch of Grateful Dead songs previously mentioned then started with ‘Lady With A Fan>Terrapin Station>Unbroken Chain’.  One might expect Unbroken Chain to work well in the acoustic form, and it did.  But the Terrapin Station that preceded it carried all of the intensity that a standard electric guitar rendition would produce as John carried the crowd acoustically up and down through the end and beginning.

A magical guitar patch came next when John managed his guitar effects to make his Alembic sound like a piano as the set flowed into the John Lennon Classic ‘Watchin’ The Wheels’…another high point in the show that had the crowd singing along.  This song helped to carry a theme of wheels and roads and travel which often weaves it’s way into John Kadlecik shows.  The next three songs which closed out the set speak to this theme as John moved from ‘Watchin The Wheels’ to ‘So Many Roads’ to ‘Down To Eugene’ to ‘Any Road’.  These acoustic renditions would have made John Lennon, Jerry Garcia, David Gans, and George Harrison smile.

The George Harrison original (from his final album) ‘Any Road’ is often a tricked out to allow for long jamming and segway into other songs when played with The John Kadlecik Band. But tonight the song stands alone and closes out the set with a traveling smile.  ‘Down To Eugene’ is a David Gans original that might show up again when David Gans opens for John K at the upcoming anti-ball Don’t Tell Me This Town Ain’t Got No Heart in Washington DC on inauguration day.  This show will feature the debut of yet another John K side project The ‘Bureau Of Sabotage’.

The John Kadlecik Acousti’letric show concluded with  a bashful return to the stage, an “Well Aww Shucks” and an encore of ‘Touch Of Grey’ which had all of the deadheads young and old singing along.  The hometown crowd showed their approval when John left the stage and afterward as the band Optimus Riff took the stage.  Thanks Dante’s Bar.

Many upcoming Acousti’letric dates have been announced in the West and all of the way to Hawaii.  Anyone who has an opportunity to travel to one (or more) of these shows should do it without hesitation.

Thanks John Kadlecik…..There ain’t no road just like it anywhere I’ve found.

Run for the Roses

Lady with a Fan > 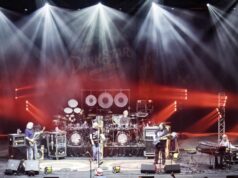 Twenty One Years Later, DSO Continuing To Get Shown The Light 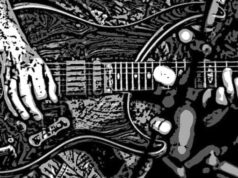 John Kadlecik, On A Wing and a Prayer 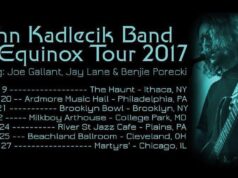 Fellowship of the Wing and John Kadlecik tour dates