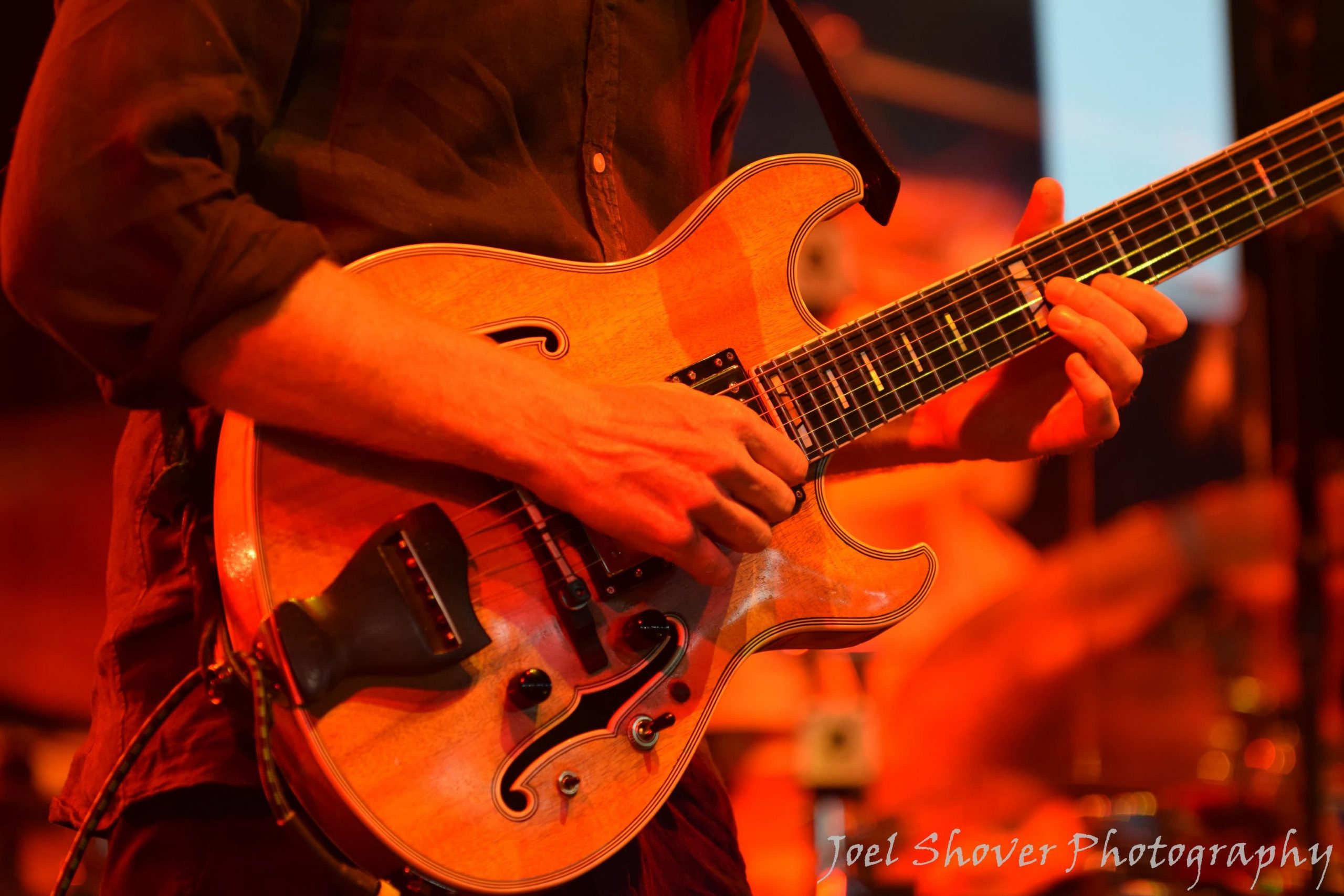 Nothing screams New England summer like Adirondack chairs, warm days and cool nights, great smelling campfires, and of course PHISH summer tour! Nestled in the Great Woods of Mansfield Massachusetts boasts a venue many hold dear to heart, The Xfinity Center. This Nostalgic gem of a venue owned by Live Nation was the setting to kick off PHISH’S summer tour 2022.

The quartet comprised of Trey Anastasio, Mike Gordon, Jon Fishman, and Page McConnell that was founded in Burlington, Vermont in 1983 showed they were more than ready to get this show on the road, as they hit the stage with full force and never looked back as they started to fully stock New England with their heady jam filled music.

Night one Mansfield, MA can be summed up by saying it was “On Point and On Fire”. The day started off with an abundance of sunshine and some forecasted thundershowers that thankfully never came to fruition over the venue. Fans from all over the world made the pilgrimage to the infamous PHISH lot for a little shakedown tailgating fun and some fresh tour merch shopping. As old and new friends gathered alike there was one thing in common across everyone’s faces, the smiles of joy and the happiness to be together.

Trey struck the first scratchy note of GHOST and we were officially underway and by the roar of the crowd you would have thought the band was already 9 shows into the tour and it was only the first 40 seconds of the first song! The boys were on FIRE! SET YOUR SOUL FREE was the next treat with a little added GHOST reprise. We then took the highway to the great divide with THE WEDGE. It was now time for the MOUND as we circled back around knowing that an old man knows good.

MOUNTAINS IN THE MIST continued to keep us all soaring far too high. Mike Gordon struck that bass deftly and brought us BACK ON THE TRAIN as even more energy erupted from the crowd. Anastasio took us right into RUBY WAVES and then it was time for the chairman of the board Mr. Page McConnell with I BEEN AROUND.

Just as the crowd was catching what little breathe, they had left from this smoker of a first set Jon Fishman provided the quintessential beats of TUBE and the thousands of barefoot children kept dancing on the lawn as ABOUT TO RUN brought the first set to a close.

After a quick stop at the Waterwheel tent and the Phellowship tent it was time to take a deep breath and prepare for the second set. CHALK DUST TORTURE blasted us off into the smoking second set that also featured PLASMA. The crowd was definitely ready to handle the grooviest of all grooves the WEEKAPAUG GROOVE.

SAW IT AGAIN was the next jam. From the moment Trey struck that first chord of GHOST at the beginning of the first set I couldn’t help but think of Merriweather Post Pavilions’ Saw It Again/ Piper/ Ghost segues from 2010. For me it’s never truly a Ghost unless you see it again! Needless to say, I was extremely pumped up then Trey broke out PRINCE CASPIAN, which in fact, was on point, because of a conversation I had with a phan that wears a prosthetic leg that he calls his stump, and he had it all decorated in Fishman Donuts! Brother if you’re reading this, I’m so glad you got your song!

The hourglass was then flipped and SAND was among us. The band jammed through to the delight of the sold-out crowd. They cheered for more and more as the boys left the stage only to come back with a double encore starting with PUNCH YOU IN THE EYE into SAY IT TO ME S.A.N.T.O.S. because? Well because This is what space smells like and you will always remember where you were!

Check out the full gallery of photos from this two night stand by Joel Shover here.

Everyone knew where they were when Friday rolled around. They were in traffic on 495 heading to Mansfield like everyone else. Night two of the tour would bring what? After last nights smoker it was hard to imagine what would be next. I for one wanted to hear Everything’s Right.

PHISH hit the stage promptly with a rocking version of 46 DAYS, so rocking even they slowed it down a little for the next song WATER IN THE SKY. There should have been droplets of joy water running from my eyes when the band broke into a steady 15 plus minute EVERYTHING’S RIGHT! It sure was right! I wish I could bottle that feeling for any rainy day!

PHISH focused their distinct sound with RIFT that mutated right into the WOLFMAN’S BROTHER. Would we the Phans every really get out of this MAZE tonight? It really doesn’t matter because we’re all in the bathtub now making BATHTUB GIN. Now it was alright, it was alright for Trey playing the famed Velvet Underground song ROCK AND ROLL.

Set two proved that the Xfinity Center was indeed Mike’s House as Gordon started the set with his signature MIKES SONG into, I AM HYDROGEN. Now every fan in the venue and watching from their couches back home were scratching their heads and making their guesses as to what would be played instead of Weekapaug since that was just played last night, right? It didn’t take long for us to find out as Trey took that little step back and struck the first notes of CARINI and the crowd responded with more energy than the night before! Glowsticks were flying but no lumpy heads and everyone was dancing there was only one thing left to do, BLAZE ON.

Blaze on is what PHISH did along with Massachusetts crowd, as they treated us into a mid-second set GOLDEN AGE that erupted into THE HOWLING and the funk poured out of the band so heavily that there was not even A WAVE OF HOPE for as I stated before we were in Mike’s House. When you’re in Mike’s House you can almost guarantee that good ole HARRY HOOD will stop by. The boys were feeling it too as the came back out for a triple encore that kept all the phans BOUNCING AROUND THE ROOM. The upbeat tempo continued into NICU followed by the closer SLAVE TO THE TRAFFIC LIGHT because everyone knows that you will be in traffic for hours in this town leaving this venue!

Set 2:
Mike’s Song
I Am Hydrogen
Carini
Blaze On
Golden Age
(TV on the Radio cover)
The Howling
A Wave of Hope
(Trey Anastasio song)
Harry Hood
Encore:
Bouncing Around the Room
NICU
Slave to the Traffic Light

Go See Live Music! Till the next show……Joel

Check out the full gallery of photos from this two night stand by Joel Shover here.