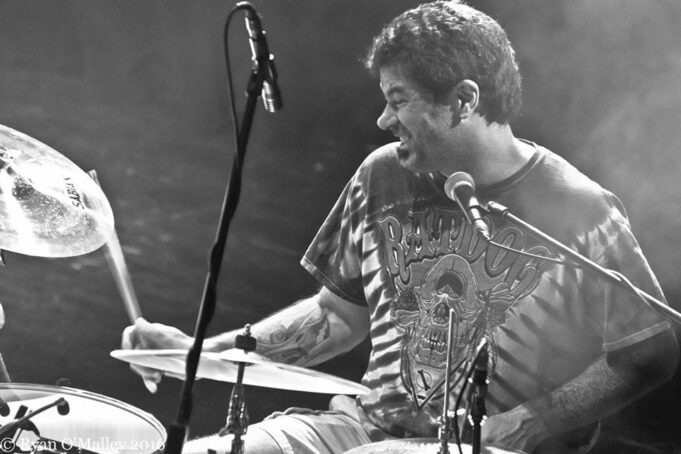 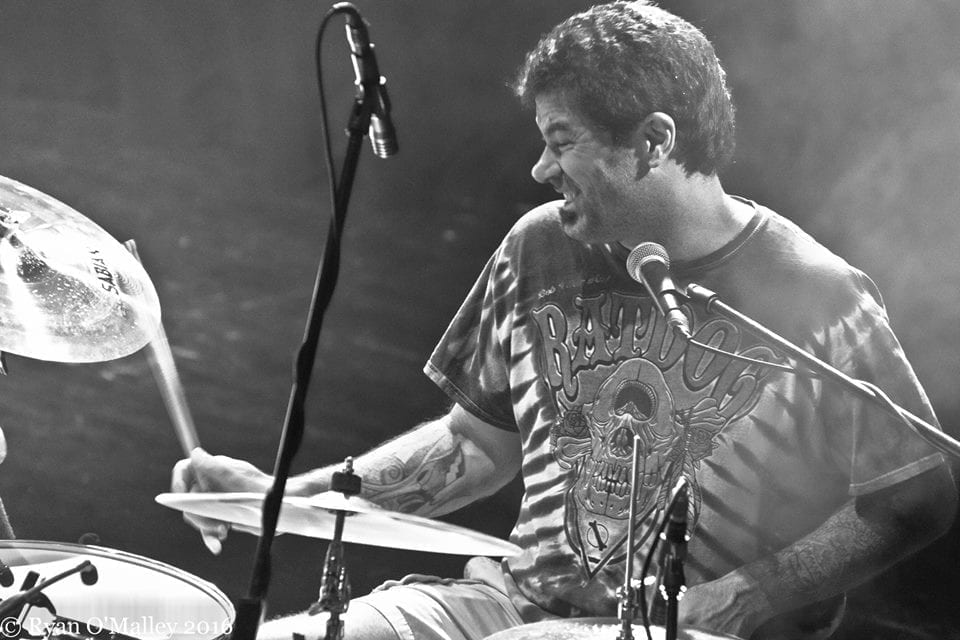 If the music of the Grateful Dead is anything, it’s music that’s made to be interpreted. When you get the chance to learn the music from its creators, it’s a lesson you take on to new projects. Take Golden Gate Wingmen, for example – a four piece wish list of Dead sidemen who learned the music by playing with the Core Four – Bob Weir, Phil Lesh, Mickey Hart and Bill Kreutzmann. 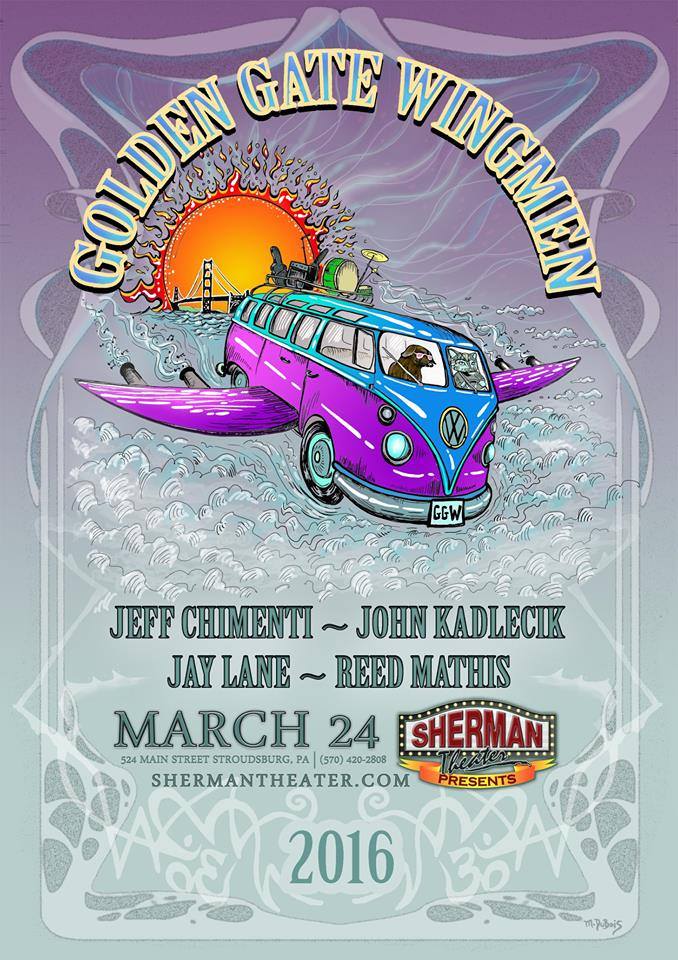 Utilizing the Dead’s music as a vehicle for exploration, the quartet kicked the first set off with a tribal take on the softer ballad “Sugaree,” with Lane’s driving percussion leading the song into tempos most heads were not used to hearing. Even on a Mathis sung “Mississippi Half-Step,” and a spacey “Nobody Told Me” by John Lennon, it was impossible to not appreciate the way the band finds new direction each night.

Following lively takes on “Dupree’s Diamond Blues” and an extended “Bird Song,” the group ended the first set with a funky run through the Kadlecik original “What’s Become of Mary,” proving the band has their own identity outside of the typical Dead tribute format.

Easing into the second set, the outfit led off with a bluesy “It Takes a Lot to Laugh, It Takes a Train to Cry,” a cover staple of numerous Jerry Garcia side projects written by Bob Dylan, which featured some outstanding Hammond B3 work from Chimenti.  Following tight runs through the Garcia chestnut “Rubin and Cherise,” and a spot on take of the Dead classic “Estimated Prophet,” a superbly tight improvisational jam took place, which saw the band go from avant garde jazz to some of the funkiest drum work of the night courtesy of Lane. As a one time member of Primus, people may overlook how tribal Lane could be behind the kit as RatDog is more of a laid back jazz outfit. With Golden Gate Wingmen, he is free to get back to his funky side.

After a slow take on Kadlecik’s version of the David Crosby song, “Page 43,” a reworked “Ripple” ended the second set, with half the lyrics being sung in French, something Kadlecik started doing after the terror attacks in Paris in November. After a brief intermission, the band encored with a staple of many Dead shows, the fan friendly “And We Bid You Goodnight,” although, much like nearly every song they tackle, the band put its own spin on the song – this one being a reggae tinged dance rendition.

If you’re looking to rediscover the Dead’s music, or trying to see what the new generation of Deadheads are doing in today’s scene, make sure to check out the Golden Gate Wingmen. With the member’s busy schedules, you never know when your next chance to see them will be.