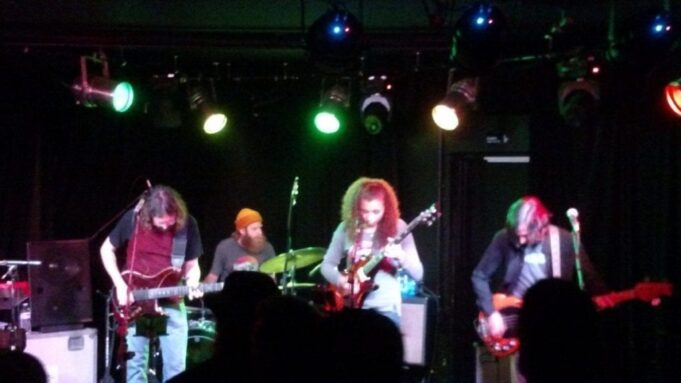 I got there early and the curtain was closed so I meandered about and ran into some friends, got a drink, and relaxed before the show.  Soon the curtain to the band room opened and my friends and I got a table in the back.  We were ready for a show, but we never would’ve anticipated the show we were about to see.

How Sweet it Is was the opener, and the place was semi crowded.  Midway through the first set the place began to fill up to the point of being packed, and the band was in great form.  John took some fantastic solos, while staying in the groove and getting the audience dancing.  The sound from the band was the best, with each instrument having great tone and a balanced sound from the entire band.

I noticed John used a volume pedal, mainly for solos, but he seemed to have some magic trick to get the tones out of that guitar he was playing.  He still uses the guitar he played with on Furthur Tour.  The keyboardist was excellent, and he cranked out some great solos too.  Alan Watts Blues, a Van Morrison song, was another great selection.   Giving me the B 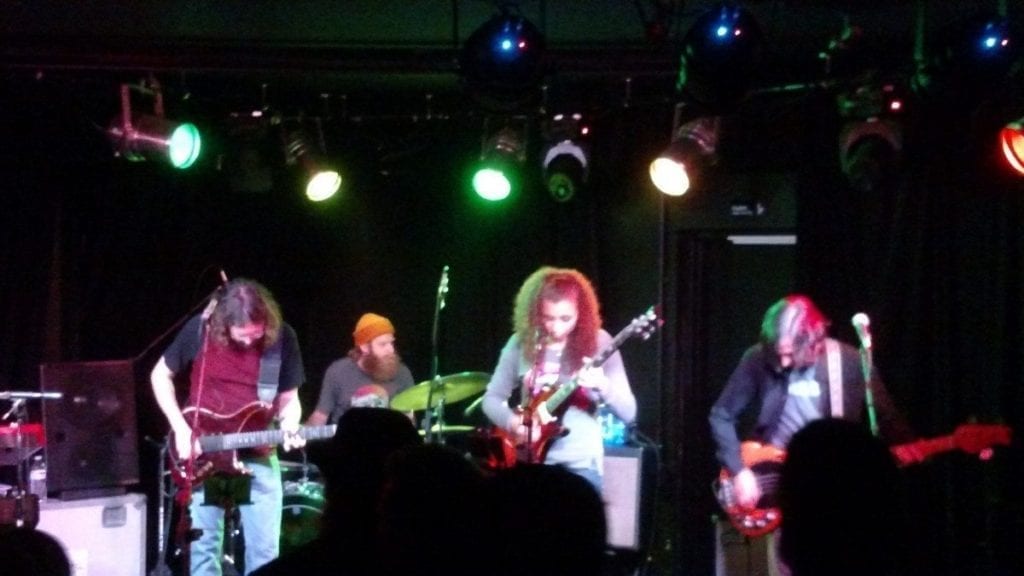 usiness was a great song whose lyrics are by Robert Hunter with original music by Kadlecik.  Bass, drums, and rhythm guitar were all great players, with natural talent and good stage presence.  Overall, I’d say I was impressed for playing like a whole group, and hitting all the changes on time.

After a brief set break, the band was back on like a locomotive barreling down the tracks.  China Cat —>Rider  was super good.  John’s solos on that were very emotionally driven, with a lot of heart.

Before that was Dear Mr. Fantasy to start the set, and John sang it Dear Mr. Fancy.(lol)  It was a great rendition of an old Traffic tune, and the band played it with inspirations and love.      The second set continued with some more great songs, some of which I didn’t recognize, but those were few and far between.

Anyone who loves the Dead and Jerry should check out John’s Band.  But even classic rock fans or just fans of good music should try to attend a show.  The Columbus show wasn’t packed full of hippies, but a mixture of older Deadheads and younger Deadheads who are now working professionals.  Be that as it was, all people are welcome to see John perform.

He is a great entertainer with many years in the business.  He played with members of the Dead in Furthur for years, and those were arena shows.  Now people have the chance to watch him perform in intimate venues across the country.  John also formed and was the original front man for Dark Star Orchestra.  He formed that band in 1997 and they now have a new front man and continue to pack theaters.

All in all, the show is top of the line, the band is great, and the ambiance at the show is great energy.  As a musician myself, I would highly suggest checking out John Kadlecik Band in a town near you.  Heck, drive to see them, and then you’ll know how great this band is!