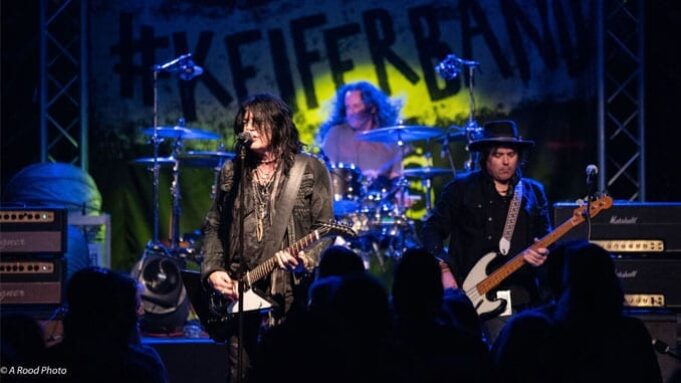 Tom Keifer of the band Cinderella brought his new band to Pasadena to showcase his new material and to play some classics. The bands Slow Burning Car and The Ominous opened the show.

I am not super familiar with Keifer or his music from the age of Cinderella, but the fans loved it and stood rapt the whole show. This venue serves food with long tables right in front of the stage. Normally, people sit and watch the show, but from the first song, the nearly 400 (mostly Cinderella) fans were all standing!

A full gallery of photos by Stevo Rood can be found here.

The show opened with “Can’t You Hear Me Knockin'” by the Rolling Stones. The majority of the set Keifer played new songs.

These guys are legit with serious playing ability. There’s a new album coming out September 13 called, “Rise.” Fans of hair metal and Cinderella will be really pleased. Keifer sold over fifteen million albums worldwide and his fan base is just waiting for new material which they will get very soon.

Long Cold Winter
The Death of Me
Gypsy Road

While not from the same show, this video from the night before should give you a good idea of Keifer’s band and performance.

A full gallery of photos by Stevo Rood can be found here.