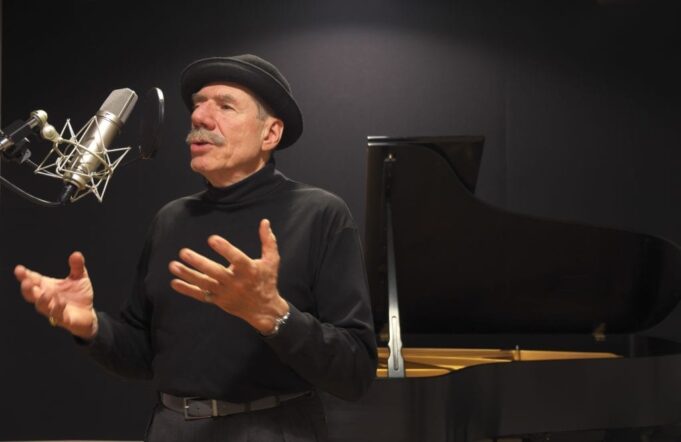 Tuesday night can be an off night for live music, however, a wealth of great Jazz can be heard at the unassuming lounge of the Spare Time  Bowling complex @ 525 Pleasant St. in Northampton! There on stage the Green Street Trio collaborates with top notch guests from the Jazz world every Tuesday for an hour long set, followed by a jam session of no less quality! The trio features Paul Arsalanian on keyboard, George Kaye on upright bass and Jon Fisher on the drums. These excellent players back a different featured artist every week and the results are always top notch!

On November 27th the Jazz vocalist Giacomo Gates was in. Gates is an established pro who can get right to the heart of a lyric and then scat around the melody. He opened with the classic Marijuana song “If You’re a Viper”, acknowledging that week’s legalization of  the righteous weed and the opening of the new NETA store a block or so from the club! Next up was the Miles Davis classic “Walkin'”, followed by a jaunty version of “It Had to Be You” which was featured in the 1989 classic movie “When Harry Met Sally”. The standard “Green  Dolphin Street” followed and then  a  a low-down version of the Ray Charles blues “I’ve got News for You”. This set the stage for the humorous ballad “Why Try to Change Me Now”, followed by a slow ballad ”Tis Autumn” which featured great brush work from guest drummer Peter Moutis.  Irving Berlin’s “Blue Skies”, a fast shuffle with extra lyric by Jon Hendricks and a bass solo from George Kaye followed. A terrific fast shuffle, “Jennine”, closed out the set with more accomplished scatting by Gates.

These Tuesday night sessions started at the late lamented Green St. Cafe [torn down by Smith College to build the Ford Hall engineering building, After a long stint at the also gone Clarion Hotel, they’ve fortunately found a nice home at  Spare Time. If you love jazz, or really any kind of improvised  music, check out this scene! The restaurant serves good food and the charge for the world class jazz is only $5!

This video is not from that night, but will give you an idea of the artist: