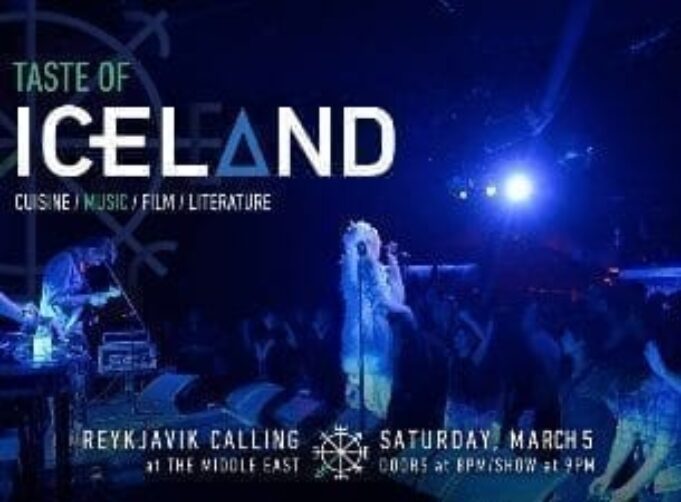 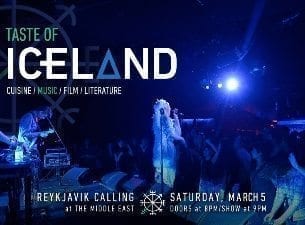 Musical Treasures from Iceland come to mix with Boston’s best for a cultural exchange concert in the Hub of the Universe.

What do Icelandic bands Axel Flovent and Ceasetone have in common with well-established Boston-based bands Adam Ezra Group and Nemes? All four will be performing a free concert at the Middle East in Cambridge on Saturday, March 5 for the annual Reykjavik Calling Concert.  GET TICKETS HERE

For those of you unfamiliar with the talent that is undoubtedly spewing from the Nordic island country of Iceland, this concert is a chance for you to broaden your musical horizon and lend an ear to what the relatively unknown country has to offer. And the music they are delivering is nothing short of extraordinary.

Axel Flovent is a modestly quiet modern folk artist, thriving in acoustic guitar, piano, and sweetened harmonies. Make no mistake about him though, while his music may be simple, it packs a resoundingly uncanny punch. It is quite beautiful. His Forest Fires EP is a collection of only four tracks, yet it has been sparking the interests of many who have been perusing the music streaming sites such as Spotify and Soundcloud. With well over a million hits on each, it is easy to say that Axel Flovent is just beginning to gain steam. Fans are expecting a full-length album sometime early this year.

Ceasetone is an up-and-coming electro-rock band that hints at an early Radiohead-esque era sound. The four-piece first began making waves in 2014 and have since grown exponentially, gaining national attention with their debut single, “Full Circle”.

If you are familiar with the Boston music scene then chances are you’ve already heard of the Adam Ezra Group. They have the stamina of Bruce Springsteen, the varied texture of folk/roots rock, and the philanthropic vision of U2. They’ve spent years on the road playing music and giving back to the community with their non-profit organization RallySound. They are a dynamic staple of Boston, one who has already achieved a faithful following. They are sure to rake in a large, enthusiastic crowd.

Indie rock band, Nemes, from Worcester, rounds out the impressive lineup. They’ve been steadily making their way, trudging across Massachusetts and the rest of the northeast, just in time to get nominated for “Best in State” from the New England Music Awards. Like AEG, they also boast a rip-roaring violinist that completely transcends the music into a league of their own.

The free concert, which is co-sponsored by WERS and Iceland Naturally, is part of the bigger, Taste of Iceland in Boston, a four-day festival that celebrates and cherishes the nation’s culture. From March 4-7, events all around the city will display a range of wonderful customs from Icelandic people. From an authentic 4-course cuisine, to film viewings and discussions, to the Reykjavik Calling Concert, the festival is sure to open you up to the wonderful life of Icelanders. The show is +21, begins at 9pm, and is on a first-come, first-serve basis. 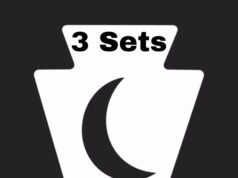