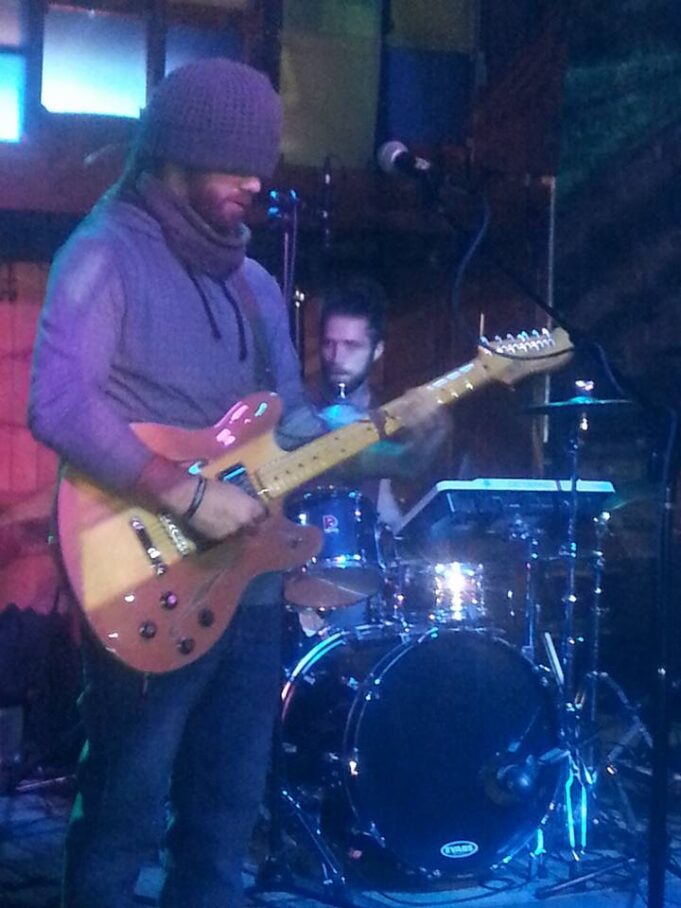 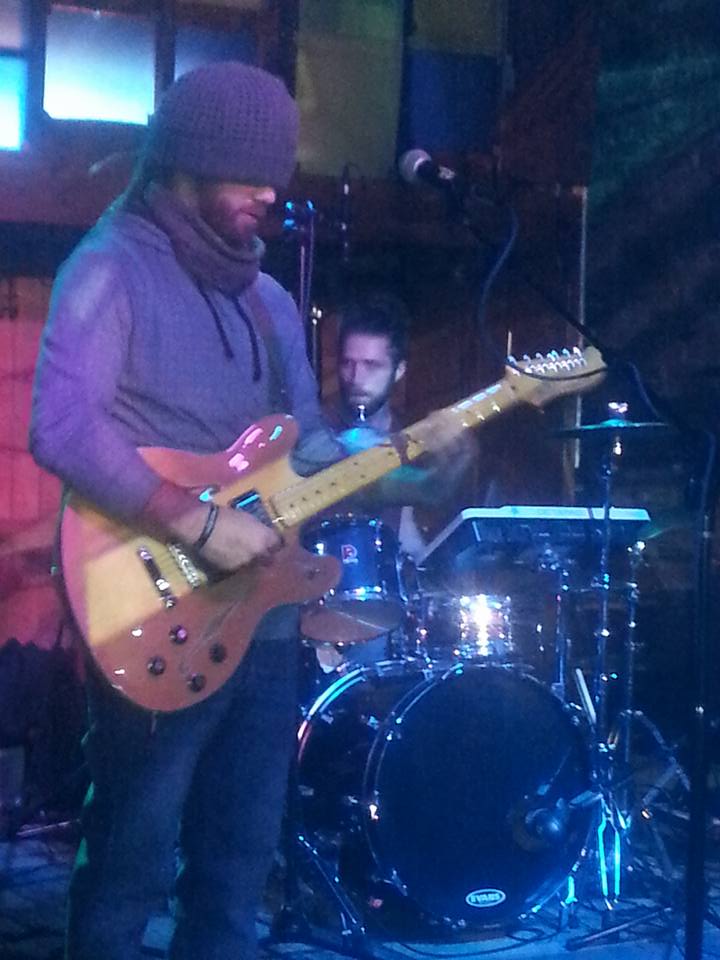 I got to the Haze, a cool venue in Worcester MA featuring craft beers, an open floor plan and excellent hookah options, in time to catch Little Compton Band.  I had been hearing about them for quite a while, they hail from RI and I was stoked to be able to catch the band on the rise.

It’s a five piece band with two guitars, bass, keys and drums and they are tight.  They draw influence from both southern rock and 70s compositional rock with easy nods to Little Feat, The Allman Brothers band and even Steely Dan.  But it is an original sound, with the influences coming in steadily but reshaped and reformed.  They have a particular penchant for harmonized guitar leads, and who doesn’t love that?

Flux Capacitor came on hard and heavy immediately.  The trio from eastern PA is flying high with the recent news that they are on the Bonnaroo lineup, and a summer filled with festivals appears to be on the horizon.  I’ve been catching them for a few years including a late night cabin set at Wormtown which was smoking.  So I had high hopes for this night.

I didtn’t get to stay for their whole show, so I was stoked at how quickly they jumped off.  The opener, Lights Out is one of my favorites.  When I first started seeing Flux it seemed like it was a bit top heavy, with a lot of emphasis on Pete Specht on guitar and vocals. 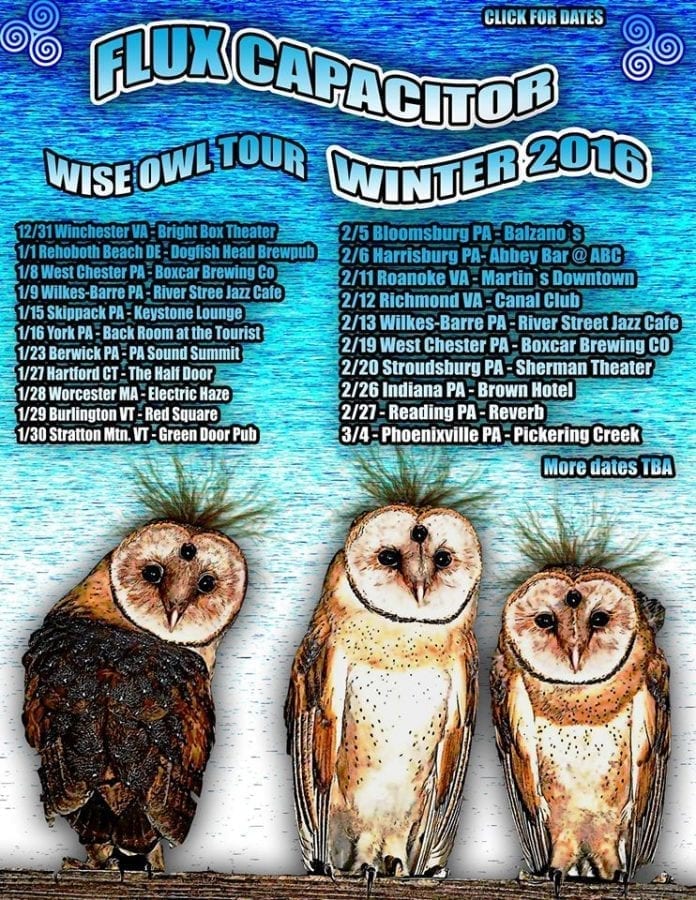 While seeing them over the last few years though they have become a pyramid, with all three of the brothers killing their respective positions.

Jason Specht is integrating electronic drums into his kit, but unlike most who do that, and most who integrate break beats, he isn’t over doing it.  He has specific ideas about what he wants to achieve with beats and sound and carefully puts them into the perfect spots.

Mike Specht could easily be overlooked at first as the little brother, but taking on keyboard duty has him handling both bass and normal keyboards, and in a band as thick, tight, and complex as this one, it’s no easy achievement.  His two older siblings may have to hit the books and the woodshed to keep up with him.  All three brothers have that same penchant for well placed sounds and feel.  This isn’t a noodly jam band, rather a thick compositional band bent on creating layered pieces.

The second song is a perfect example, Frogs.  It built and built and at one point seems like it’s almost about to end, and then another lengthy piece unfurls.

A new feature of the Flux sound is three part vocals.  While it would be tempting to say three part vocal harmony, that leads one down the wrong path-  these aren’t CSN inspired sweet harmonies, rather vocal parts that intertwine in ways that support the song and the jams.  It’s really quite a great addition and illustrates that even after years on the scene the boys are still adding to their arsenal.  They were tight as tight can be, and creative.

The last song I was able to catch (long drive home, sadly) was Dome, a new one for me.

You have to catch your favorite bands when you can, if they’re not from your area-  so I took that opportunity.  I was rewarded with fiery jams and structured tunes that bordered on mathrock, but stayed earthy and familial.

This small sampling made me wonder whether to take the trip tonight up to Stratton Mtn in Vermont to see a full show, I think that the decision is already made.  As easy as the decision to head to TN to see Flux Capacitor for my first ever Bonnaroo this June.

Bonnaroo 2016 Lineup announced From superstars to the hottest developing artists, and comedy! and To […]

Gretchen & the Pickpockets Stealing Hearts at the Middle East January 15, 2016   Marc Lovely got […]