A robust cut to the bone intensity  with a sonic gospel blues impressionistic electric guitar  sound was exhibited by blues legend Joe Louis Walker at the
beautiful Paramount in Hudson Valley, Peekskill, NY. Walker  cut loose and showed his influences with fancy blues numbers  “Train Kept A Rollin'” and “T-Bone Shuffle.” Walker played  with a technical dexterity and a loose clean delivery. His  blues instrumentals, hungry in tone, pushed through to a heightened depth of feeling. His crack band with saxaphone and Reese Wynans B-3 organ/piano catapulted the sound into a  dancing good time with a juke joint feeling. Amped up modern blues with suspended guitar notes that hung in the air as  his voice brought gospel smiles made for a sweet delight.

Raise a hand! He proved to be a soulful force of R+B voice  with a mighty funky gospel “Wade In The Water.” His own gritty blues “Eyes Like A Cat” from 2009’s “Between A Rock and the Blues” commanded attention. There was a spirituality and confidence in him, a commitment to being great.  He showcased his stylistic  influences of rock crunch, joyous gospel and gutbucket blues from his latest CD “Everybody Wants A Piece.” Incidentally,
this 2013 Blues Hall of Fame inductee has played with B.B.  King and Jimi Hendrix. He was joined by blues guitarists  Michael Packer and J. Geils for “The Thrill Is Gone” in  memory of B.B. King. N.Y.C. blues ambassador Michael Packer presented J. Geils with a 2015 induction into the New York Blues Hall of Fame as a master guitarist. J. Geils treated  the audience to his casual virtuosity and monster tone with,  “Everyday, I Have The Blues” and other blues classics with  Walker singing his melodic vocal ecstasies. A mellifluous  sax solo cooled down the electric blue heat.

They encored with Walker’s hard-edged blues rocker “747” for one last  heated snarling blast for the send off. 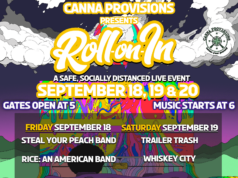