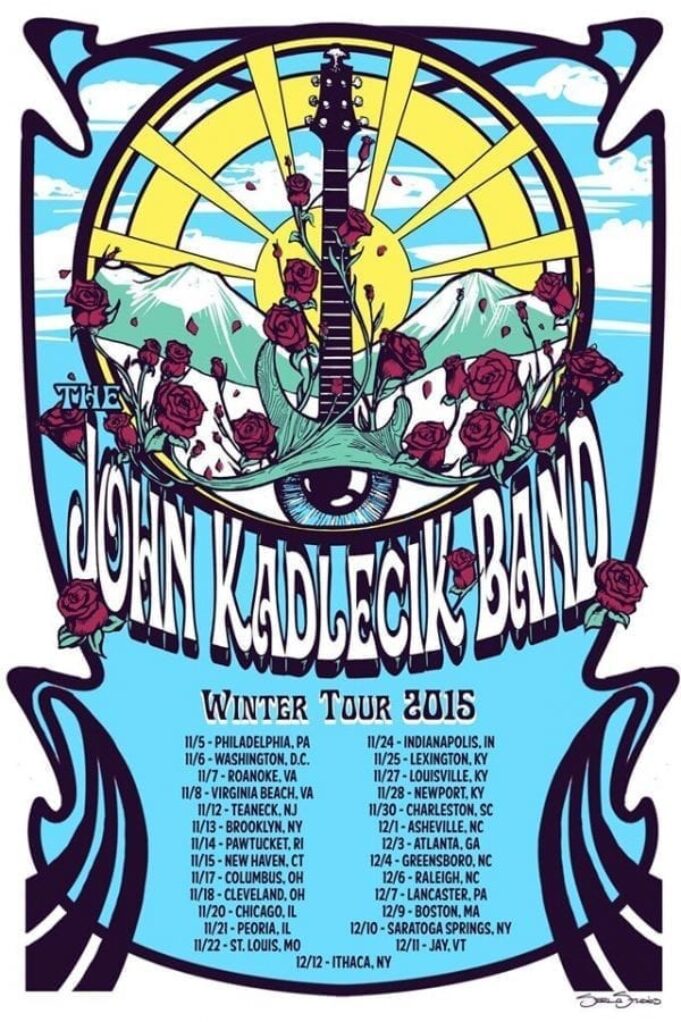 The Grey Eagle soared to new heights as The John K Band took the stage this past Tuesday. Crowds of hippies, hipsters, pranksters, and tricksters milled about the intimate venue located in Asheville, North Carolina in anticipation for Mr. Kadlecik’s return to the stage after wowing our town with his other project, the Golden Gate Wingmen, this past summer.

The joint got jumping with the delightful opening tune, Second That Emotion, a particular favorite of mine and many attendees of the show. It was a great way to excite the crowd and get some fans who are only familiar with John’s Furthur background. Within a few seconds, I don’t believe there was a single non dancing human. 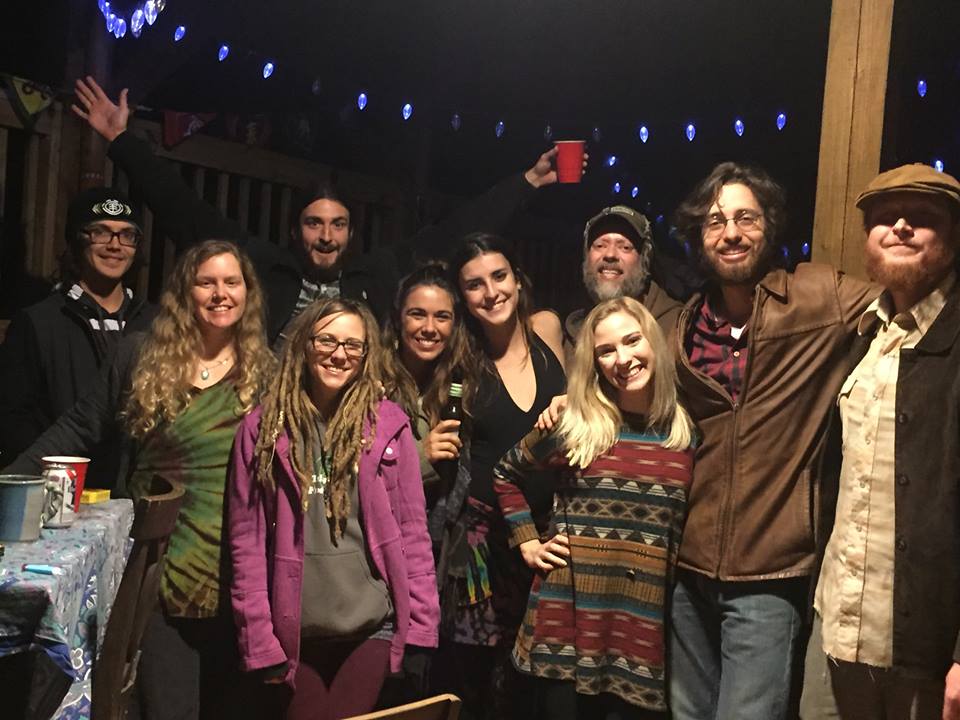 Following that, they smoothly transitioned into They Love Each Other, another crowd favorite. Tie dyed long haired ladies and gentlemen were singing and spinning to the classic ode to true romance.

The songs Slow Down and Not For Sale were laid out, then the true highlight of the night, a funky and original take on Sugaree. I have seen many John Kadlecik shows over the years and the band has definitely evolved, with a new key board player, background vocalist and bassist, their sound has changed and I couldn’t be more excited. The atmosphere shifted from groovy Jerry Band to a some what Grateful Dead disco party; John Kadlecik is back, baby- I definitely suggest grabbing the audio and hearing it for yourself.

Despite it being a rainy night; the audience spent set break in excitement and awe smoking cigarettes in the wetness and exchanging excitement about the bands performance. There was no thinning of the crowd as the band took back the stage for second set.

Sugaree may have been my highlight, but how can I not rave about a China Cat second set opener? Extremely satisfying to 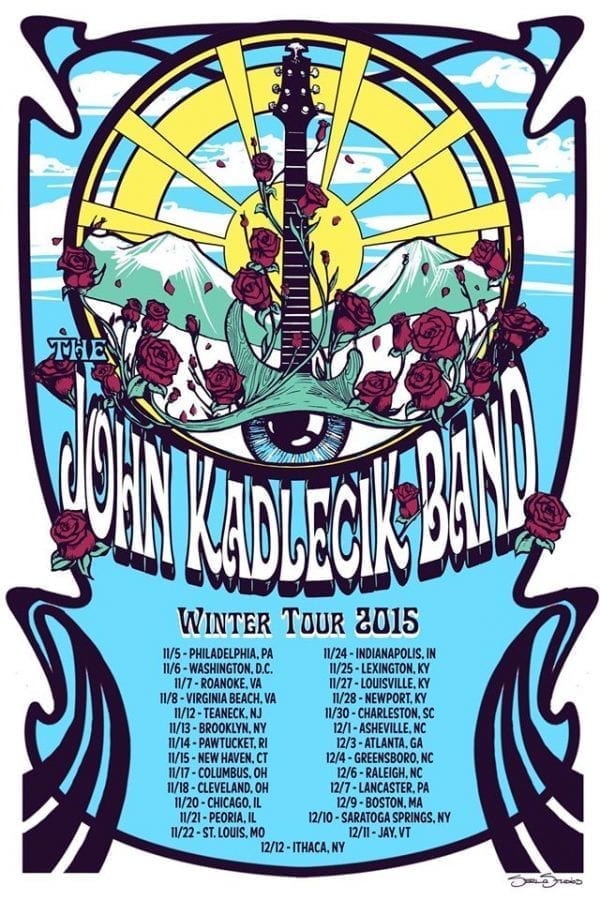 see John playing lots of Grateful Dead related songs, as many would agree.

However, his original song, Sister Smiles, played right after China Cat, tugged at the heart strings as well. It is one of my all time favorite songs, a very frequently played song in the John Kadlecik repertoire; it feels like John is singing it directly to you. You can’t fake the look of passion on his face as he tells us the story of a girl figuring out life, not caring if what she is doing is wrong or right, she won’t heed your words of warning and will forever keep her candle burning bright. The song stuck out to me, just like Sugaree, as he seemed to have breathed new life into it; playing it differently than I have ever heard before.

She Belongs To Me, Dim Lights Thick Smoke, And It Stoned Me, Dream #11, Spanish Moon> Aiko Aiko> I Know You Rider rounded out the rocking second set.

I felt a kaleidoscope of beautiful emotions at the show. I laughed, I loved, I danced, I made new friends, I saw old friends, and returned home that night inspired. The John Kadlecik Band is new and improved and brought the fire to the Blue Ridge Mountains. I cannot wait for the next show, hope to see you there.

1: Second That Emotion, They Love Each Other, Slow Down, Not For Sale, Sugaree> Lovers in a Dangerous Time, Man Smart Woman Smarter, Invisible Sun
2: China Cat Sunflower> Sister Smiles, She Belongs to Me, Dim Lights Thick Smoke, And It Stoned Me, Dream #11, Spanish Moon> Aiko Aiko> I Know You Rider
Enconre: How Sweet It Is