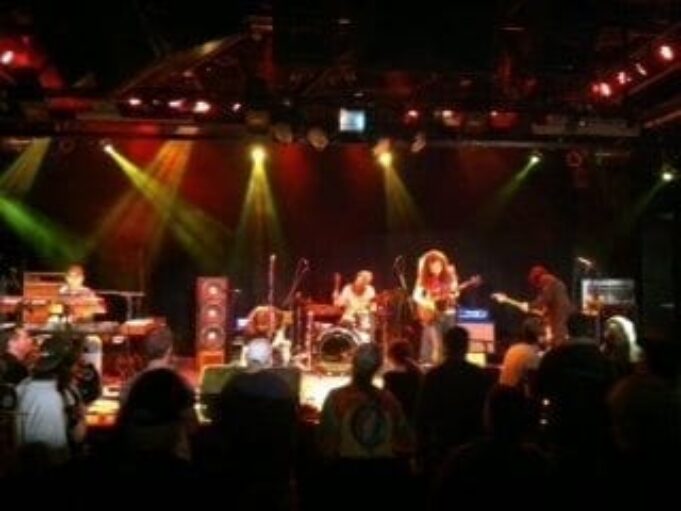 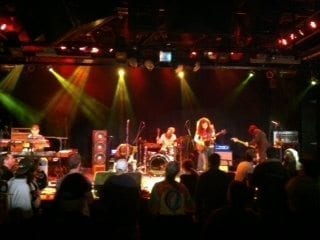 I was really excited to see this show as it would be the first time seeing John Kadlecik Band in its full form, as a five piece band including Mary Lankford.  We got there with plenty time, had a delicious dinner at Thai Taste about 5 minutes from Toad’s and got there in time for this Sunday night show.

The band took the stage and it was great to see them all smiling so much.  I connected with a few different friends who filled me in on how the recent shows went (the band had been in NJ, NY and Providence already that weekend) and the band fired up.  I’ll Take a Melody started the show and I could just tell the band was ready for some fun.

Mary Lankford indeed does bring a lot to the band:  She’s playing rhythm guitar mostly but is also taking some leads. 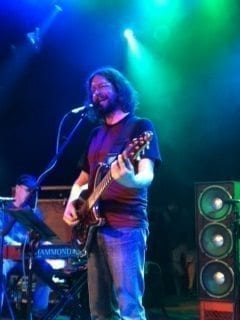 She’s singing alongside John Kadlecik and Klyph Black, not backup as much as singing along, and also taking the lead vocals in a few songs per show.  I was happy to see that they did an original song of hers, titled Not For Sale early on in the first set.

The band was firing on all cylinders and did two tight sets of great music.  Some of the material I had seen in the Baltimore shows that had been titled “a Hatching” when this band was formed in late October.  There was plenty of Grateful material including China -> Rider, a Fire on the Mountain that transitioned seamlessly into Bruce Cockburn’s Lovers in a Dangerous Time, a set one closing When I Paint My Masterpiece, a set two closing Not Fade Away, and an encore of How Sweet It Is.  There was plenty of non Dead material with Van Morrison’s It Stoned Me, New Riders’ Good Shepherd, expertly handled by Klyph Black, and other tasty nuggets.

There were some very interesting musical elements that I noticed throughout the show.  During Women Are Smarter there was a great second line feel, and a tease of Little Feat’s Dixie Chicken during the guitar solo.  During the Fire on the Mountain, there was a real nice reggae quality to the rhythms that I hadn’t really heard before in other versions.

Night Two in Baltimore with audio and video

Night One in Baltimore with audio and video

Something that I noticed that was really cool was the blossoming relationship on stage between Klyph Black and Mary Lankford.  He would often sidle up to her during lengthier solo breaks and do experimental drops and rhythmic irregularities that he was introducing and sharing with her.  It was just really great to see the sharing of music and different ideas so clearly spelled out on stage.

The John Kadlecik Band tour continues into the Midwest this week with upcoming shows in Columbus, Cleveland, Chicago, Peoria, St Louis, Indianapolis, Lexington, Louisville, Newport/Cincinnati and then into the Southeast.  For a full detailed list of shows, ticket links, and FB event links check out the summary story here. 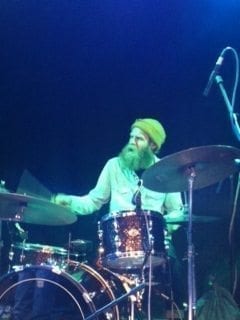 They Love Each Other

When I Paint My Masterpiece 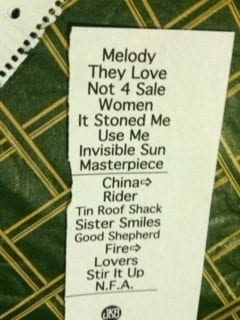 Fire -> Lovers in a Dangerous Time