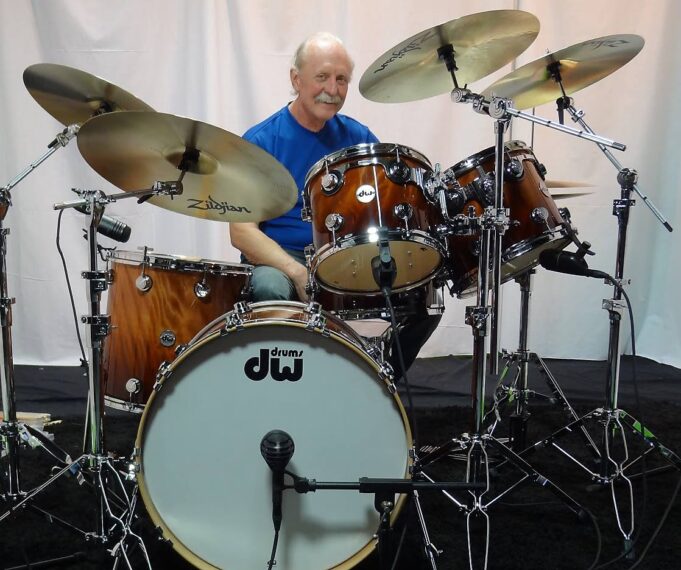 Today we remember Butch Trucks and the great music legacy he has left behind. Trucks was born on May 11, 1947 and died in West Palm Beach, Florida on January 24th 2017. He was married to Melinda Trucks for twenty five years and they had two children together. Trucks also had two other children from a previous marriage and four grandchildren.

I was fortunate enough to see Butch play numerous times with The Allman Brothers Band and also with his Freight Train Band. I’ll never forget that great smile he always had at the beautiful Suwannee River at the Wannee Festival.

On Dec 30th 2016 I really didn’t know how lucky I was having a front row seat to see a Legend in the intimate Hinman Auditorium at The Center for the Arts in Bonita Springs, Florida. This show was three shows before his passing and you wouldn’t have even known what was to come by his charismatic style of playing that brought the crowd to their feet. With the first notes of “Hot ‘Lanta ” Trucks and his band had everyone dancing.

The band rolled into the Muddy Waters classic “Trouble No More.” It was now time for the Jeff Beck single “Freeway Jam” with the skilled blues fingers of Damon Fowler. Then we were all treated to a first, and unfortunately last time played, “Dylan Song.” This was followed by the hopping-jazzy-blues “Up The Line”, a Little Walter cover into the very trippy version of the Allman Brothers song “Dreams.”

They broke out into smooth rendition of the classic Jessica from the Allmans album Brothers and Sisters, and that’s what we were that night all brothers and sisters in that auditorium thinking “Everyday Will Be Like A Holiday.”

Then the all too familiar guitar riff started the jamming “Statesboro Blues.” It was “Hippie Song” next into “Stand Back”, another great Allman Brothers tune. Butch Trucks then paid homage to the late Levon Helm by playing The Bands’ hit song “Ophelia.” The next number was “Goddammitt“, Butch then methodically led the band into “In Memory Of Elizabeth Reed”.

The band was treated to a standing ovation before the encore of “Whipping Post.”

Cherish those around you and always be there for your brothers and sisters you never know when the road might end.