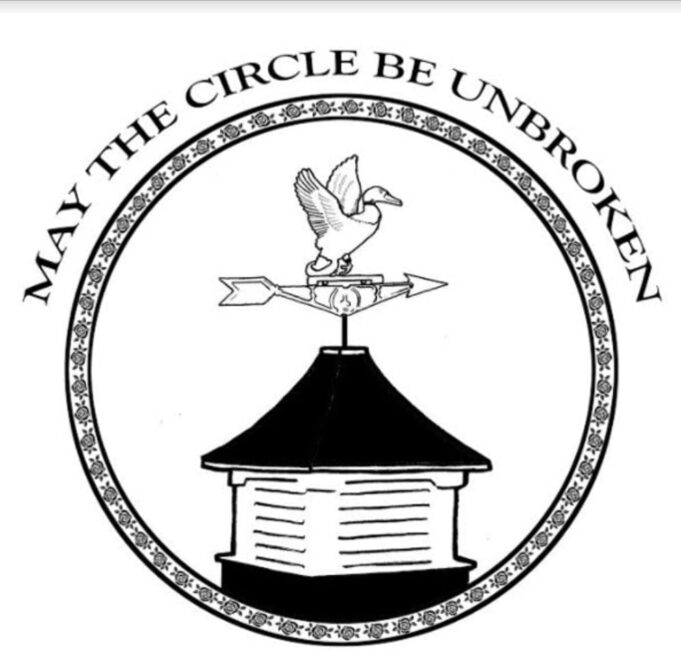 August 21 Rosedale Farms in Simsbury CT welcomes the legendary Max Creek for a family reunion celebrating their five decades as a band.

My wife took the kids on a trip this past weekend and I found myself on my own.  I had been mostly committed to heading to CT for the Max Creek family reunion and got my BS errands done Saturday morning and hit the road.

On the way down I stopped into Montague Center to sneak a peek at the Barbes in the Woods music festival before it opened.  I was intensely curious, and some friends own the property, so I snooped around for a few minutes.  It is a very cool looking event and I will try hard to not miss it next year.

But I was bent on spending some time Creek freaking.  I arrived at Rosendale Farms in Simsbury CT right on time, parked easily, and strolled into the venue.  Rosendale Farms seems to be a farm / event location where you can get married or hold an event like this.  A large tent was erected with a wide stage for the band, and plenty of space both under the tent and around it to roam around, mingle, socialize, and see the band.

This was a truly unique Creek show, celebrating fifty years as a band and the whole history of New England’s favorite band.  There is a whole year of celebrations from Camp Creek (early September) to official anniversary shows at the Infinity in CT in Hartford, and a generally celebratory mood about any Creek show these days.  This show however would feature the band’s totality of living former and current band members.  So, fans from the band’s origin to a new fan can get a real encyclopedic immersion into all things Max Creek.

The show started perfectly with Scott Murawski’s In Harmony.  What a positive message both for current events, but as importantly as a tip off to this show.  All members will be In Harmony.  Up next was Mark Mercier’s Fire and Brimstone and we were under way!  This was just the second song but guests were already appearing and for this song, one of my favorites from my introduction to Max Creek more than three decades ago, the band was joined by vocalist Amy Frazzano and Scott Allshouse (drums and backing vocals.)  The guest appearances were starting already and the band was off and running!

I will not go through a blow by blow of every song and every guest as both the recording and the set list really illustrate those things.  A few notes though that were particularly striking.  I did notice a few of the songs had the band taking on guests and doing a version of the song that differs from how the song is played currently.

The first of those that I noticed was Emerald Eyes, one of the few Scott Murawski centric songs played that night.  Murawski I am guessing took on more of a Musical Director role, and while there were a few of his tunes he seemed to be casually concentrating on the many guests coming and going.  The Field though was fascinating with extra vocals and lyrics during the chorus that I hadn ‘t heard before, and I’m a big fan of that song.  This will also illustrate the collective nature of the band that night as Bill Carbone sat Emerald Eyes out, but the band was joined by Frazzano again on vocals, Greg DeGugliamo on drums and vocals, Allshouse on drums and vocals, and Greg Vasso on percussion.  WHEW!  But the additional vocals and lyrics were very interesting and brought some new perspective on the song and its history to me.

The other most obvious song alteration was for Mark Mercier’s Big Boat.  Another favorite of mine that was a part of my Creek upbringing back in the late 80s was bolstered by guests and by a raucous chorus that harkened back to how the song may have been performed before I was on  my Creek voyage.  The vocals extended with a very spirited mighty chorus of singers much like the Emerald Eyes.

Many of us have seem lots of Creek anniversary  shows.  I was surprised to see someone wearing a 25th anniversary commemorative shirt and just the realization that said shirt itself was also twenty-five years old says so much.  So, the nostalgic feelings, the toasts from band members to each other and their audience, are comfortable and familiar to fans.  The biggest difference on this show though to me was that the historic band member sit ins weren’t cursory, they were more extensive than before.

I got my first ganders of both Frazzano and Dave Reed, about whom I knew from Creek lore, but I had not really heard many recordings with them and Reed had been a complete mystery to me until this day.  Bob Gosselin got in the game with songs on both drums and vocals. Conspicuous in his absence, and of course death is the ultimate hall pass, was percussionist Rob Fried.  But he was however represented as someone had brought his conga and one of his telltale hats and those were set on the stage so that only the most observant would see them.

The show purportedly was two sets but you couldn’t tell by being there.  The sets were joined by a span of drums that lasted just shy of twenty minutes and contained not only six different drummers for Creek, but also several band members who came up to play on percussion, too.  This provided the non-drumming band members a few moments for rest and refreshment, and the drummers carried the weight which they could afford to do as they had rotated in and out through the show already!

I definitely enjoyed hearing certain songs I have not heard in years. John Rider’s take on Little Feat’s Let It Roll brought me right back to Katina’s, where I saw the band in the late 1980s when I was going to UMass. I could instantly feel myself in that room, could see the others in the crowd from that night 32 years ago.

The last hour or more had the predictable nostalgic feel and veered away from Creek originals into traditionals and covers.  Frazzano performed a spirited Somebody to Love by Jefferson Airplane.  There was a slew of songs to end the show and the encore was composed of anniversary style classics like Goin Down the Road Feelin Bad, I Know You Rider, and the double encore of I Shall Be Released and The Circle.  The only sort of surprise for me in there was toward the end of the pre encore a version of the Grateful Dead’s Touch of Grey.  I’m sure there are Creekofiles out there who will scoff, but I can’t remember seeing one myself over the years and what is I’m guessing 100 shows.

All in all, this was a great show and celebration of the long history of Max Creek.  The showcase of past musicians was beyond honorific and was a nice way to spend time with the extended Creek family.  You know, kind of like a family reunion.