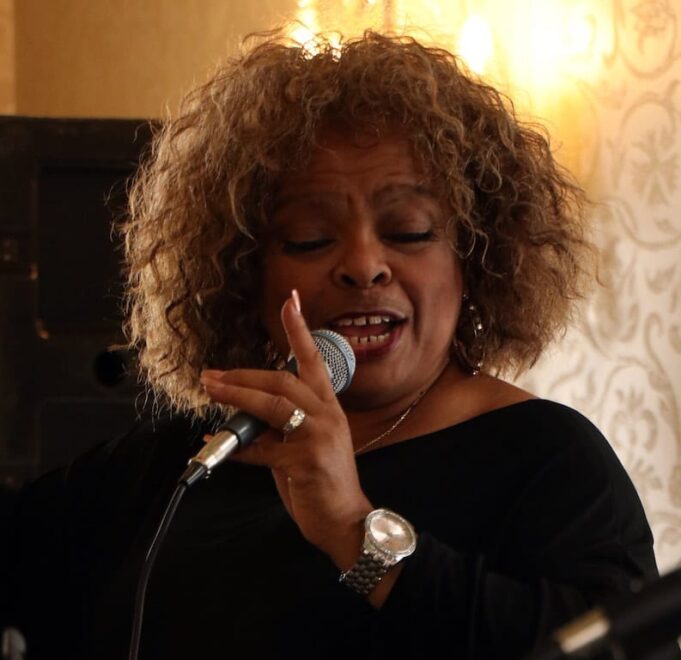 As I enjoyed another night of the great American Classical Music [more well known as Jazz] last Tuesday night, I couldn’t help noticing that as it was the 21st of January, we’re in the last year of the Presidency of the dude with orange hair. Whether or not he’s beginning another term a year from now is hopefully up to us, the people. As he’s fond of saying, “we’ll see what happens!” What happened on this night though was a stunning jazz vocal recital by Hartford, CT’s Linda Ransom. Ransom is a veteran jazz vocalist who worked out of Atlanta, GA for two decades before returning to Hartford.

The Green St. Trio always locks in with the artists they support on a weekly basis and tonight was no exception. Ransom’s set was mostly made up of well known Jazz “standards” but she brought a skilled, fresh and lively approach that brought each melody and lyric right up to the moment. As basic as my knowledge of the idiom may be, I  knew most of these tunes, but enjoyed hearing these up to the minute interpretations.

Ransom opened with “It Had to Be You,” and followed with a sultry “My Funny Valentine,” which featured great brushwork from drummer Jon Fisher. The band then swung into “Green Dolphin Street” on which Ransom displayed her wide vocal range and mic technique. Jon Fisher kept up the swinging brush work on the medium shuffle of “Time After Time” before Ransom got the audience lending their finger-snaps to a hot version of “Fever” on which she interpolated Carole King’s “Feel the Earth Move.”

Next up was the Etta Jones classic “Don’ Go To Strangers,” with Ransom assuring us that “I’ve been through it all, and I’m an old pro,” while Arslanian punctuated the statement with runs that seemed to touch all 88 keys.

Ransom displayed the deep blue beauty of her voice on “The More I See You,” with some soulful off-mic asides during the piano break. Jon Fisher laid out one of his trademark solos in this tune. We reached the peak of this generous 10 song set with “Guess Who I Saw Today,” a dramatic story song of infidelity which Ransom dedicated to the great Nancy Wilson.

The set drew to a close with Dinah Washington’s “What a Difference a Day Makes,” and a hard blues shuffle take on “Fly Me to the Moon,” the classic most associated with the “Chairman of the Board.” Frank Sinatra, and the late Judy Garland.

I’ve been blessed to hear some great singers in my life, including “the Queen of Soul,” Aretha Franklin. I’d have to count Linda Ransom among them. Another hot jazz session on a cold winter’s night!

Not from this show but it’ll give you an idea of her performance:

David Boatwright is a long standing member of the western MA musician community. He fronts the band the Equalites who are one of the longest running reggae bands in New England. He is additionally an expert in blues, jazz and rock and roll music.

Drop us a line at [email protected] with your live show review or live music news item.