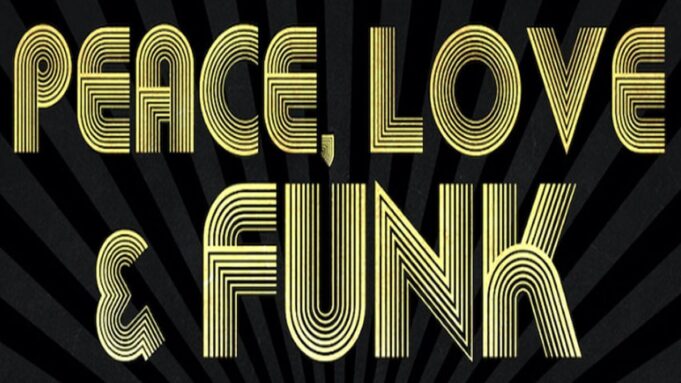 A large and expansive all-star band featuring Nikki Glaspie, drummer-singer and leader of The Nth Power, and some of her talented musician friends came together to perform at the second annual Peace, Love & Funk event. In total, there was anywhere from 17 to 20 players in the relatively standard, small stage. Joining Glaspie was Nth Power guitarist Nick Cassarino and bassist Nate Edgar, singer Amanda Brown, drummer Mike Mitchell, and a crowd of collaborators from Ghost-Note, among them Robert “Sput” Searight and Nate Werth on percussion, MonoNeon on bass, guitarist Peter Knudsen, Jonathan Mones on alto sax, Mike Jelani Brooks on tenor sax, Dominique “Xavier” Taplin on the keys, TJ Wilkins on vocals, Alex Wasily (from Dumpstaphunk) on Trombone and Enrique Sanchez from (Nikki Glaspie & The Homies), and Sylvester Onyekiaja (a.k.a. Sly5thAve) on baritone sax and the ones and twos before, during, and between sets.

Performing for close to three hours, funk, jazz, soul, and R&B were part of the music soundscape. Aretha Franklin’s “Jump To It” and “Change of Heart,” by the band Change to the Bar-Kays’ “Traffic Jammer,” and Michael Jackson’s “PYT,” Glaspie and the band kept the crowd dancing to classic cover favorites. Oto Nori from Japan sat in with the rhythm section toward the end, and Jurassic 5’s Chali 2na, who hosted the event and sang on a rendition of the O’Jays’ “Give the People What They Want.”

It was a joyous, soulful celebration of music set against a backdrop of a worthy cause for an important organization. And this was just the first set of music. The charitable event, held at The Mint in Los Angeles, CA on January 24th, was a benefit concert for Camp Ubuntu and the Harold Robinson Foundation. Proceeds from the evening, including ticket sales and art auction, went to the Harold Robinson Foundation, which partners with Camp Ubuntu to bring groups of marginalized students from South L.A. to the Angeles National Forest for three-day retreats at the Canyon Creek Complex. Before the second set, and during the intermission, Nikki Glaspie herself appealed to the audience to donate. The drummer/singer spoke seriously and passionately about the positive impact the foundation has had on the students’ lives. She talked at length about the opportunities it affords the students who wouldn’t otherwise have enriching them in meaningful and impactful ways.

Nick Cassarino performed his heartfelt and incredibly moving original song, “I Will Never Leave You,” written about his experience at Camp Ubuntu. Then, soon afterward, the rest of the band returned to the stage and performed Chaka Khan’s “Do You Love What You Feel,” Prince’s “I Would Die 4 U,” and Prince’s “Let’s Work.” All the musicians had a chance to shine individually in the spotlight taking turns soloing, dueling, and jamming. There was a powerful spirit, vibe, warm camaraderie and familiarity among all the players. Performing onstage, they all seemed so connected and in sync with one another. There was a strong soul connection going on as well.

The Peace, Love and Funk fundraiser was great evening of musical entertainment performed and provided by seasoned and accomplished musicians. But most importantly, it drew attention and awareness to the Harold Robinson Foundation using camp as a fun and empowering vehicle to effect social change and help lift up the lives of the disenfranchised students in South L.A.