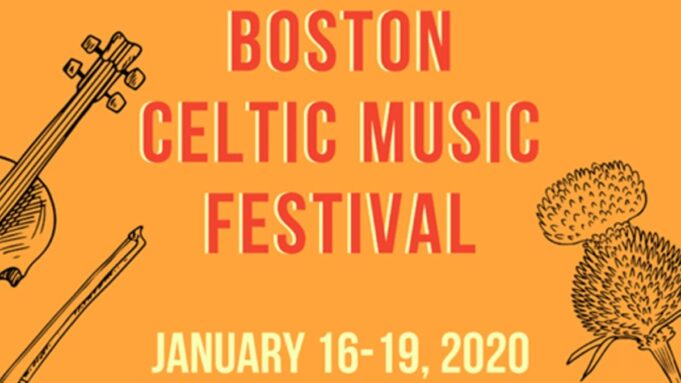 The 17th annual Boston Celtic Music Festival, known as BCMFest, brings some of the most talented celtic musicians in the Northeast to Harvard Square January 16-19, 2020. Presented by Passim, the festival will showcase greater Boston’s deep tradition of music, song and dance from Irish, Scottish, Cape Breton, and other Celtic communities. The festival will feature more than 60 performances spread out across four days at Club Passim and the Sinclair.

This year, the festival will include performances by renowned Cape Breton duo Mary Jane Lamond and Wendy MacIsaac, and traditional Irish step dance virtuoso Kevin Doyle. Mary Jane Lamond is a Canadian Celtic folk musician known for combining traditional and contemporary material. Wendy MacIsaac is a renowned fiddler from Cape Breton recognized as one of the “old school” style of players who has kept the traditional sound going and has a deep respect for it. Together the pair released an album, Seinn, in 2012 which won a Canadian Folk Music Award for traditional album of the year and a Music Nova Scotia award for traditional/roots recording of the year. Kevin Doyle is a world renowned Irish step dancer. A US champion Irish step dancer in his youth, Doyle has gone on to cultivate a career as a performer, choreographer and teacher of “close to the ground,” old-style Irish dance as well as American tap dance. In 2014, he was awarded a National Endowment for the Arts National Heritage Fellowship.

“The 2020 line-up reflects BCMFest’s commitment to presenting a diversity of sounds in Celtic music, whether strongly rooted in traditional styles or reflecting contemporary influences and perspectives,” said BCMFest Board Member Sean Smith. “The entire event is a four day long education, giving audiences a taste of everything that makes the Celtic music magical.”

All BCMFest 2020 performances will take place in Harvard Square, at Club Passim, located at 47 Palmer Street, The Sinclair, located at 52 Church, and The Atrium, located at 50 Church Street. Highlights of the festival include:

●      First Round concert on Thursday, January 16, offering an introduction to Celtic music in Boston through a mix of long-time and recently-arrived local performers.

●      Roots and Branches Concert on Friday, January 17, presenting a taste of the dynamic sounds and different styles to be heard in Boston’s Celtic music community.

●      Boston Urban Ceilidh, Friday, January 17 at The Atrium. This perennially popular Celtic dance party features social dances from Celtic traditions, all with live music. No prior dance experience is necessary!

●      Dayfest offering 12-plus hours of Celtic music, classic traditional to contemporary sounds. Dayfest takes place on Saturday, January 18 at both Club Passim and The Sinclair.

●      Saturday night’s BCMFest Nightcap at The Sinclair with performances by Mary Jane Lamond, Wendy MacIsaac and Kevin Doyle as well as various festival musicians for an extravaganza that showcases Boston’s prominence in Celtic music and dance.

●      Festival workshops on Sunday at The Passim School of Music.

About Passim
The mission of Passim is to provide truly exceptional and interactive live musical experiences for both performers and audiences, to nurture artists at all stages of their career, and to build a vibrant music community. Passim does so through their legendary listening venue, music school, artist grants and outreach programs. As a nonprofit since 1994, Passim carries on the heritage of our predecessors-the historic Club 47 (1958-1968) and for-profit Passim (1969-1994). We cultivate a diverse mix of musical traditions, where the emphasis is on the relationship between performers and audience and teachers and students. Located in Harvard Square, Passim serves Cambridge and the broader region by featuring local, national and international artists. Our ultimate goal is to help the performance arts flourish and thereby enrich the lives of members of our community.

Drop us a line at [email protected] with your festival preview, live show review, or live music news story.