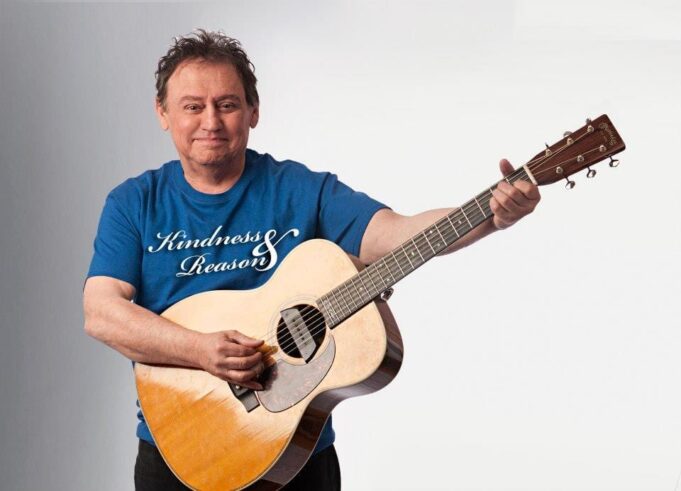 Roger Salloom, “America’s Best Unknown Songwriter,” will play a special performance at the Haymarket Lounge at City Winery Boston on Saturday, January 11th. RSVP to the Facebook event here and buy your tickets at this link. Doors open at 6:30 PM and the music begins at 8 PM.

Among Roger’s many accomplishments over the course of his storied career, he boasts two hit records, 20 years apart, on Boston’s own WBCN – the latter lauded as a “Big Mattress Song of the Week.” Though his first successful song, “Marie La Peau,” was a success at WBCN, it may surprise fans in the Boston area that he’s never performed it live in the very city in which it was a hit! This may, of course, change on the 11th, but you’ll have to come out and see for yourself. . .

Among the many feathers in Roger Salloom’s cap, an award-winning filmmaker, Chris Sautter, made a full-length feature documentary about him in 2004: SO GLAD I MADE IT, THE SAGA OF ROGER SALLOOM, AMERICA’S BEST UNKNOWN SONGWRITER.  It was broadcast monthly on The Documentary Channel around the world and screened in 36 theaters around the country, sponsored by The National Academy of Recording Arts and Sciences and was recognized in GRAMMY MAGAZINE as one of about a dozen ‘docs that rock’ which should be seen by NARAS members.

Yet the artist remains relatively obscure performing and writing under a thin but resilient layer of obscurity. “I can rise to the occasion, but if there is no occasion, apparently, I do not rise,” says Roger today.

A few of his rave excerpts below suggest true deep talent, note that there are other, additional 100 reviews and credentials behind these which would be the envy of any musician…

Here’s what the critics are saying!

“…The writing talent of Dylan or Guthrie… musical genius…hilarious and tragic, kindhearted and careless, all the complexities of a real human being.” ~IMDb.com

“A hybrid of Dylan and McCartney” ~Kevin Matthews, Fufkin.com

“Roger Salloom’s voice quickly suggests a comparison to early Bob Dylan, but it’s this vet’s penchant for telling a great story that puts him in the same category.” ~Time Out New York

See for yourself- go see Roger Salloom in Boston this Saturday!

Drop us a line at [email protected] with your show review of live music news story.