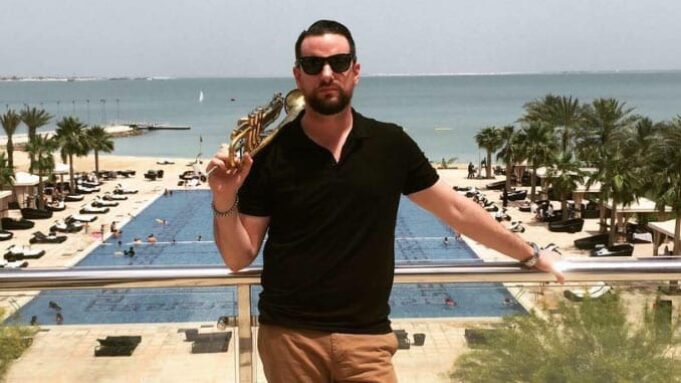 Jazz has always had an exalted place in the musical tapestry of the Pioneer Valley, with the Five College presence and clubs like the Iron horse and less prominent venues featuring a wide variety of styles for fans avid and casual. I’ve said it before, but the Tuesday night Jazz series at the Spare Time Lounge is a great extension of this long Valley tradition. Week after week, you can hear a blazing set with the house trio of Paul Arslanian [piano/keys] George Kaye [acoustic bass] and Jon Fisher [drums] backing up one world class player after another. The guest stars are often coming off a 3 or 4 night run at a prominent NYC Jazz club like Small’s or a tour at a far off corner of the Globe. Yeah, it’s that good and right down at the end of Pleasant St. in Northampton. It is rarely “too” crowded but you best get there well before the 7:30PM “hit” if you want a good seat. Lots of food and drink are always on hand, too.

The summer wound down on August 27th with trumpeter Josh Bruneau, an accomplished hard-bopper in his early 30’s.

Bruneau opened with a fast shuffle by his Hartt School mentor, Jackie McClean, and followed with a medium tempo latin tune “Sweet Honeybee” that he heard as a 12 year old on a Lee Morgan LP.

Next up was an original “What’s That Say?” which he had just performed on tour in S. Korea. This very fast tune was dedicated to another mentor, trombonist Steve Davis, and featured a crisp drum solo from Jon Fisher. The timely Horace Silver slow ballad “Peace, Can You Dig It?” followed.

Bruneau closed the set with two dedications to two more giants of Jazz. He marked the 60th anniversary of the classic Miles Davis LP,” Kind of Blue” with a very uptempo version of “All Blues” from that set. Noting that it was also the birthday of Lester Young, he closed with the latter’s “Lester Leaps In.” Josh Bruneau brought the past, present, and future of Jazz together on just another great night at the Northampton Jazz Workshop with the Green St. Trio.

Can you dig it?

Here is an example of Bruneaus playing from last year. Here he plays a couple of spirited choruses over the beautiful changes of the Hilton Ruiz tune “Sony’s Mood”

David Boatwright is the band leader of the Equalites, one of the longest standing reggae bands in western MA. He is an expert in reggae music, but his knowledge extends into blues, rock and jazz and his wealth of knowledge about players, producers and writers is unmatched.