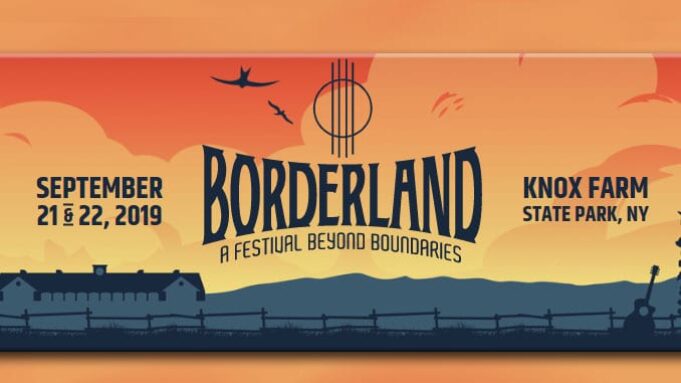 Next weekend, on September 21 and 22, Borderland Music and Arts Festival will take place for the second year in a row, happening once again at Knox Farm in the town of East Aurora, NY. From an art garage to an Alpaca farm to craft workshops and local food offerings, there’s a lot of unique stuff in the works for this two-day event. But at the top of that experience, of course, is the festival’s heavy-hitting lineup of musical performers which will mix bluegrass with jamband rock, soul with indie, and more. Last year, as an example, Borderland made it’s debut with an impressive first ever lineup, boasting sets from the likes of John Oates, The Revivalists, Sam Bush, and others. Yet this year’s music looks even better.

Here’s a quick break down of Borderland Festival’s 2019 lineup: seven of our favorite performances planned to happen next weekend. (And, obviously, this only covers almost half of the festival’s scheduled live music.

We’re starting off with this one, because while you could potentially see any other artist on this year’s Borderland’s lineup somewhere else, this collaboration you really might not have the chance to see anywhere else but at this festival. Keller Williams, one of the modern day’s true keepers of The Grateful Dead flame, has presented the band’s rich songbook of jams in a variety of ever-changing projects, and a number of times that has included the incomparable jamgrass outfit The Infamous Stringdusters. A very excitable addition to the set will be bass legend Oteil Burbridge, long time member for The Allman Brothers but also more recently Dead and Company. Suffice to say, Borderland will see a set jam-packed with players that know how to make these songs really shine.

For a taste of how rip-roaring Keller and The Stringdusters can make a Dead tune, peep this video from their Summer Camp Music Festival set a few years back.

We thought we should mention the names comprising this band, because they’re the names that have helped power-up groups like Joe Russo’s Almost Dead, Phil Lesh and Friends, Dopapod, and more. So when they came together just last year to form a new indie-rock-inspired, psychedelic supergroup, we knew it was gonna be good. And it has been. Just a handful of (really prominent) music festivals this year have been lucky enough to snag a set from Ghost Light, and with Borderland being one of them, that’s a big deal.For those yet unfamiliar, watch a bit of Ghost Light’s improvisational mastery with this performance of two originals, “Best Kept Secret” and “Leave The Light On” from earlier this year.

We’d be remiss if we didn’t admit that Gov’t Mule’s two-hour, headlining set on night one is one of the most exciting parts of Borderland’s lineup next weekend. Two-hours of face-melting Mule. That’s pretty much all we should have to say about this one.

Borderland Festival actually recently hosted a viewing of the trio’s live concert documentary Bring On The Music, which was filmed during at killer show at Port Chester’s The Capitol Theatre earlier this year. Here’s a piece of that film, below: Mule’s performance of the title track “Bring On The Music.

There’s a few artists on this Borderland lineup whose music can induce goosebumps from the very first couple of notes—one of those artists is the enigmatic Rayland Baxter. The thirty-five year-old singer songwriter is still relatively fresh into his career, with three albums released since starting out in 2012, but even in this year alone he has a tour planned with indie megastars The Head and The Heart, a highly received tribute to millennial luminary Mac Demarco, and nods of approval from Rolling Stone Magazine under his belt. Check out this live cut of the great original tune “Hey Larocco” Baxter did at Paste Studios in NYC at the end of last year.

Eighty! The one and only, soul music icon Mavis Staples is eighty years old, and still making and performing music. On the one hand, you have to commend any musician of Staples’ historical stature that refuses to rest on their past accomplishments. But ask anybody who has heard the soul superstar sing this year at renowned venues like Red Rocks, The Ryman Auditorium, or Glastonbury Festival—she’s not just still performing, she’s still kicking ass. And not only does she still sound good, but she’s still writing great stuff.

Her newest album, released earlier this year, is called We Get By and was made with good friend Ben Harper.

6. Liz Cooper And The Stampede

Is it garage punk? Is it low-fi jam? Is it indie pop? All of the above? In the list of artists that fit the textbook definition of cool, Liz Cooper and her trio The Stampede rest confidently and casually near the top. But while the songs are cool enough, the trio’s live show takes it all to another level. We’re talking rolling across the stage floor, we’re talking using guitars as percussion instruments, we’re talking non-stop, in-your-face, rock and roll grit. Take witness to The Stampede’s raucous energy from this performance of their original song “Hey Man” at Audiotree Music Festival a few years back.

Boy, Borderland certainly went all out for power trios this year. And we’re not complaining. The Wood Brothers, well…if you know them, then you know one of the finest musical trios going today. Every next song, every next solo or three-part-harmony just seems to be better than the last one. And don’t let the acoustic instruments or the rustic stage attire fool you: guitarist Oliver Wood, bassist Chris Wood, and drummer Jano Rix get down as hard anybody else on Borderland’s 2019 lineup.Here’s the trio performing a handful of their great music at Rockaplast last year.