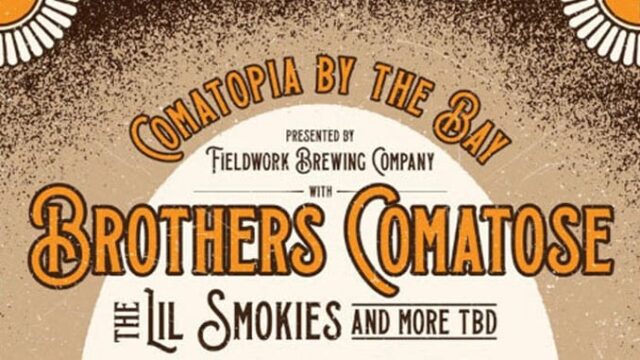 Presented by Fieldwork Brewing, Comatopia By the Bay features The Brothers Comatose, The Lil Smokies, and more on December 13 2019

Saddle up and hold onto your hats, one of the West Coast’s premier Americana music festivals is coming to Berkeley for one-night-only at Comatopia By The Bay, presented by Fieldwork Brewing Company, featuring The Brothers Comatose, The Lil Smokies, and special guests at The UC Theatre on Friday, December 13, 2019. A darling of the summer festival circuit for several years, Comatopia was renowned for uniting The Brothers Comatose’s close-knit Bay Area community of friends and family with an array of their favorite bands. At The UC Theatre, the tradition lives on with a highly curated set design, exceptional craft beers by Fieldwork Brewing, and guest artists sure to help make this an unforgettable evening in the Bay.

At the heart of Comatopia By The Bay is the same ethos that’s shaped Comatopia at Bandit Town USA from 2015-2017. Come December 2019, right here in the Bay, The Brothers Comatose and The Lil Smokies invite their fans to experience a truly collaborative musical moment where guest sit-ins, a big welcome jam open to public participation, and electrifying performances of the bands’ latest tunes and classics will fill the night with a special community kinship. A stage design set out in the country and ready for a hoedown, Comatopia By The Bay captures the essence of an outdoor festival at one of the Bay Area’s finest music venues.

The Brothers Comatose are firing on all cylinders with its new lineup featuring brothers Ben Morrison (guitar, vocals) and Alex Morrison (banjo, vocals) alongside longtime violinist Philip Brezina as well as new members Scott Padden (bass, vocals) and Greg Fleischut (mandolin). The raucous bluegrass band is anything but a traditional acoustic string band with their live sets resembling stadium rock concerts and songwriting along the lines of Hank Williams mixed with The Rolling Stones. When the band is not headlining The Fillmore for a sold-out show or appearing at Hardly Strictly Bluegrass, The Brothers Comatose is in the studio with the likes of producer John Vanderslice or performing across the globe as cultural ambassadors for the US State Department’s American Music Abroad program.

The Lil Smokies present the same dynamic energy on stage as they do on their latest studio album, Changing Shades, showcasing the band’s distinct songwriting set amongst their bluegrass roots. The Lil Smokies — featuring Scott Parker on bass, Jake Simpson on fiddle, Matt Rieger on guitar, Matt Cornette on banjo, and Andy Dunnigan on dobro — won the 2015 Telluride Bluegrass Band Competition and took home the 2016 IBMA Momentum Band of the Year Award. They’ve gone on to wow fans at High Sierra, Telluride Bluegrass, DelFest, FloydFest, and venerable venues around the country.

Berkeley’s own Fieldwork Brewing Company will have several of their idiosyncratic beers on tap at The UC Theatre. Brewing an ever-evolving roster of highly aromatic and well-balanced beers, Fieldwork will pour their latest seasonal beers sure to delight craft beer fans while they enjoy some of the best string band pickers performing on the contemporary Americana music scene.

Additional artists will be announced in the coming weeks. Tickets to Comatopia By The Bay can be purchased for $26 on Eventbrite. 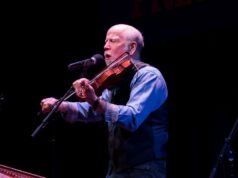