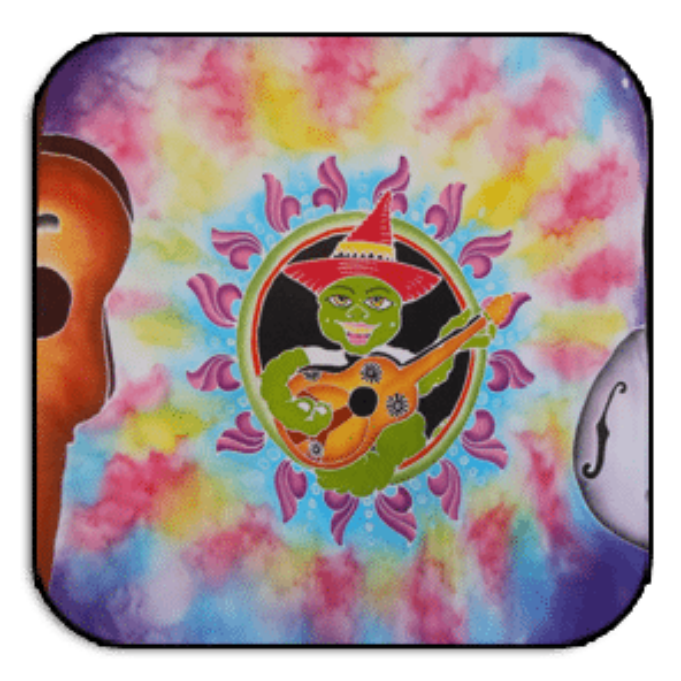 It’s a marathon, not a sprint.  You have to pace yourself.  Sunday morning dawned bright and hot as the rest of the weekend had been at the Wormtown music festival.  I for one was feeling the effects of three days in a row in the nineties.  But, hydrate and have fun, and the rest will sort itself out. 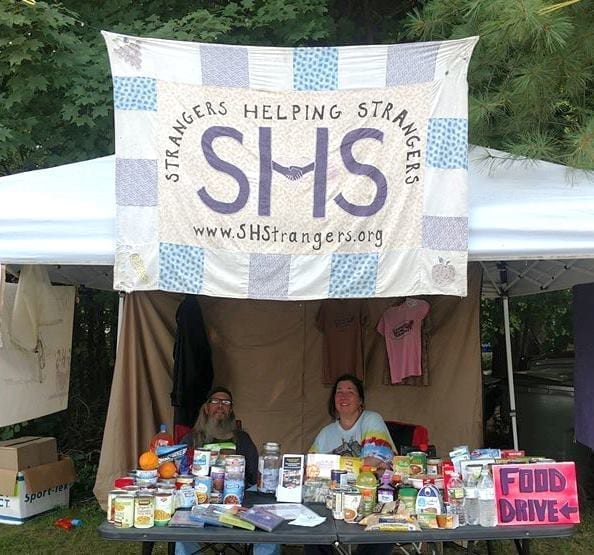 Sunday morning at Wormtown can be a mellow affair, as revelers have really spent a lot of their party energy already, and it takes a minute to get the party gears rolling again.  So the music can be more reflective.  The first band I saw on the main stage was The Greys, who had a short set.  Their sound ranges from emo to indie to avant garde. Show audio:

Next up my good friend Courtney Parker’s new band, Spinelli took the stage.  Courtney has performed at Worm events for years, I first caught her there I think about four or five years ago when she was singing with Llama Lasagne down at the Riverworm stage.  But she has performed there again with Llama, many times with rice – an American Band and I’ve also seen her sit in with Rebel Alliance.

Spinelli is a band seeming like they are rising up out of a weekly show at Bishop’s Lounge in Northampton MA.  Kat Rapacki on vocals and hooter, Evan Curran on vocals and guitar and Chris Ball on bass and vocals join and I think that was Jimmy Robataille playing a cajone with them, too.  The sound is very bright and happy and melodic.  The songs were likely almost all entirely songs that have never been played by bands at Wormtown including Hold My Hand by Hootie and the Blowfish, Give Me Just a Little of your Love by Heim, Linger by the Cranberries and Love on the Brain which featured a guest appearance by Ilana Morris (of the Alchemystics and Wurliday).  Originals too by Parker and a Shiprock and Anchordog song penned by Curran and even a song by Jon Carroll (Parker plays in his band too, he’s a well known musician whose 70s hit Afternoon Delight in the Starland Vocal Band was an AM radio staple). All were done with great melodies by Parker and excellent support by her band mates.  It was a bright and sunny way to wake up to the day and get warmed up!!

Up next were the kids parades and sets up on the main stage.  This is a great feature of the festival which encourages family attendance and participation.  The kids are always cute and this year had a bit of a teens jam for a few songs, illustrating the likely future of Wormtown music being grown right there on site. Rev Tor took the stage with his latest project, Steal Your Peach Band.  As you may expect the band mashes up the music of the Grateful Dead and the Allman Brothers band.  The musicians are all top notch including my ol friend Brian O’Connell from Uncle Sammy on bass.  Tor is made for a band like this and his ability to handle and manipulate the material with great proficiency was on display this Sunday afternoon for sure.

In Memory of Elizabeth Reed, Althea, One Way Out, Franklin’s Tower, Dreams, Love Light, Whipping Post, and the capper, US Blues.

Ryan Montbleau band came next with a full band and the happy vibes we’ve come to expect from RMb.  At one point Beau Sasser jumped up there to guest on keys I think…  The set was mostly originals with the Beatles’ Obla Di Obla Da as one of the covers.  Ryan told stories between songs and he and the band seemed super comfortable.

And the final band to hit the main stage was of course Max Creek.  This year’s Wormtown featured some new major bands, and instead of their customary Saturday night positioning they took up a lengthy three hour stage slot on Sunday afternoon.  The band members remarked on the heat and the unusual nature of the band playing during the day time at Wormtown.  Guitarist Scott Murawski suggested a blood transfusion as only the mighty could stand the sweltering heat and bright sunshine that was in store for us that day. Almost full show audio:

It was an unusual Creek show it felt, as the set opened with John Rider’s Wild Side which had a lengthy segue into Murawski’s Truck Drivin Blues.  The set featured plenty of Max Creek staples like Bill Carbone’s I’ll be your Baby Tonight to Peaceful Warrior.  But there were plenty of rare nuggets and surprises like Mark Mercier’s Walking Through Jerusalem, Chains of Life, Carbone’s infrequently played Must Be Nice, and the finale Free Born Man.  Even Jay Stanley got into the vocal game with his always excellent Down in the Jungle.

Before the encore was a nice speech by Worm host Mark Blanchette who talked about the warm feeling you get at Wormtown and how even though it will be quite some time before we’re all together again, he asked us all to share some of that warmth and feeling with others we meet down the road.  A clear outline of the Worm vision could not have been uttered better by anyone.  He also mentioned how important Max Creek was to him in his life and therefore to the development of Wormtown as a festival.

The band came back on and did a lengthy Circle Be Unbroken followed by the aforementioned Free Born Man.