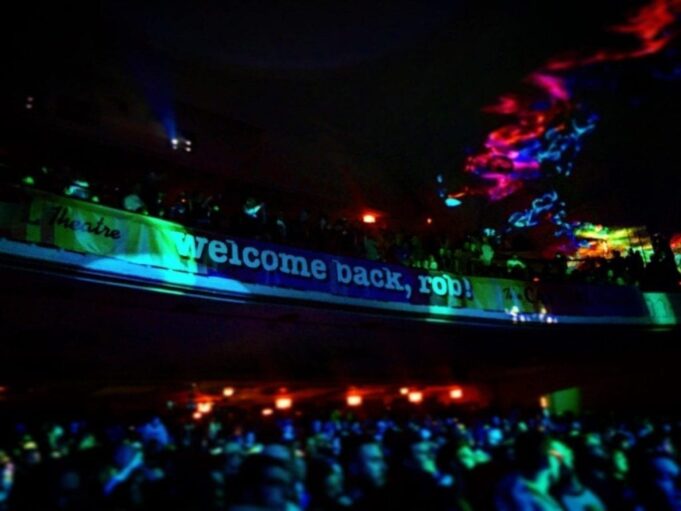 moe.
The Capitol Theatre, Port Chester, NY
February 3, 2018
Night number two
Story by Scott Speidel
To submit a review or story for consideration hit us at [email protected]
Check out the Live Music News and Review.com Facebook page for updates and announcements.

From the video channel of William Corcoran:

Check out the review of night one here.
You could feel the energy emanating from The Capitol Theatre from 100 yards away. The previous nights show was a mindblower, for multiple reasons. For one, it was the return of Rob Derhak and moe. after announcing a indefinite hiatus many months before due to unforeseen and unfortunate circumstances. Two, the band played with passion and fury. It was not lost on them what that night meant. To them and to the sold out audience. Third, the fans. I have not seen that many tearful faces at a concert before. This night was not lost on us either.
Full show audio as taped by Josh Cable:
On to night two. The beauty of The Cap is that people who go there on a regular basis tend to gravitate to the same area for each show. You tend to see a lot of familiar faces. The security guy who always tells you to have a “Grateful” show. The Street Teamers (Squirrel Squad) who always seem to congregate in the same area. Who are always good for a laugh and a hug. It is always more of an experience than just a concert which always adds to the moment. Tonight a lot of the same faces that were there the night before are here again.
From the video channel of William Corcoran:
The lights dim. Tonight it’s only moe. No openers. Rumors are flying around that they are going to go the distance with the extra time. They take the stage. Rob’s daughter hands out Valentine’s Day cards to the audience in preparation for the upcoming holiday. Which was one of the cutest thing ever seen at a concert. Cute and concerts rarely go together but this was absolutely adorable. Click, click, click the opening notes to Okayalright start. We are off!
moe. has locked in with each other and they are on fire. They are feeling it. They look energized and happy to be back. The crowd is loving it and send all of their love and energy to the stage and the band happily accepted it. For one of the first times in my life, the rumors were true. They are going the distance tonight. They played a multitude of fan favorites spanning throughout their history. A good mix of new and old. Starting at about 8:30 with one set break, they played until after 1:00 am.
The highlight of my night was the lengthened Recreational Chemistry. With a combination of hard driving and spacey jams throughout the song. Their musicianship and ability to maneuver through this intense jam was second to none. moe. is back and announced their presence with authority. Welcome back moe. Welcome back Rob. You mean so much to all of us. We are happy to see you happy and healthy. And looking forward to many more years.

From the video channel of William Corcoran:

Set 1: Okayalright Not Coming Down