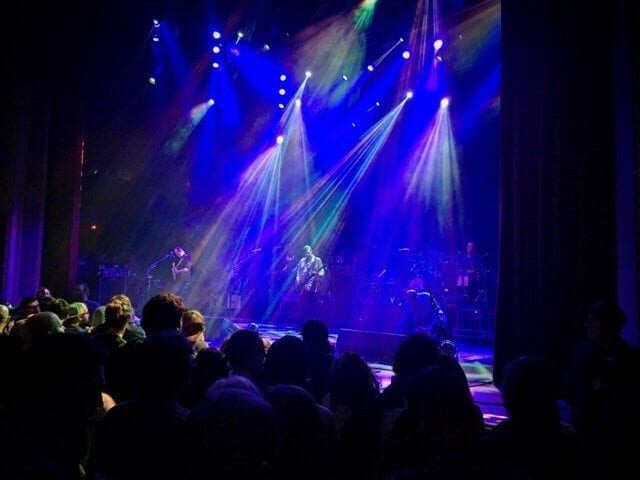 moe.
The Capitol Theatre Port Chester NY
Feb 2, 2018
By Scott Speidel
To submit a review or story for consideration hit us at lmnandr@gmail.com Check out the Live Music News and Review.com Facebook page for updates and announcements.

Just a few months after announcing their indefinite hiatus due to reasons beyond their control. moe. Is back! After the announcement of their return, tickets sold out in minutes. The venue of choice, the epic Capitol Theatre. The Mecca of the Jam band scene. The home of Garcia’s and the world famous Squirrel Squad. With such an incredible history of live music and moments, there isn’t a more suitable stage for the return of Rob Derhak than here.

The origins of moe. getting it’s start at the University of Buffalo in 1989 has seen their fair share of lineup and name changes through the early years. A staple in the Capital/upstate region of New York in the 90’s seemed to have found their groove early and ran with it. With their recordings and tour schedules they established themselves deep within the Jam scene. A staple one might say.
After years of touring, records and festivals and with two big shows on the horizon(Red Rocks and Lockn’) the band and families received some bad news. Without rehashing what that was because we all know there is no need to bring it up. However, it was going to be a long hard fight. A fight that would show the strength and resolve of a man that would rival Captain America. With unknown results, until now.
The power and strength of the cheers that filled the room when moe. took the stage rivaled some stadiums. It was a very emotional  moment to see Rob back on stage. Looking around people were screaming, laughing, crying and clapping with all their might. A banner hung on the balcony with “Welcome back Rob”.

This was a a place of love. A place of caring. We all were all lucky enough to be a part of it. After about 10 minutes the room calmed down barely enough for them to start playing.
Rebubula notes filled the room. They were playing with the power and strength of a band that had been playing together the entire  hiatus. Then the moment of truth. Rob walks up to the microphone and begins to sing. What a beautiful sound that was. His voice was a strong as ever. His presence was magnanimous. Through the emotional hardships and pain he and his family went through. A hard journey that took him here to this place, this moment. A struggle that could weaken the strongest person. It didn’t show on him at all. Rob Derhak was back! And better than ever.
The rest of the show was preformed flawlessly. They all played with fire and passion. A mix of new and old, but all crowd favorites. As the night was coming to an end, Peter Shapiro took the stage and presented Rob with a medal for his strength and bravery. Very much deserved. He had a hard fight but seems to have come back to the other side. Welcome back moe. Welcome back Rob. Thank you for an amazing experience.
From the video channel of William Corcoran