Pixies to Rock JMG Hall Sept. 20th The seminal punk rock band will play JMG Hall at Smith College in Northampton, MA as part of a tour, beginning on the East Coast, that heads west at the end of the month. Story by Kelly D To submit a review or story for consideration hit us at [email protected] Check out the Live Music News and Review.com Facebook page for updates and announcements. One of Western Massachusetts’ many alluring features is its prolific music scene. Boasting hundreds of bands up and down the I-91 corridor, few are more well-known than the Pixies. Founding members Joey Santiago and Black Francis (born Charles Michael Kittridge Thompson IV) met when they became neighbors in a dorm at UMass Amherst in 1983. They discovered a mutual love of making music, and the rest is history. Originally featuring a lineup of Santiago on lead guitar, Black Francis on guitar and vocals, Kim Deal on bass and backup vox, and David Lovering on drums, the band’s sound blended elements of noise pop, surf rock, and psychedelia. With Francis as the band’s primary lyricist, the band’s catalog often features bizarre meditations on mental illness, surreal imagery, and, perhaps strangest of all, straight-up love songs. https://www.youtube.com/watch?v=EHC9HE7vazI Pixies’ first full-length record Surfer Rosa was released in 1988 to widespread critical acclaim. They followed that up with Doolittle, which came out in 1989. Some of their biggest hits came from these two albums, including “Where is My Mind??”, “Gigantic,” “La La Love You,” and “Here Comes Your Man.” The band broke up in 1992 after an awkward stint supporting U2 on their Zoo TV Tour where tensions between the members came to a boiling point. They remained on hiatus until 2003, when Black Francis, then known as Frank Black in his solo career, included Pixies songs in his shows and some of his bandmates’ solo projects as opening acts. Reunited, Pixies played their first show in 11 years in Minneapolis on April 13th, 2004. Bassist Deal left the band in 2013, and was replaced with Kim Shattuck. Shattuck was quickly dismissed from the band after its 2013 European tour and violinist and bassist Paz Lenchantin took her place. The announcement that the band had added Lenchantin, who has performed with A Perfect Circle and the Entrance Band, to its full-time lineup came at the same time as the release date for their 2016 album Head Carrier. https://www.youtube.com/watch?v=I_aBmrYChfQ Pixies will perform at the venerable John M. Greene Hall on Smith College’s campus. The concert is part of DSP Shows, who has also booked alternative rock acts like Modest Mouse and Regina Spektor at the venue later on this fall. Sunflower Bean, a rock band from Brooklyn, will open. Tickets can be bought HERE. Pixies Fall Tour Dates: *Sunflower Bean opens ^ Mitski opens # The Orwells open & Whitney opens 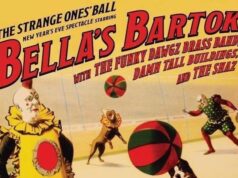 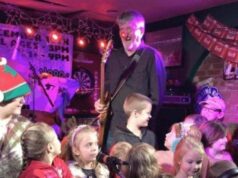