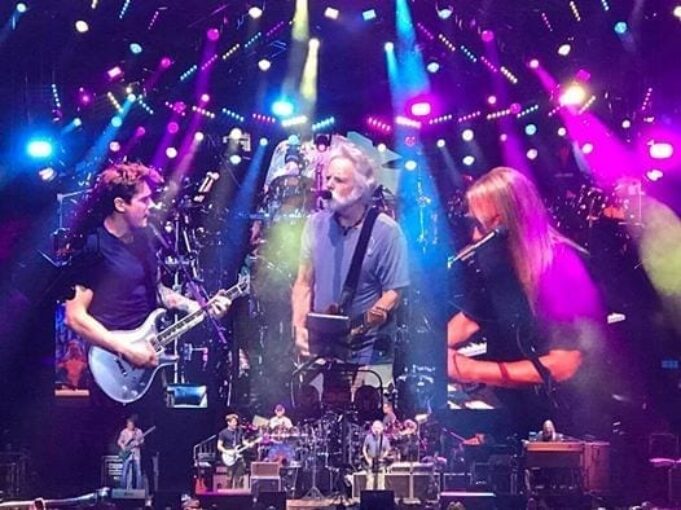 Has anyone ever uttered, “Camden was the place to be last night”?   If you were looking to experience something akin to a good ol’ Grateful Dead concert, then Camden was definitely the place to be on Sunday, June 25.

Dead & Company has improved significantly since 2015.  The band’s vocal harmonies are tighter, allowing the band to try out several new vocal arrangements. Bob Weir has finally gained control over his falsetto, creating a 1950’s doo-wop-like effect in several places throughout the evening. Even Oteil Burbridge contributed to the vocalizing (although his solid but prosaic bass playing still gets lost in the jams.)

John Mayer has been fully integrated into the band.  On previous tours his guitar playing seemed to stand out apart from the band, with him soloing as if he were playing in a regular rock band. In that context, his over-reliance on standard blues riffs seemed at odds with the Dead’s sound, making his playing sound clichéd.

No more. Despite the occasional lapse into standard blues leads, at the Camden show Mayer was just another member of the band.  He may have been playing “leads”, but not “solos”;  his guitar meshed with Bob Weir’s (still quirky) second-lead guitar, reminiscent of the guitar relationship between Weir and former lead guitarist Jerry Garcia. Even when they played the blues, Mayer’s leads blended into the group dynamic, working off Weir’s slide or keyboardist Jeff Chimenti’s big organ chords and riffs. 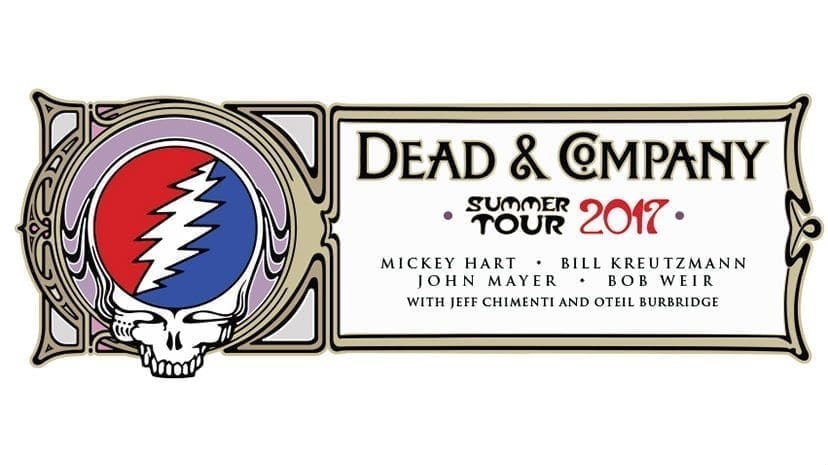 Weir continued eschewing his own originals and cover tunes to focus on the Garcia repertoire.  He opened the show with a smoothly funky “Feel Like A Stranger” and closed with a rollicking “Sugar Magnolia,” but in between, the show was solidly in the Garcia-Hunter camp. “Ramble On Rose” was a real delight, playing up the Americana and ragtime aspects of the composition (although Chimenti blew off the little Crazy Otto piano riff).  Played in the middle of a three-song Garcia segment (starting with “Brown Eyed Women” and culminating in “They Love Each Other”), these tunes were fun, jammy versions of classic first-set Garcia material, played about as upbeat as anything this band performed all night.

It became a celebration of the Workingman to close out the first set.  Bob’s lazy rooster imitation (in a new, Muddy Waters-style arrangement) gave way to a Mayer-sung “Big Boss Man.”  “Cumberland Blues” featured a full band workout that was more psychedelic jazz than bluegrass, and Casey Jones never made it home to see his wife after his work-related accident in the first set closer.

As with his side bands and other post-Garcia projects, Weir has slowed down many of the song tempos.  This may have brought out the silky silky crazy craziness in “Stranger”, but it took some of the zip out of the second set opening “Iko Iko.”  It was only after the band started a series of key changes (a la Dr. John) that some energy finally kicked in.

After an upbeat, well-jammed “Deal”, the band noodled into “Help On The Way.”  At the somewhat slower tempo, and with Mayer’s droll but smooth lead vocals, this sensual, ethereal jazz version became an impressionistic masterpiece. The “Slipknot” continued this sublime feeling, playing up the musical metaphor of a love relationship as a ship lost at sea, and picking up energy as the keys and drums worked themselves up into a tempest-tossed fury. The “Franklin’s Tower” was slowly syncopated, with an off-the-beat vocal arrangement, which at first threatened to ruin the good vibes of the “Help/Slip”, but which actually turned out to be a refreshing twist on a well-worn classic.

“Drums” and “Space,” accompanied by amazing visual  effects, offered an EDM-like dance groove and haunted house eeriness, which melted into “The Wheel.”  The very slow tempo and newly added jams took some of the wind out of the song, but the vocal riffing at the end turned into a Caribbean-influenced tropical rave that showed off the band’s newly discovered vocal prowess.

Very few compositions capture the range of emotions associated with growing older and reflecting back on life’s loves and losses as well as “Stella Blue.” Weir’s lyrical slips and offbeat vocal stylings aside, this was a beautiful version that was as close to a Garcia-Grateful Dead moment as has yet been heard from Dead & Company.

“Sugar Magnolia” started a bit too slow, but brought to life through some rocking jams from Mayer and Chimenti, it was the perfect summertime dance tune to experience on what turned out to be one of the most beautiful evenings in this year of bizarre weather.

“Brokedown Palace,” despite an extremely slow tempo which detracted from the vocals, was a memorable way to send a crowd home. BB&T Pavilion was packed to the max, but the crowd was friendly, enthusiastic and ready to party.  It was the first time I can remember seeing a jamband concert there without any hassles from security.  Maybe they finally figured out that this crowd-a mix of old Deadheads and young people just discovering this wonderful music–are there to have a good time and not cause problems.  For at least one day, it was a peaceful paradise in Camden, NJ.

From the video channel of Sean Roche: