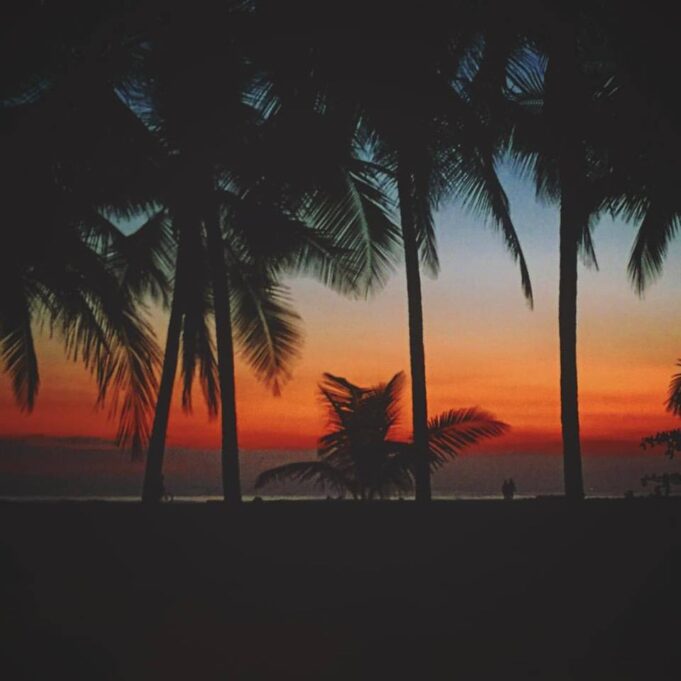 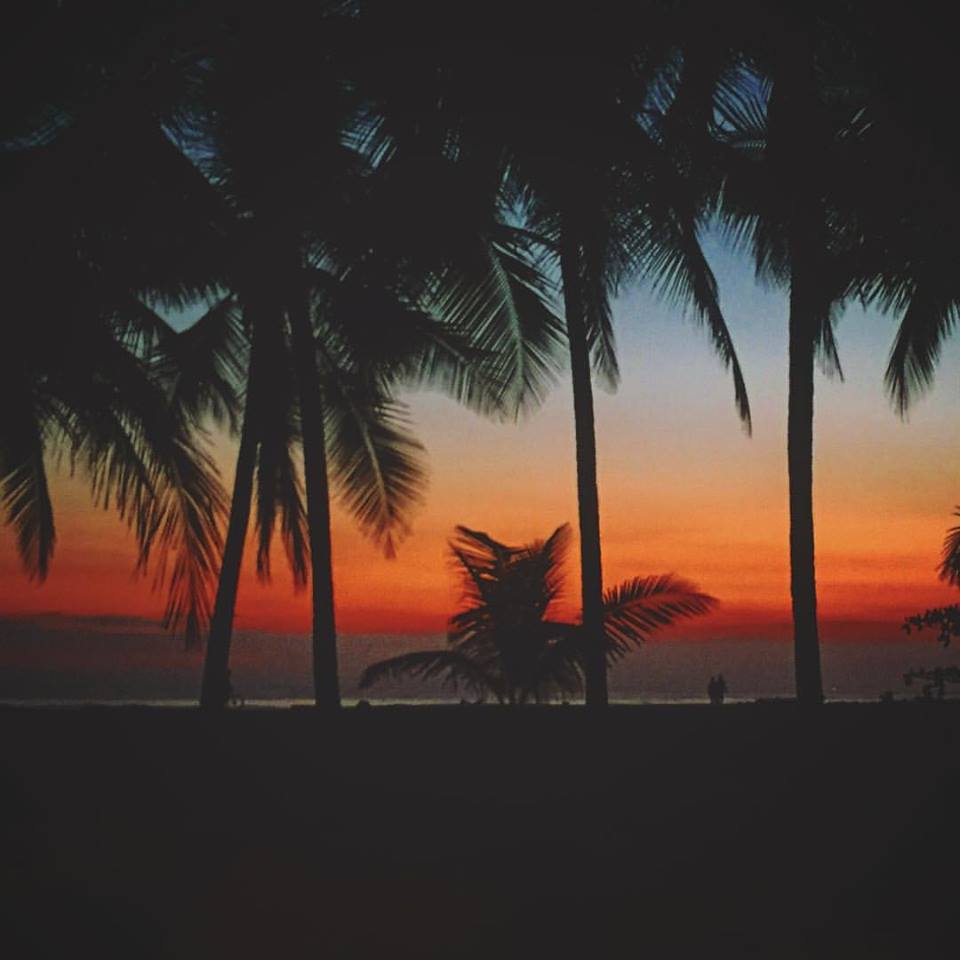 It was time for an adventure and we needed one.  It’d been a long while since we had a vacation and for our anniversary my bride and I hopped a plane out of Boston and landed late at night in Costa Rica, took a van ride across the northern part of the country and checked into our room at Cassiones Del Mar in Jaco, nestled on the Pacific coast.  With a day or t 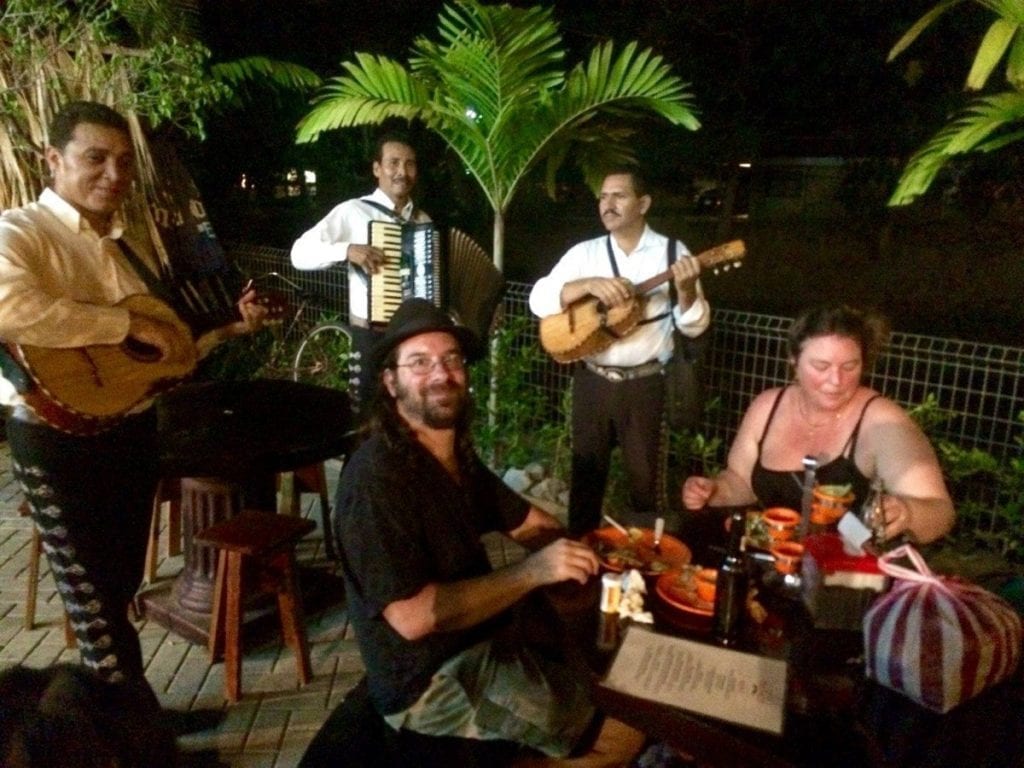 wo of sun and sand and frozen drinks under our belts, we were ready to settle into Jungle Jam.  So we caught dinner downtown, including some Imperials (the Costa Rican local beer) and an amazing serenade by a wandering mariachi trio, romance achieved.

A quick and easy $4 (2 thousand colones) taxi ride to the resort property of Dulcelunas at the edge of Jaco and we were checking into the festival.  We had heard that this year was downsized compared to the larger affair last year, so I was a little surprised at the festival sized stage and sound and light system.  When we got there, Costa Rican band Un Rojo was on stage.

The band had eleven people on stage, full horn section, rhythm section, backing dancers / vocalist, the whole deal.  I’m not sure why my expectations were low, and Un Rojo easily surpassed my expectations and really made a solid impression.  They mixed elements of reggae with other Caribbean and international flavors.  The songs were super solid and the band had a great energy on stage.  When they were done, we wandered over to the pool stage and caught the DJ set-  while wading into the pool-  this is a great feature of a festival that you will rarely encounter.  Cooling down in a pool while a DJ is spinning music that is the root of Caribbean and reggae music, it’s a really special feeling.  There was a cool light show which played off of the palm trees, setting up an amazing vibe.

We could hear the main stage getting ready to start up again so we found our spot on the lawn to see Mike Love get started.  I had been hearing about him for a while, but it was the first time I saw this songwriter hailing from Hawaii.  The band was a trio with Mike Love in the center doing acoustic guitar and lead vocals, and quite a bit of looping.  He was accompanied by two musicians, a bass player and a hand drumming percussionist and they both contributed quite a bit on backing vocals.  It would be easy to compared Love to other loop oriented singer songwriters like Zach Deputy or Ed Shheran, but clearly Love has his own thing going.

His vocals are super clear, his love of reggae up front and his ability to deliver a song is second to none.  Elements of Hawaii and influences from his travels come through in the music, which is rich in message and vocal harmony.  After a little bit of expressed doubt when we sat down, we both came away impressed with Mike Love and perhaps becoming fans.  He really is something to see, and despite doing two things that people are used to seeing: reggae music and singer songwriter / looping- Love and his band are able to deliver music in a unique way with a message of peace, love

and positivity coming through clearly.

We ran into some friends who had a room at the resort and we valued the time we spent in their air conditioning!  Even though it was hours past the sunset, it was still stiflingly hot.  Cooled down enough we went outside and caught the night’s headliner, an all star band led by Oteil Burbridge doing a tribnute to Bob Marley.  I can remember seeing Oteil in three bands full time having caught Aquarium Rescue Unit some 20 years ago, then with the Allman Brothers probably five years ago, and last year with Dead and Company-  on top of that I’ve seen him sit in during an artist at large stint at a festival hosted by Wormtown where he performed with Roots of Creation and Big Leg Emma during the festivities.

Oteil was joined by members of the other bands that performed that day including Mike Love who handled the vocal duties throughout the set.  I’m not sure who all the different characters who floated through were, but the sounds were excellent-  with Love able to deliver the message of Marley’s music with reverence but without being an imitation.  The band delivered a good ten songs and with that, were able to open up the first night of Jungle Jam and preview a real good time for the rest of the weekend to come.

Stay tuned right here for reviews of the next two nights shortly.