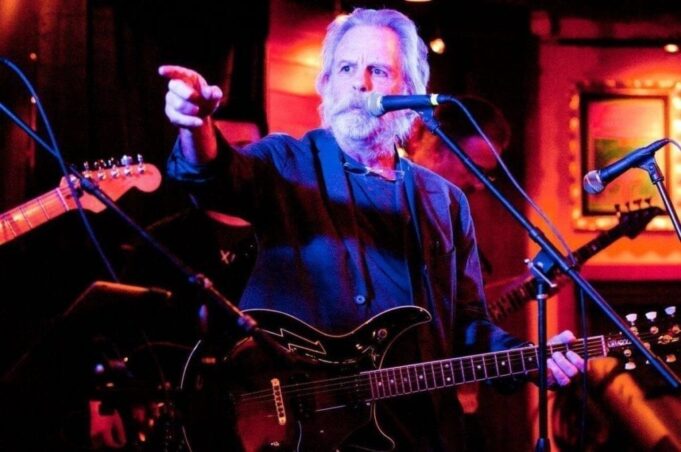 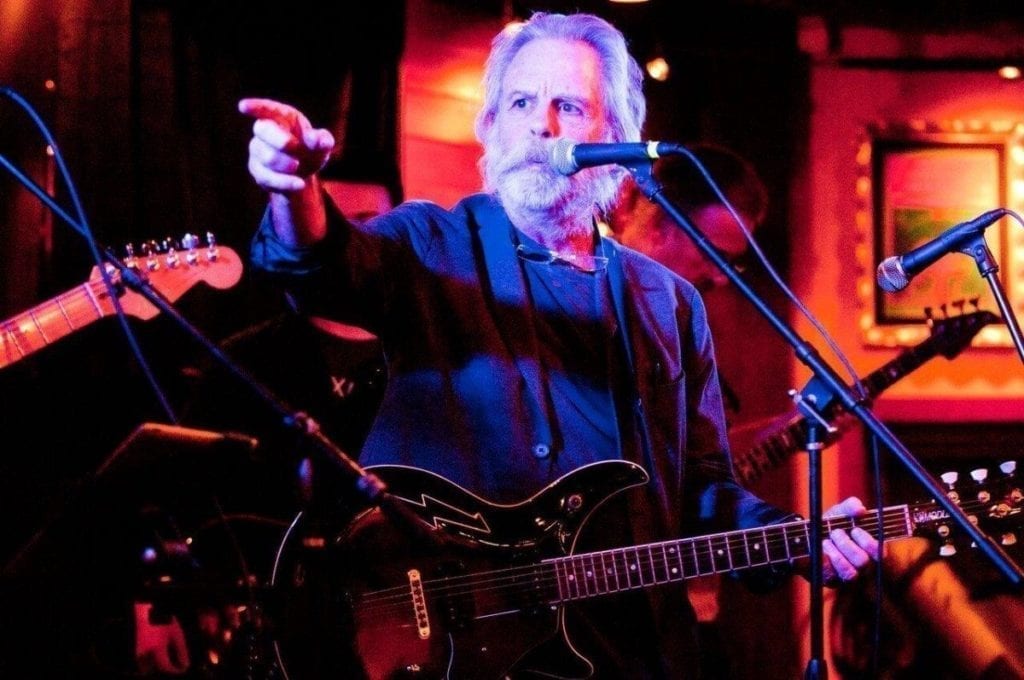 It was just before 7p.m. on December 18, 2015 at the Hard Rock Cafe San Francisco when Rainbow Full of Sound, headed by keyboardist Waynard Scheller, readied themselves for soundcheck. The night was still young, but already stirring with anticipation as the Grateful Dead tribute band took the stage to test their equipment. Right behind them, a familiar, smoky-haired veteran of the San Francisco music scene followed suit. He got hold of his trusty guitar and led the band through “West L.A. Fadeaway” until everything connected.

The man was none other than Bob Weir-core member and rhythm guitarist of the original Grateful Dead. In collaboration with the Jerry Garcia Foundation and Hard Rock International, the Imagine There’s No Hunger benefit concert helped to shed light on the seriousness of world hunger and raise money for Yoko Ono’s Why Hunger campaign (www.WhyHunger.org). It also brought Weir and the band together for the first time under one roof amid a bulging sellout crowd.

Now, if you or anyone you know has ever thrown a large party you know that planning and preparation are key factors to its success. This was no different. The idea of the benefit first sprouted months before when Manasha Garcia, Jerry’s wife and co-founder of the JG Foundation (www.thejerrygarciafoundation.org), contacted Scheller and asked if Rainbow Full of Sound would be interested in playing the show. With a gracious “yes” he took the opportunity and subsequently was made co-producer of the event. With about two 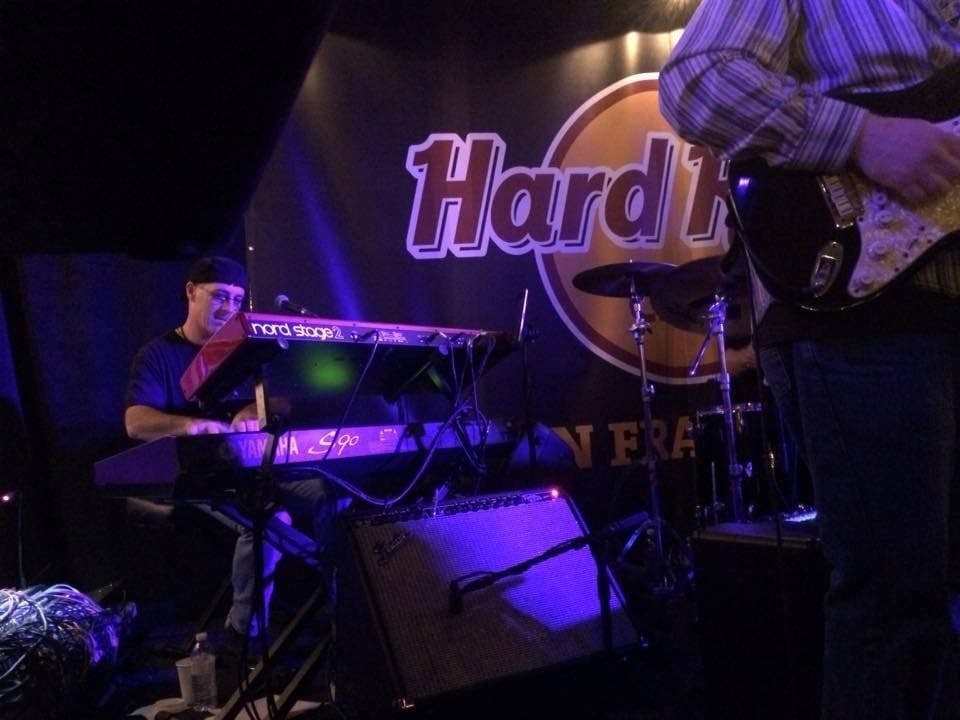 months to prepare, he spent countless hours helping to organize the event via phone conferences and swapping emails. After working hand-in-hand with Weir’s management, Scheller was assured that Bob would be present. Keystone Revisited, a band that pays homage to the music of Garcia and Merl Saunders was also added to the bill, along with everybody’s favorite clown MC Wavy Gravy. Everything seemed to click. With about a week to spare, the final touches were etched permanently into stone.

During the night of the show, after an extended soundcheck, the band converged backstage where the affable Weir spent about an hour before the show going through little things like vocal arrangements to make sure everything was just about perfect. And then it was showtime.

The band launched into “Shakedown Street” and “Dear Prudence” before Weir joined them for the rest of the first set. The room was filled with Grateful Dead alum ranging from John Perry Barlow to Sam Cutler and his wife to Peter Rowan. Along with Manasha, Jerry’s daughter Keelin was present and celebrated her 28th birthday. While the night was most certainly focused on the cause at hand, the atmosphere must have felt like a giant party with old friends. After the first two songs, Weir took the helm and led the band through a bevy of classics. Together they belted out “Feel Like a Stranger”, “Brown Eyed Women”, “Bird Song”, and “China Cat/Rider”.

“He was very humble and gracious,” Scheller proclaimed after it was all said and done. “I find it really admirable for an artist like Bob Weir to take the time to join a younger up and coming group of musicians like he did. He made us all feel totally comfortable. He basically just joined us as a fellow musician and led us through the show, allowing us all to do what we do.”

And then, like that, Weir was gone with the night- he was scheduled to play a second benefit concert that night. The show and festivities however were far from over. Rainbow Full of Sound re-claimed the stage for a second set which consisted of two medleys orchestrated by Scheller. The first, “Imagine>Ripple”, featured Cat London on vocals. Fittingly, the band sandwiched “Birthday” by the Beatles between the two medleys and had Keelin up to help sing it. The second was comprised of “Not Fade Away>Give Peace a Chance” leading to an encore of “We Bid You Goodnight”.

When the house lights inevitably flooded the place and started ushering everyone home, the Imagine There’s No Hunger benefit concert raised close to $10,000 dollars. With another $8,000 in merch sales throughout the week, it brought the total near $18,000-the highest amount of any of the Hard Rocks worldwide. If you combine that $18k with the rest of the benefit shows the Hard Rocks hosted around the world the total is a staggering $1.5 million with all the proceeds donated to Why Hunger.

After having a chance to sit back and ruminate on such a triumphant evening, Scheller, with all his humble being, insinuated doing it all again.

“It was extremely inspiring to be a part of such an amazing event and to perform with a living legend like Bob Weir. It was also a great feeling to be able to give back and help those who are less fortunate. I would be happy to help out again next year or in the future. We are planning another 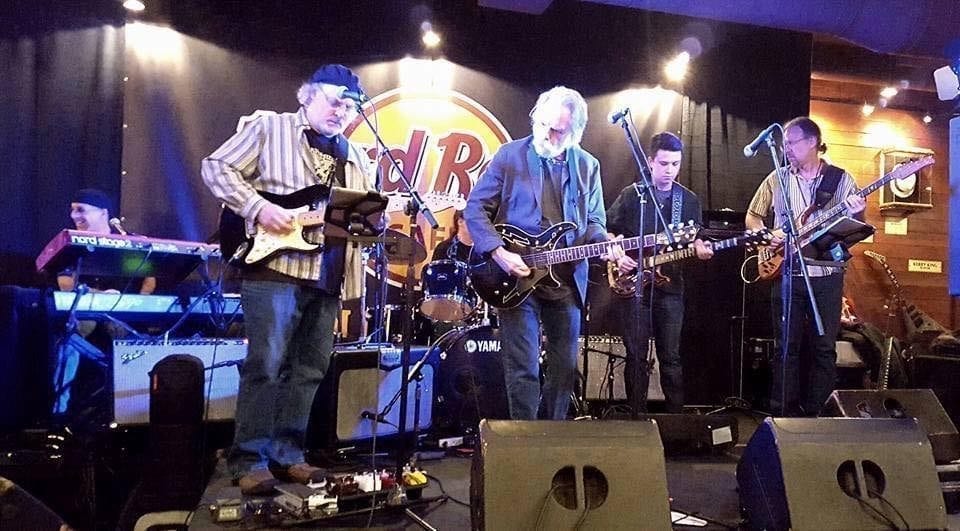 benefit for February-maybe in NYC.” You can stay informed with all that’s happening with Waynard Scheller including his debut album slated for release in 2016, as well as the upcoming tour with the John Kadlecik Band at his website www.rainbowfullofsound.com

While $1.5 million is an astounding number and one to certainly be proud of, the issues of hunger and poverty unfortunately are still substantial dilemmas that plague most of the world. Please consider donating to the Why Hunger or the Jerry Garcia Foundations. Links to both non-profit organizations can be found in the above text.

Lettuce at the Cap