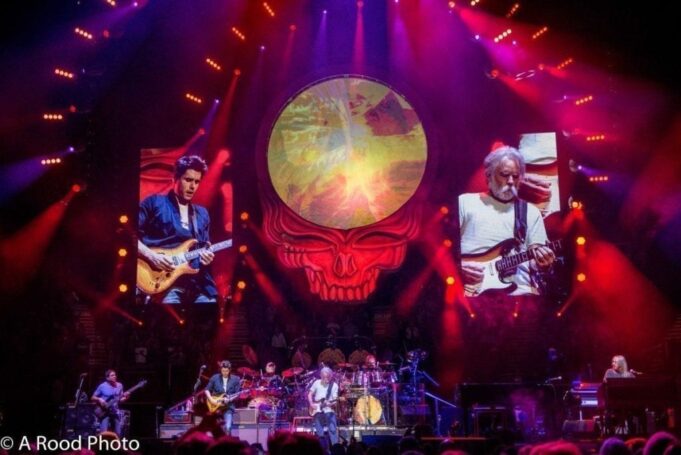 Review by Chris J. Russo; Photos by A Rood Photo

Check out the full gallery of photos out our Facebook page.

After the success and fanfare of the Grateful Dead’s “Fare The Well” shows last summer, the remaining members of the band, less bassist Phil Lesh and of course Jerry Garcia, decided to hit the road again as Dead & Company with Grammy-winning guitar virtuoso, John Mayer filling Garcia’s shoes.

Kicking off a two-night New Year’s celebration and party at the Los Angeles Forum, the band dove into “All New Minglewood Blues” 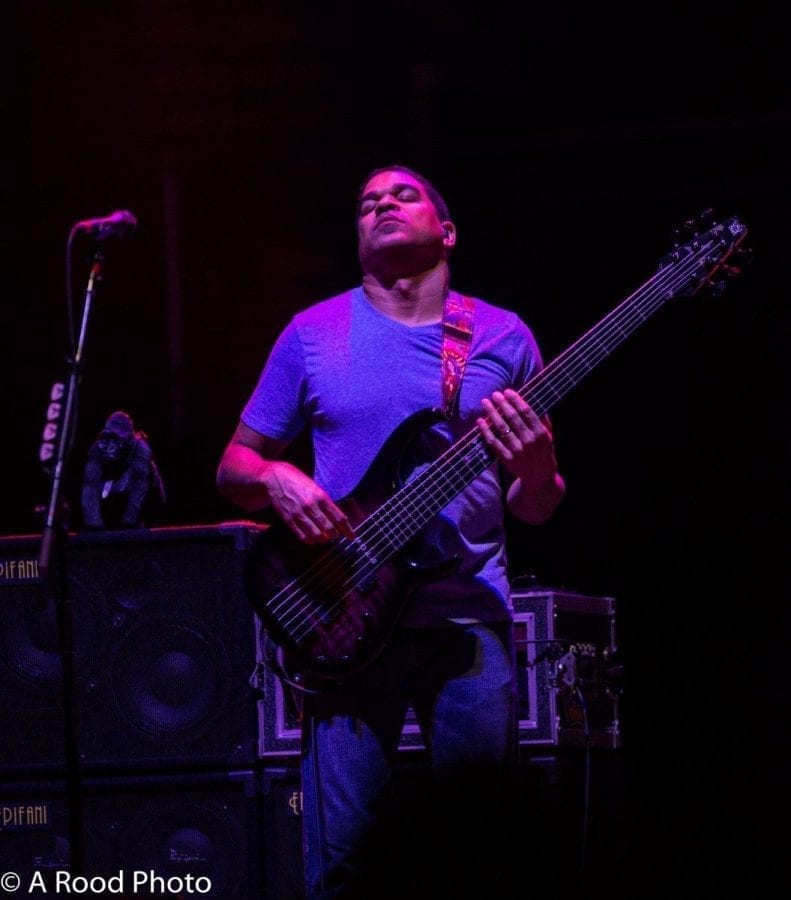 with Weir singing, albeit with very gravelly vocal chords. They segued into a beautiful rendition of “Here Comes Sunshine,” with John Mayer crooning in his iconic, bluesy voice.
These songs served as a warm up that led into one of the highlights of the evening.  The appropriately chosen song, “West LA Fadeaway,” with Mayer letting loose on some juicy blues guitar riffs and keyboardist Jeff Chimenti rocked out on the organ. It was obvious Mayer was enjoying himself and the company he was in, dancing, smiling and making his famous guitar solo-faces throughout the evening.

More of a rhythm and blues guitarist than the jam-band icon Trey Anastasio (who accompanied the Dead during their Chicago run) is, Mayer has clearly done his homework and plays Garcia lines with confidence and bravado. In fact, at the end of the second night’s show, Mayer’s humble, parting words to the elated audience were, “Thank you for accepting me into this beautiful home.” The music continued with a lovely, “Althea,” “Loser,” and a jamming, “Bertha.”  A sweet, “Bird Song” concluded the first set.

After a 45-minute intermission, it felt like a different show. The energy picked up, the jams picked up and things really took off. The band found their stride during the opening song, “Playing in the Band,” with Mayer leading the extended improvisation, Jerry-style, while Weir, Chimenti, and bassist Oteil Burbridge, guided the rhythmic undertones. They blended into, “Viola Lee Blues,” before strumming the distinctive first chords of “Shakedown Street.” I still chuckle at the Dead’s attempt to do disco with “Shakedown,” but it never disappoints. Weir struggled with his voice almost gone, but he pulled it off and the crowd loved every minute of it. 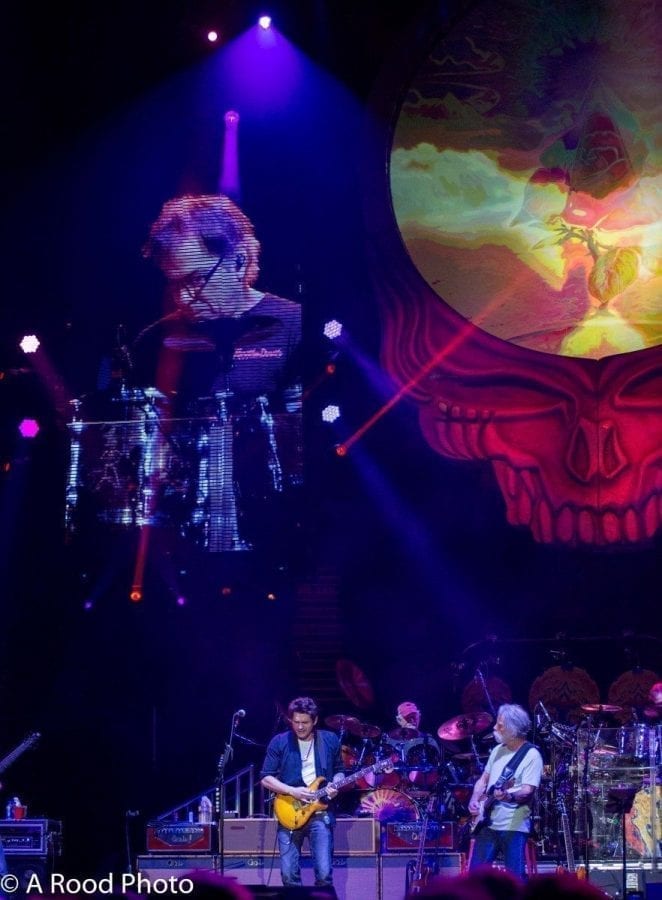 Mayer rocked a groove on the opening lines of “China Cat Sunflower,” a Dead favorite. I’ll admit, Mayer’s voice is different enough from Garcia where it does sometimes feel like a cover band doing the song, but I also really enjoy the authenticity and rawness Mayer brings to the show. He’s himself – not trying to out do anyone — he’s just a guy rocking on guitar, having a good time. Kind of like Garcia’s approach, just slightly different. At times throughout the show, Mayer took the lead into very different directions than Garcia would have, and it sounded very different from the “Dead” sound, but it was good,
it was really good. “China” blended into “I Know You Rider,” with a smoking jam from Chimenti on piano.

At this point of the show, following Grateful Dead tradition, “Drums” and “Space” took us into another orbit. With Mickey Hart and Bill Kreutzman pounding all kinds of percussive instruments, this modern day “Drums” felt inspired by electronic dance music, incorporating bass drum sonic booms that would
give dubstep a run for its money, reverberating every internal organ. The wow factor was pretty high.

Concluding the set was “The Other One,” “Wharf Rat” and a rousing “Turn On Your Lovelight,” that had everyone jumping. The concert ended on a slower note, with a sweet acoustic rendition of “Friend of the Devil” as the encore, the perfect coda for the evening. Despite the number of years behind them, Dead & Company gave an incredible high-energy performance that had the crowd entertained the entire time. I imagine Jerry smiling down on everyone,
capping the night by saying, “damn that was a good show.”

Reader Jeanne Richley adds her thoughts on the night: 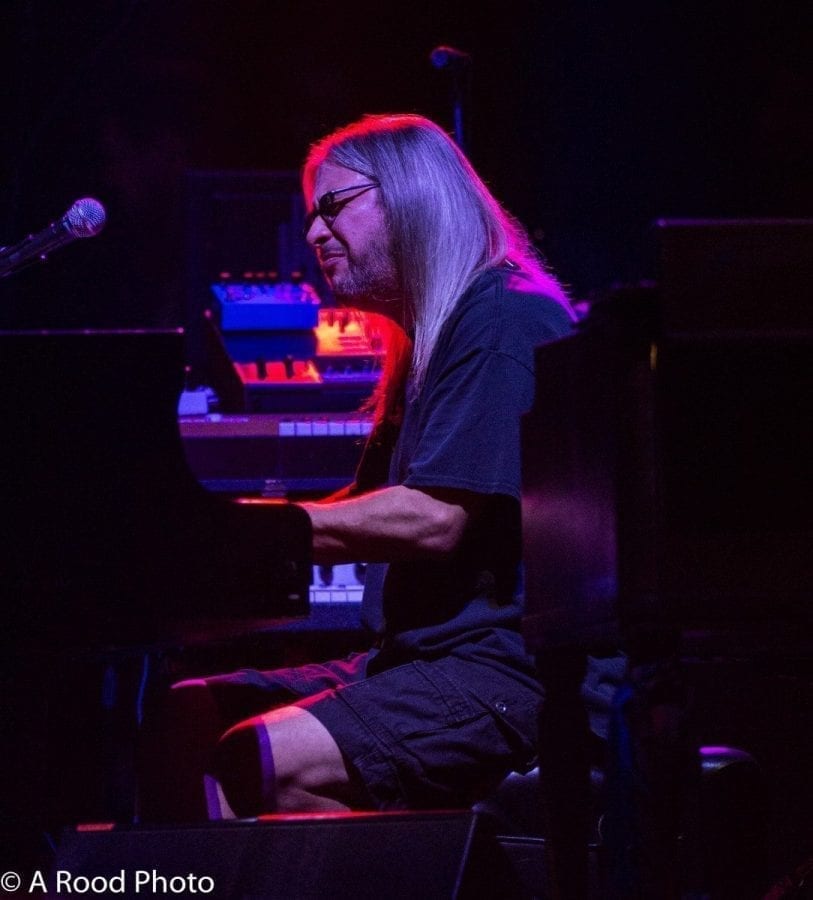 01/08/16 & I am fresh in sheer graditude for my reunion trip to see Dead & Company on 12/30/15 @ the L.A. Forum with my best girlfriends of 25+ years! This was the absolute best day & night of my entire 2015 year!!! Thankyou to Christy Wilson for a real good & reviving the scene by way of miracle tickets to both Maureen Davis & I. The night gave way for kindred spirits to unite as we turned on our LöveLight & let it shine!

We were here on this spectacular night as the sunshine never once faded away at the West L.A. Forum just like so many times before. What unfolded was one of my best shows comparable to 1:11 of my all time favorite shows seen on Europe Tour in 1990 (age 16) @ the Zenith Theatre in Paris, France! There’s simply no denying that a sincere and energetic fusion unfolded between Mickey, Billy and Bobby in a celebratory rebirthing of familiar musings that certainly didn’t feel like a stranger as John Mayer, Oteil’s Burbridge & Jeff Chimenti were playing in the band!~☆☆☆☆☆♡♡♡☆☆☆♡♡♡☆☆☆☆☆~
Löve & Light to all & to good friends lost along the way ~Jeane Richley~”

Encore:
Friend of the Devil 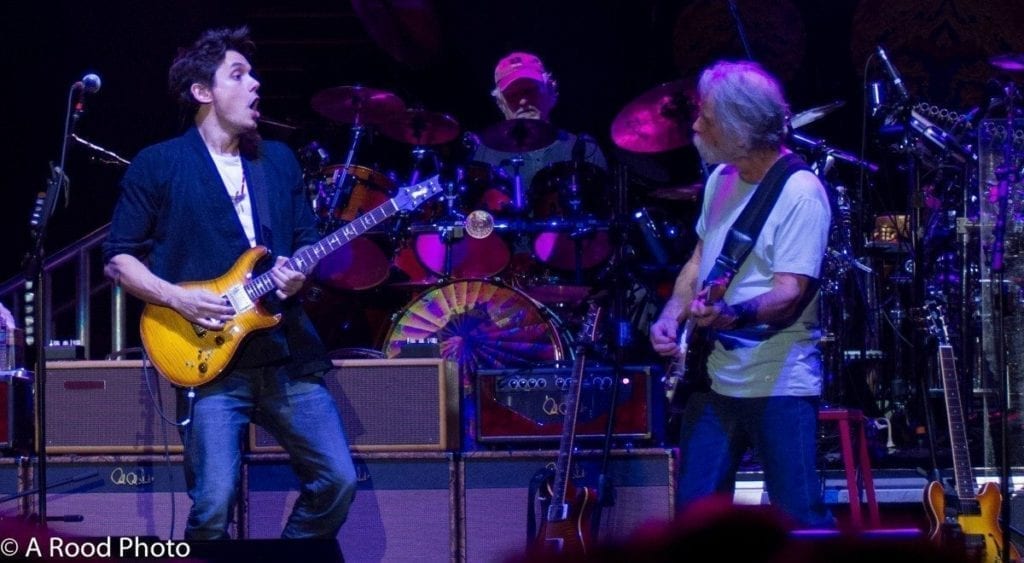 Freekbass Makes a New Years Run Through the Southeast28 December 2015

The Werks return to Ohio 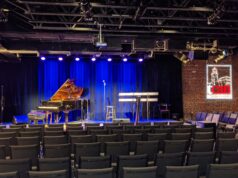 The Most Legendary Kenny Rogers Live Performances Of All Time

The Werks return to Ohio