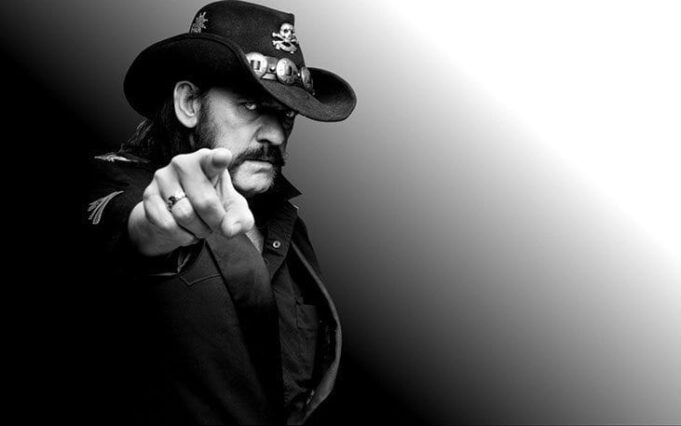 Jack Grace is a musician, songsmith, writer, dj and live music guru hailing from New York.  Check out his great music here.  This post was taken with permission from Jack Grace’s blog The Bare Maximum.

Lemmy Kilmister wasn’t just an artist. He was the art. He would also likely shun the term artist and say, Rock n’ Roller. The lifestyle of playing music as well as you can, running your own band with revolving members and living hard hits home to me. It truly is, live by the sword, die by the sword. It’s not just a cliche, it is a certain lifestyle in Rock music, and some are just better at keeping it rolling than others. Lemmy didn’t end up in a retirement home or spend his last decade going in and out of hospitals, arguing with Aetna, riding around in a Hoveround. He lived a complete life the way true Rock n’ Rollers plan, with a tour schedule ahead and one right behind.

It can be possible to be a fan of just Lemmy the man. “The Ace of Spades” is the only song many out there are really aware of, yet they are feeling a genuine loss for someone special. Simplicity and clearness of message can be very encouraging for all of us. Lemmy was a walking definition of all of that, wrapped in wit and rolled in stories of life on his own terms. This was a man who loved Rock n’ Roll and life and saw them as one. He preceded the terms Metal and Punk, and they both claimed his influence, wore his logo and shouted his praises in an era when you were allegedly supposed to take sides. He played his own music, no labels or analysis necessary. Everything you need to know about Lemmy is inside any Motorhead song, “We Are (The Road Crew)” “Overkill” or even his cover of, “Louie Louie”. One song played from Motorhead and you can understand (if you are paying attention).

Lemmy’s image comes through crystal clear. The Motorhead logo is arguably the best in Rock. The mutton chops ‘stache combo, black attire and cowboy pirate hat. If you dress as Lemmy for Halloween, you don’t have to explain your costume to anyone that knows anything about rock. 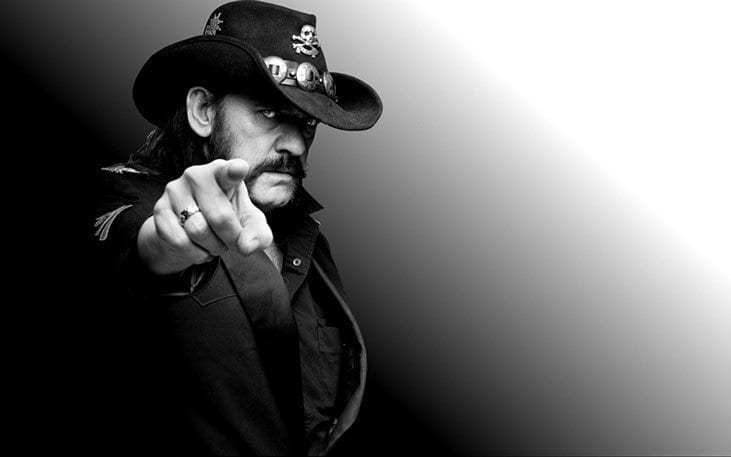 It was easy to love him for just being Lemmy, his signature mounting of the microphone way up high, singing to the ceiling or sky. He said it was, “for personal comfort, that’s all. It’s also one way of avoiding seeing the audience. In the days when we only had ten people and a dog, it was a way of avoiding seeing that we only had ten people and a dog.” Then there was his Nazi memorabilia collection, he made clear he just liked how it looked and has no affection for the Nazi party, “the bad guys always have the best uniforms”. In his leisure, he wore super short cut off jeans where you could almost see his equipment. He chose to live in a humble apartment off the Sunset Strip in LA and loved playing his favorite video game while drinking his Jack and Coke. It has always been many people’s errand to swing by the Rainbow and see if Lemmy was holding court.

I am a bandleader by trade. I see Lemmy’s life as a successful bandleader artistically, financially and spiritually. That is quite the trifecta. If the band leader is not enjoying his or her life and music, chances are the musicians and crew are probably not either. I get the sense that the Motorhead family is in great pain but are also incredibly proud of the great ride in life that they all just took together.

There should be a music class called bandleader 101. Mission one? Play consistently great music professionally, consistently and passionately until you drop. Mission two- Keep your band happy and inspired and the audience will continue to return. You could keep it simple and just have the course only be about Lemmy. Simplicity and clearness of message can be very encouraging for all of us.

Jack Grace is a musician, songsmith, writer, dj and live music guru hailing from New York.  Check out his great music here.  This post was taken with permission from Jack Grace’s blog The Bare Maximum.

Freekbass Makes a New Years Run Through the Southeast28 December 2015