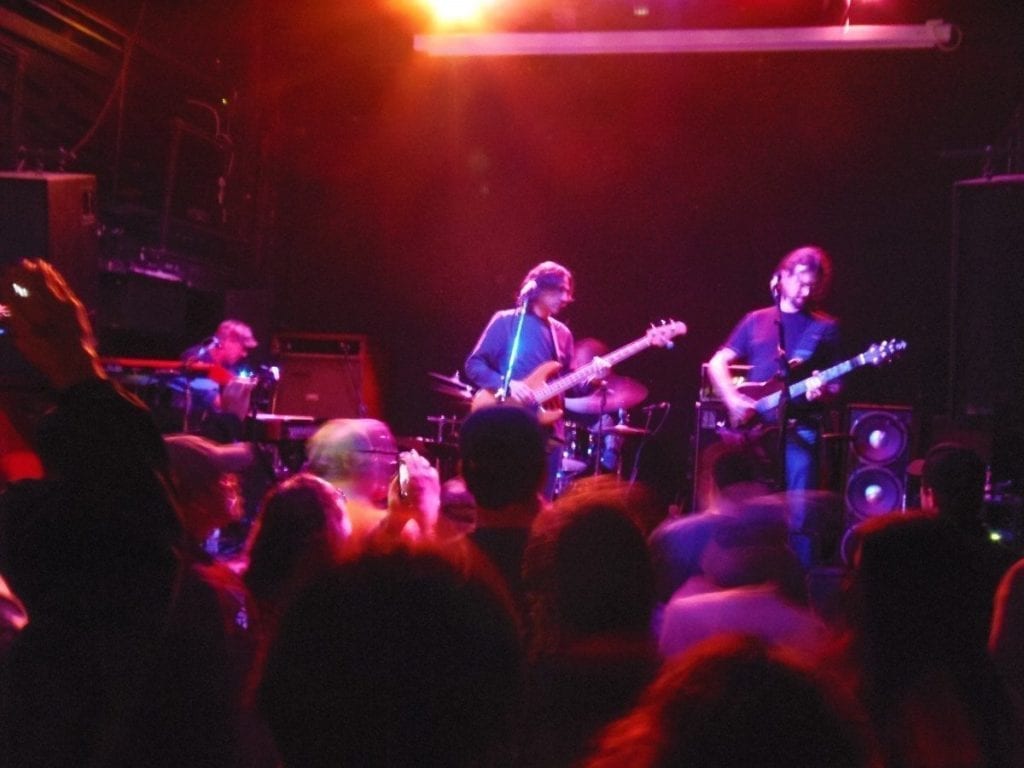 This was my third night of the John Kadlecik Band’s ‘Hatching.’  Once again the band took the stage as a quartet with Nathan Graham on the drums, Klyph Black on bass and vocals, Waynard Scheller on keyboards, and John Kadlecik on vocals and guitar.

I got a chance to chat with old friend Klyph Black about his experience playing in this band.  “It was a pleasure to play these first three shows.  I’m looking forward to future shows.” 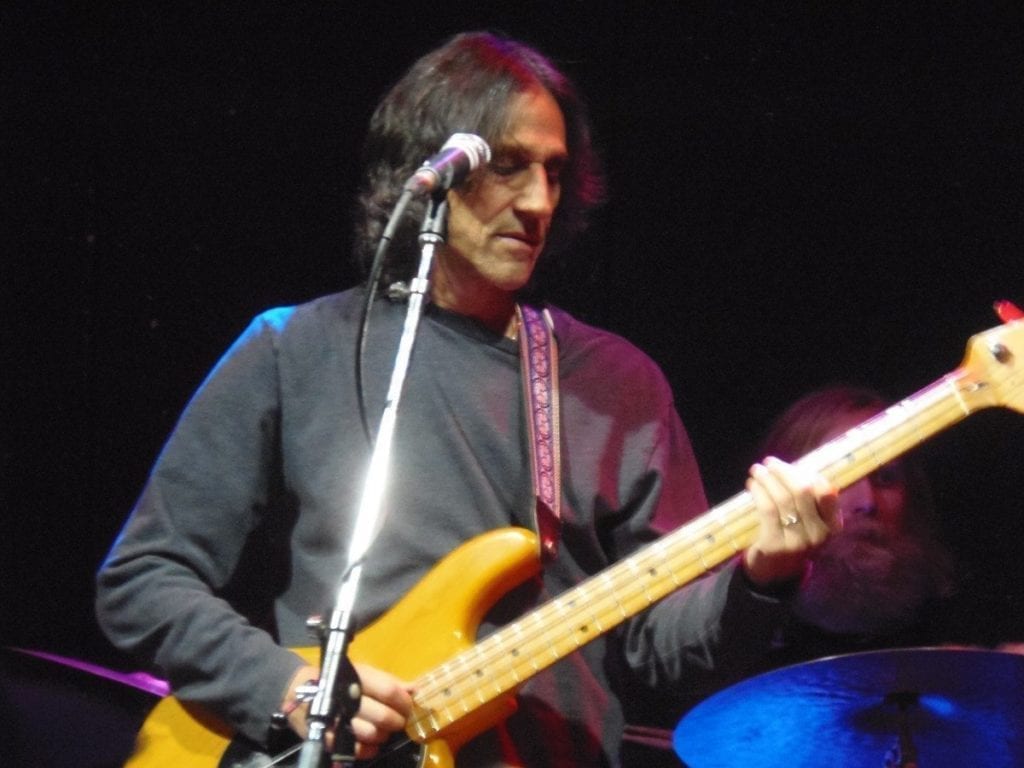 Have you ever done this particular experiment where the rehearsals and public performances were stora mixed up together? “You know it’s funny because I actually have-  we would do that everyone once in a while for shows because the stuff we were doing was complicated-  we might tell everybody, We’ve gotta stop and do this again.  It actually felt pretty good because … it kept the pressure off,  these were new songs for everybody, to have the pressure off, if we really had to stop, and we didn’t, we kinda actually kept going-  I don’t think we ever really stopped in the middle of a tune to go over anything.  We rehearsed the stuff we were going to do, it kinda felt good, gave you a little bit of confidence, you could try a little something –  freedom to be able to do something with the tunes.”

“I’m also excited to see how this band plays my stuff- to get the slant that these original players are putting on my tunes,”  Klyph Black.   “We came up there like a band, we started off as a team.  I like playing with Nathan, we gelled really well together as a rhythm section.”

The crowd was by far biggest on night three of the three nights, with a nice audience who were in full appreciation mode.  The people that came out on Sunday were the curious and the brave, night two was better attended because of word of mouth, and by night three, the word was on the street- and audio and reviews were already out and the reputation of this band was already confirmed. 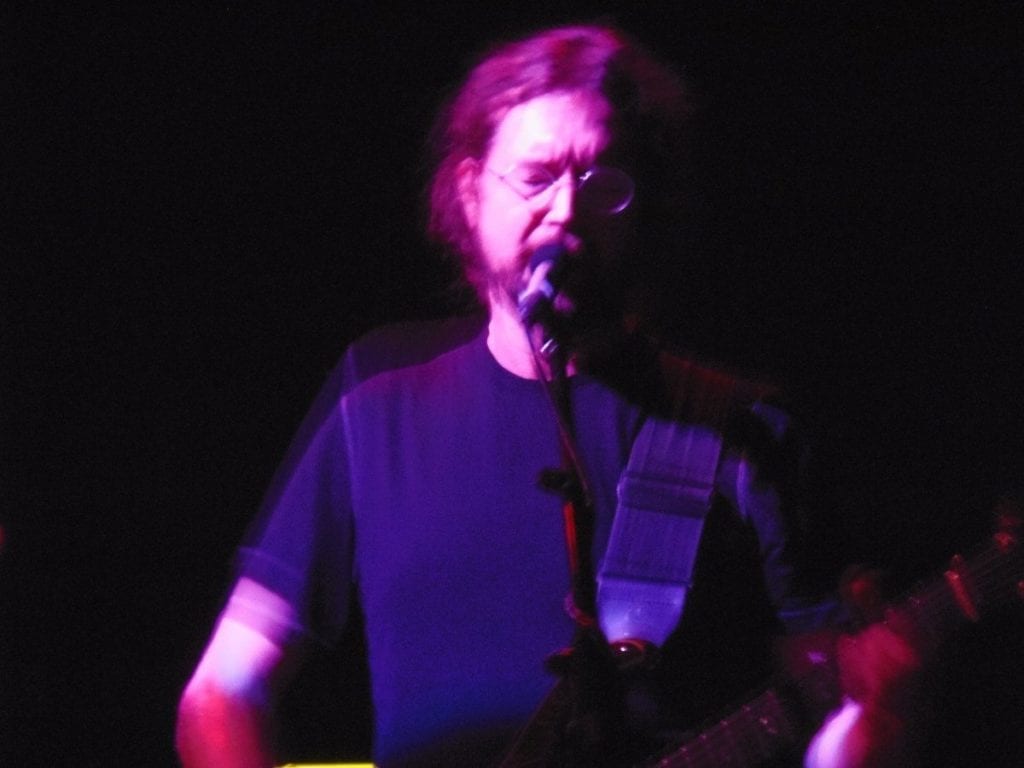 First set began Van Morrison’s Cleaning Windows.  The second song was wholly unexpected, the Light that has Lighted the World by George Harrison.  I had never heard it before and perhaps it’s a song that will stay in the repertoire.  Another song I didn’t know made its premier during set one, Tom Paxton’s Last Thing on my Mind.  Set one closed with a very driving version of It Takes a Lot to Laugh, It Takes a Train to Cry with a really strong beat and very assertive energy by Kadlecik throughout.

Clearly Kadlecik and the others have some new material, both original and obscure covers that are to be a big part of what this band does.  Some of the songs were out on Golden Gate Wingmen tour, others were not; some stuff John has been doing since his days as the John K. band, again others seem to be newer or even just passing whimsies.

I was really very impressed with Waynard Scheller throughout this run.  Largely unknown nationally, Waynard has been the keyboard player for the Jam Stampede along with Klyph and other scenesters like Tom Circosta and Dave Diamond of the Zen Tricksters and Mike Miz from PA, and has his own band called Rainbow Full of Sound out of NJ which is a Dead tribute.  This run is by far the biggest run he’s done as a player probably, and teaming up with Kadlecik shines a spotlight on Waynard’s playing.  I was really impressed-  his tones and sounds were spot on, and he laid back when others were killing it, supporting them musically, and when it was his turn to shine his thoughts and 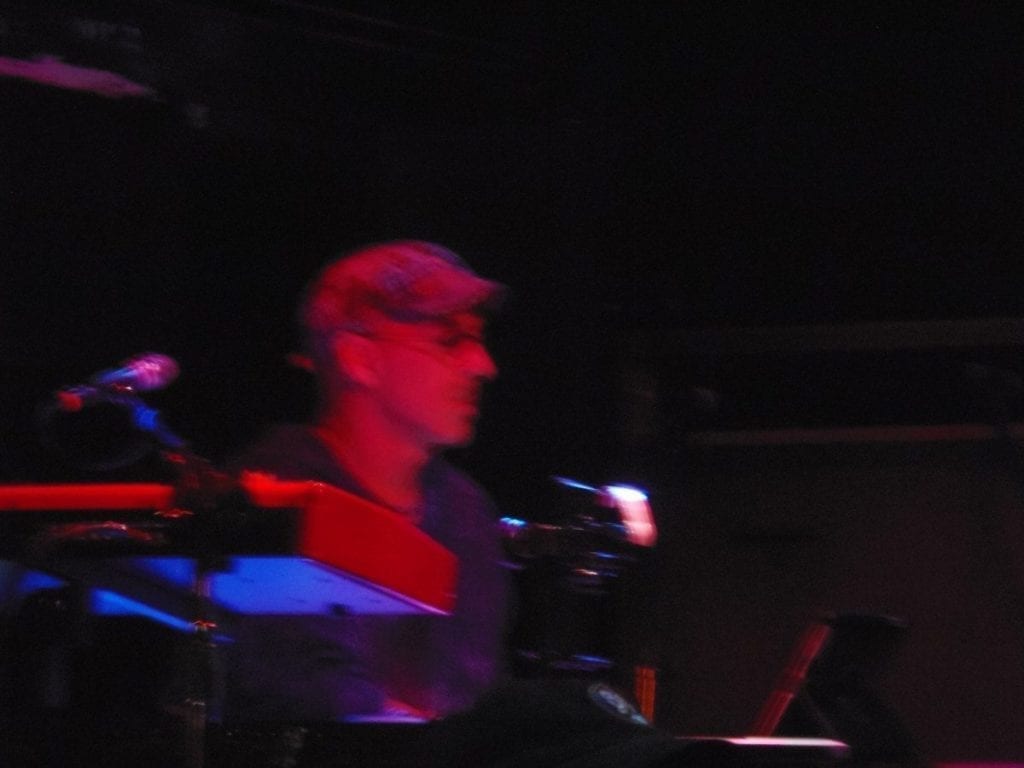 interpretations of the tunes were great.  I’m really interested to see what happens with him over the next two months within this band.

I caught set one but had to hit the road to get north and missed set two.  That set from the set list and stream appears to be a real great set with lengthier tunes like Echoes and Walkin in Your Footsteps.  To my knowledge, this is the first time that John has played Echoes, an epic piece from Pink Floyd’s Meddle album.  I overheard him saying that he’s been hoping to introduce it for a while to a band, and this appears to be the moment.  The crowd had a big reaction when it became apparent exactly what song it was.

Set One:  Cleaning Windows  The Light that Has Lighted the World (George Harrison)   Hard Highway  Dear Prudence  Mission in the Rain  Last Thing on my Mind  (Tom Paxton song)  It Takes a Lot to Laugh, It Takes a Train to Cry

SET ONE AUDIO
use the arrows to go between tracks or hit the archive.org icon to go to a full page with all of the tracks listed.
recorded with a Tascam DR40 directly from the sound board, mixed a little bit through AUDACITY to WAV format and then uploaded to Archive.org.