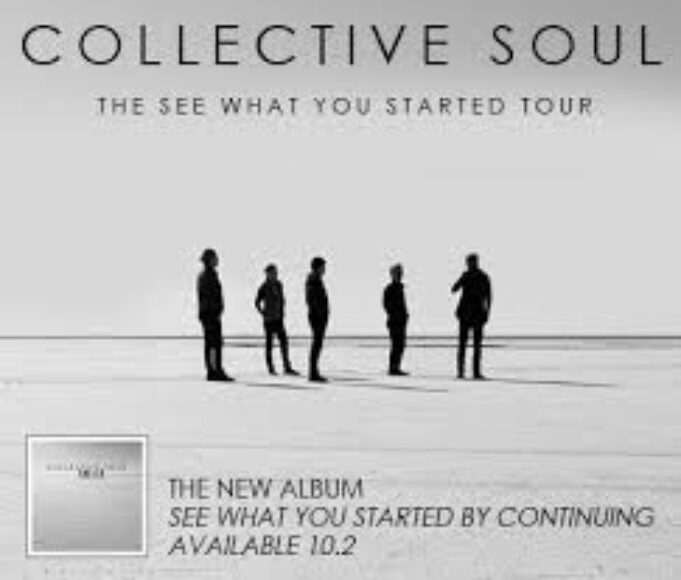 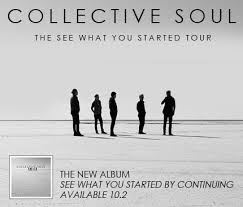 Foundation Room at the House of Blues

My friend, Kelly, won tickets to see a private Collective Soul performance at the Foundation Room at the House of Blues. I felt lucky to be her plus one as I have been a fan of Collective Soul for many years. The small intimate setting was amazing. The room was decorated with rich tapestries on the wall, antique rugs, a fireplace, and comfy couches. There was a full bar but it was an afternoon performance so I passed.

After a few questions about their new album and tour that were asked by Matt Phipps, a DJ at the River Boston who was involved with this intimate performance, they just started playing. The band had just flown into Boston and still had to get to the Paradise for a sound check for a concert later that evening, so it was just a short set of 4 acoustic songs performed by Ed Roland and his new guitarist Jesse Triplett.

The first two songs were from their new album “See What you Started by Continuing” including AYTA followed by the classic hits December and The World I Know. I really enjoyed hearing Ed’s voice so clearly which sounds as good now as it sounded in the 1990’s when the band was at their most popular. He loves the band the Cars and even started playing snippets of a few of their songs just to have some fun with the crowd.

The performance was  lovely and intimate and they played one of my favorite songs that made me feel like I was dreaming sitting 20 feet from them.  It was a short but amazing opportunity hanging out with Jesse and Ed like old friends.