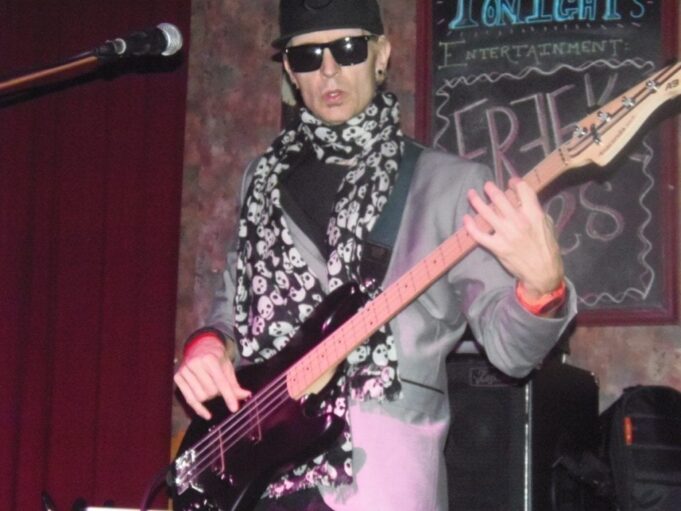 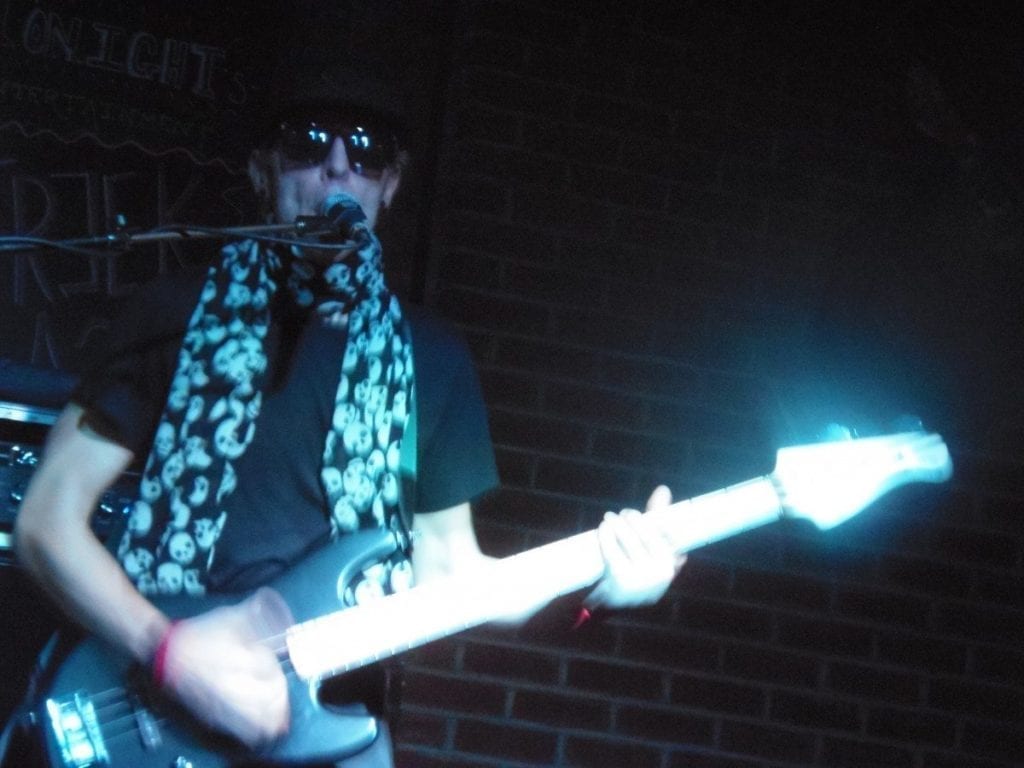 I had been hearing about the Main Pub for years, but had never been myself so I was stoked to go down and check it out.  And since I hadn’t heard Freekbass play in almost ten years, or at least it felt that way, it became an easy choice.  My wife and I cruised down, found parking behind the club and cruised inside.

We were greeted by the staff, got a table and had a nice meal, apps were 20 spicy bbq wings, followed by a nice Caesar salad and fish tacos.  We accompanied those with Cosmos for my wife, and I had a neat Bookers-  a more clear statement about the bar’s quality could not be made once you realize that they have Booker’s on the bourbon list.  After a while we wandered into the adjacent band room, where a private party had just finished up and Freekbass was getting ready to hit the stage.

The stage is wide but not too deep, but plenty large enough for bands, and certainly large enough for this three piece from Cincinnati. There was a nice pile of bass bins in front of the stage that certainly would get some use tonight.  The room like the dining room is a wood and  brick motif, and very cozy as a New England music bar.  They have hosted tons of bands over the years from Tim Reynolds to the Alchemystics, the McLovins to Adam Ezra Group.  But this was the first CT appearance by Freekbass in around a decade when they stopped through Sully’s and the South Norwalk Oyster festival in the space of a year or two way back then.

The current lineup, The Bump Assembly, is a tight three piece outfit. Big BAMN on the drums, Dan Barger on saxes and vocals and vibes, and Freekbass handling lead vocals and bass everything else.  This is a slightly unusual band lineup in general, no guitars, no keys, but because Freekbass is handling so much on the bass guitar, it covers the jobs of both bass and guitar in a normal band.  The sound is funk heavy, and party driven-  don’t expect the complicated funk concepts of a Kung Fu or a Brother’s Johnson, rather the down and dirty fun funk of Funkadelic.  Moreso than Parliament, Funkadelic is the correct comparison.

While the music is not complex that they are doing, it’s fun and compelling and the complexity comes in from the bass which is somehow almost always playing bass lines and leads rolled into one.  You think that hey, what he’s doing doesn’t sound that complicated for a guy named Freekbass.  But then you take a minute, and you loosen up your eye muscles, and you realize that what you’re seeing is some of the most complex bass lines you’ve ever seen. It’s not filled with flash, the lines are meaningfully composed and have direction and purpose.  So don’t expect the surreal complexities of Victor Wooten, or interpretations of Buckethead translated to the bass, but something that Freekbass is really doing all by himself.  Bringing the bass lines into a higher level- achieving both the fundamental roles that bass typically occupies, and also the flash and verve of a lead instrument.  I’s truly compelling. 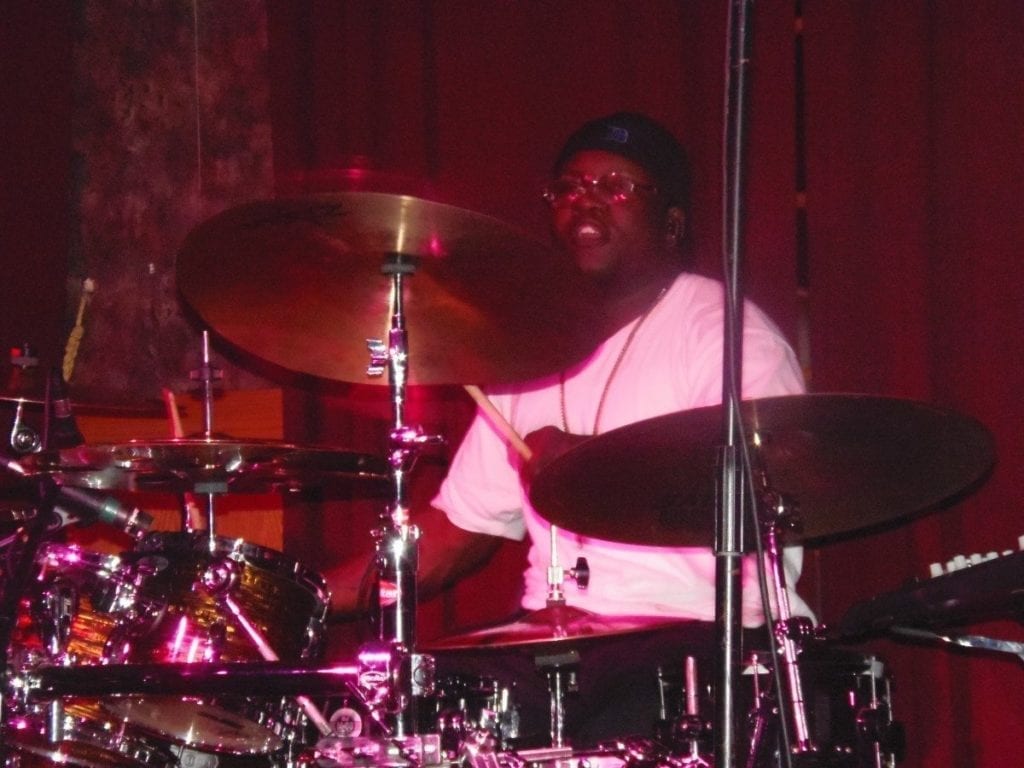 He performed cuts from the current Everybody’s Feeling Real album that is recorded with this current lineup, plus takes from Junkyard Waltz (Higher, Milkhunt) and the album he put out under the name Freekbot (Grinder).  He also did a completely epic funk medley that covered a wide array of tunes including Fame by David Bowie, some Sly Stone (Wanna Take You Higher), P Funk (Flashlight) and was that Lil Bow Wow I heard (That’s My Name with Snoop Dogg.)

This is a fun band, and a great night out for sure.  I look forward to the next time I run into Freekbass at a festival or club.


Check out the review of the Balkun Brothers and Gang of Thieves at Strange Brew in CT here.


Check out Brian Willis’ review of Better Off Dead at the 8*10 in Baltimore MD.