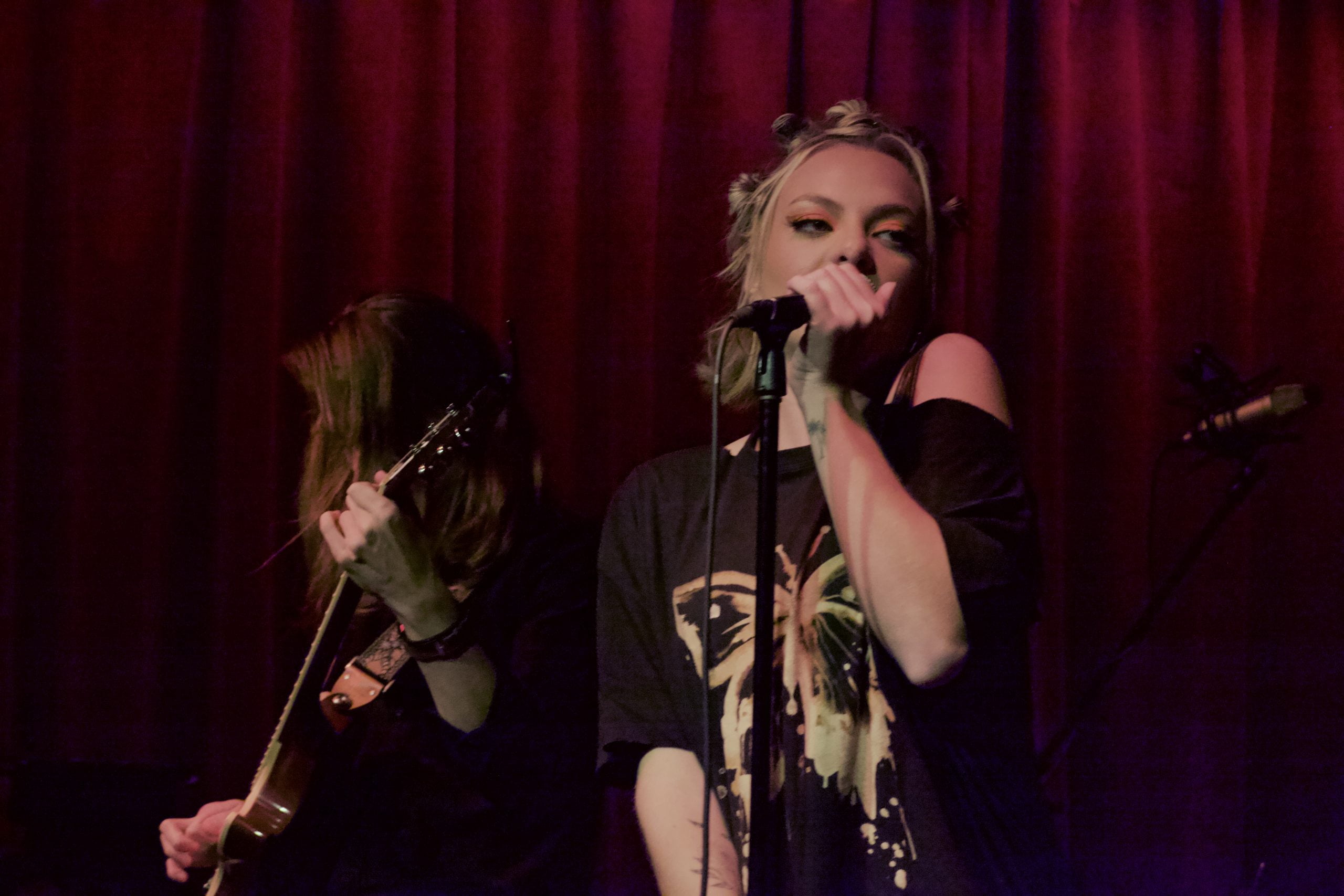 Kaya Stewart comes from a famous musical pedigree with Dave Stewart being her father. Stewart is a GRAMMY-Award winning artist, singer/songwriter, guitarist and producer. He is also a 2022 Rock and Rock Hall of Fame inductee. In addition, he co-founded the rock super duo, The Eurythmics, with Annie Lennox. In spite of that famous connection, Kaya holds her own as a performer and is mostly definitely an accomplished musician in her own right.

Stewart is a confident presence onstage: she is very upbeat and personable. For the last few months, she has been doing a regular residency at Hotel Café. Last Thursday, she performed there again with her talented band that includes guitarist Benjamin Fortin, bassist Miles Davis, drummer Jake Absher and Chaynler Joie on backing vocals. All were proficient, versatile and adept players. The memorable eight-song set showcased her very good sophomore, full-length album, If Things Go South. When asked about the new album, Kaya was reflective about all she has gone through, Stewart explaining,” This record is one-hundred percent who I am now.”

Her background growing up matches that journey characterized as having a chaotic time in her life, dealing with self-doubt, the heartbreak of love, and everything in between, plus having to cope and deal to mental health issues.

Out of the eight-song set, there were a number of highlights: “If Things Go South,” “Young In New York,” “3 Is Company” and “Honey.” Debbie Harry and Alanis Morrisette are primary influences of Stewart. Their inspiration has contributed to the grit, mettle and sass she brought to her dynamic, fun live performance.

At the tender age of 13, Stewart got a record deal with Warner Bros with her own ingenuity uploading her own music to Soundcloud and the famous label took notice. The self-titled album, Kaya Stewart, got millions of streams. Later, she went independent and recorded an EP called Miss Kayain Nashville with renowned producer Jamie Lidell.

Kaya Stewart delivered a satisfying performance that showed a lot promise and sincerity in her delivery of the moving autographical material.