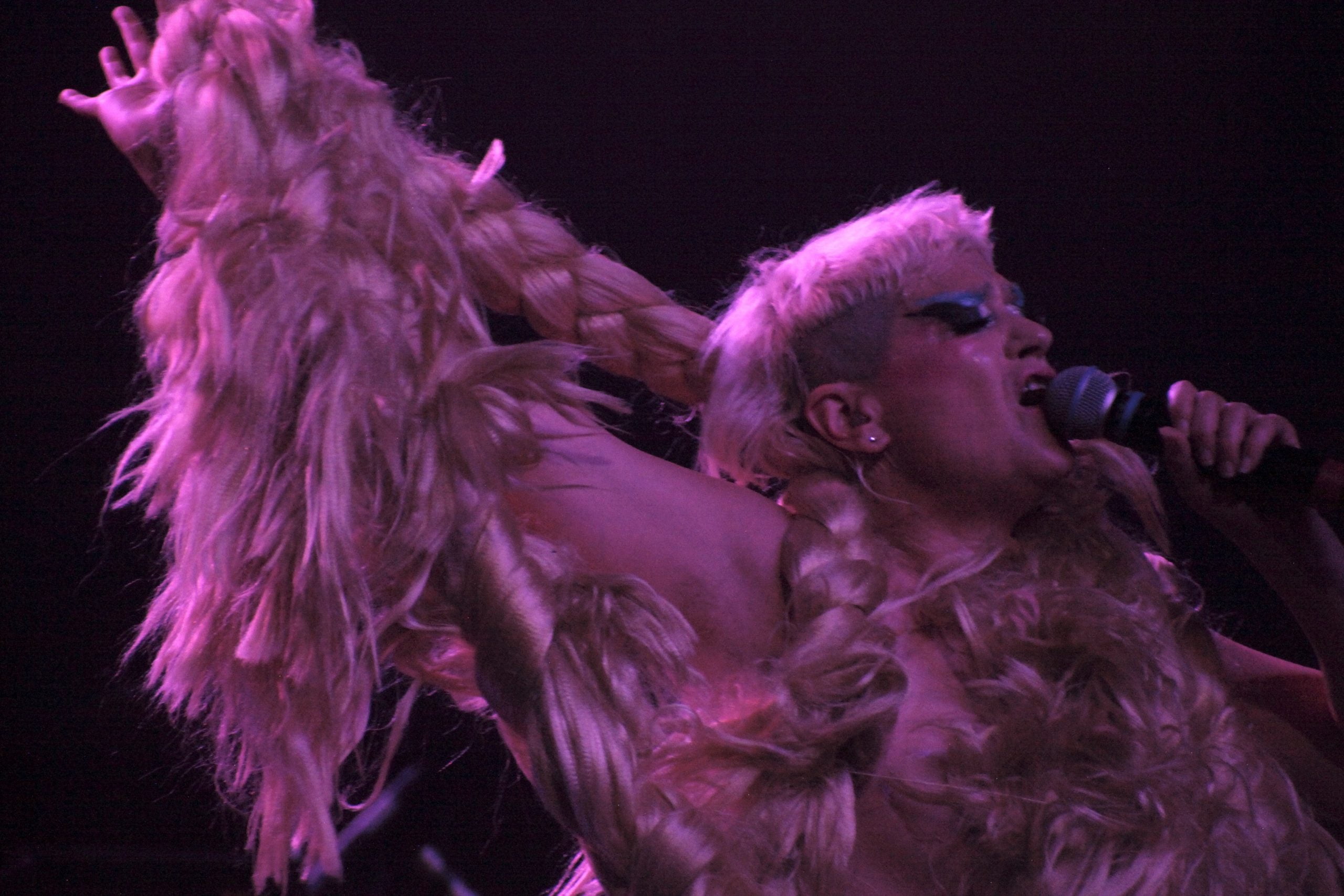 The Fonda Theater in Los Angeles CA welcomed Peaches on August 13 2022. By Harriet Kaplan with Photos by John Snedden

There is no doubt that Peaches is a provocative and outrageous singer/songwriter, musician and performer. It’s been the stock and trade of this outrageous Canadian artist named Merrill Nisker that began to go by the name Peaches two decades ago. And yes, the spotlight continues to shine brightly upon her years after the release of “The Teaches of Peaches” twenty two years later.

On her current tour, the beyond edgy performer is celebrating this seminal album. She is really an icon of sex and manages to radiate and project an indie rock type of edge. With her humor intact and noting the irony of the “passage of time,” Peaches took the stage with a walker with a shriveled pussy atop her head. It was the prelude to rocking out with her fans on “Set It Off.”

Full gallery of photos from this show by John Snedden here.

Peaches quickly got into the crowd and surfed it mightily during “Diddle My Skiddle.” She also put on a onesie with the words “Thank God For Abortion.” Peaches can really play the guitar and demonstrated her chops on “Keine Melodien.” On the punk-accented “Sucker” and “Rock Show,” Peaches brought out her full band which really showcased all of their musical prowess. A strip routine came early into the show “Suck and Let Go” driven by an electronic beat.

Peaches biggest songs comprised the second act of the 90-minute set. “Shake Your Dix” paid tribute to the inclusivity of her very diverse audience that packed into the Fonda Theater with a lot of pomp and energy of their own and distinctive clothing and accessories to mark their own individuality. Fists were pumping the air to the “Boys Wanna Be Her” that has a metal/glam sound to it. Peaches literally bared all in what is really a COVID-19 party track “Pussy Mask.” That is one of her newest songs. The dancers twisted themselves into a gyrating vagina costumes around Peaches and there were a series of “dancing vaginas” on “Vaginoplasty.” “Dick in the Air” closed her explosive set. Silly string was shot into the crowd that created a further upbeat atmosphere with the crowd, started by Peaches.

Peaches remains a relevant and vital force in music that puts it all together into crazy, way-out-there-package of humor, fun, art and in your face, down and dirty sexuality. Especially in this conservative era in the repression of one’s sexuality, Peaches’ voice, stance and persona and literally devil doesn’t care attitude is badly needed- now more than ever.

Full gallery of photos from this show by John Snedden here.