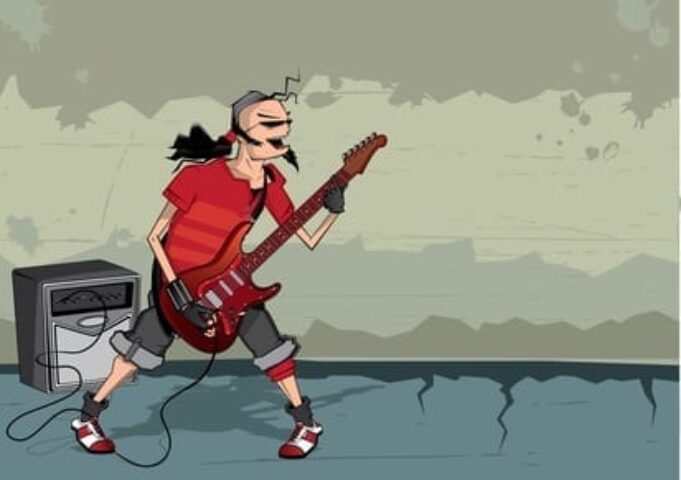 When you’ve been on the road for weeks and you’re getting bored of everything from books to groupies, sometimes all a band or recording artist have to keep themselves entertained is a good game, that they can either enjoy alone or in the company of friends.

Here are just some of the musically gifted characters of past and present who found solace away from the paparazzi and manic fans, in the safety and comfort of the rules and structure provided by a game.

Despite marketing himself as a seemingly ageless waster, the D-O-double-G is a savvy businessman and realized early on that video games were about to take off. Such was his love of online shooter Call of Duty he lent his voice to the Ghosts edition of the game.

His verbal interludes in the game are flashes of genius, often rhyming in that signature smooth flow, as enemy combatants are fragged into next week.

Back when the Eagles first started touring there weren’t the online gaming options of today, meaning they had to turn to more traditional card games. Although, with the band still going strong who knows what they get up to backstage these days.

The one game that took the band by storm was poker, with Glenn Frey and Don Henley the members who took things to the next level, hosting private late night poker sessions in their Hollywood Hills mansion and playing backstage in between sets.

However, it doesn’t end there because the band were also famous for creating their very own version of the game called Eagle Poker; a derivative of Acey Deucey (aka Red Dog). It therefore comes as no surprise that poker featured prominently in their song lyrics, with popular tracks Desperado and Out of Control both featuring homages to the game and all its trappings.

When they step from the spotlight, all some artists want to do is lose themselves in another world

Once more known for his plucking and strumming skills than his acting, Jack Black used to love gaming while on tour and to such a degree that even a lead computer game character was based on him by the makers of Brutal Legend, a real-time strategy game that also featured rock royalty such as Rob Halford, Lita Ford and Lemmy Kilmister.

Well known for being a funny man among his Hollywood peers, Black recently started his own YouTube gaming channel called Jablinski Games, which he then proceeded to use to post videos containing zero minutes of gameplay, preferring instead to horse around. That didn’t stop him grabbing the attention of top gamers like Ninja, who Black challenged to a game of Fortnite.

Although we suspect the Compton native had a different variety of game involved when he chose his rap name, it’s still fun to picture The Game gaming and sure enough the man who brought us the joys of How We Do and Hate It or Love It does in fact have a soft spot for games, citing Call of Duty: Modern Warfare 2 as one of his favorites to kick back to.

The Beliebers among you will already know, but the Canadian sensation that is Justin Bieber is a big fan of any type of game, be it ping pong, basketball or some controller jiggery-pokery. His go-to video game is Call of Duty: Black Ops, although he also dabbles in the dark art of Mario Kart if his busy schedule allows.

If you hadn’t worked it out yet, rappers love a video game or two, especially the ones that allow them to use firearms without the worry of being bothered by the police. The world’s most famous white boy rapper is no exception, loving a spot of Call of Duty: Black Ops, which included an exclusive song of his on its soundtrack.

Drop us a line at [email protected] with your live music news or show reviews, or even a golden concert memory you’d like to share with others.