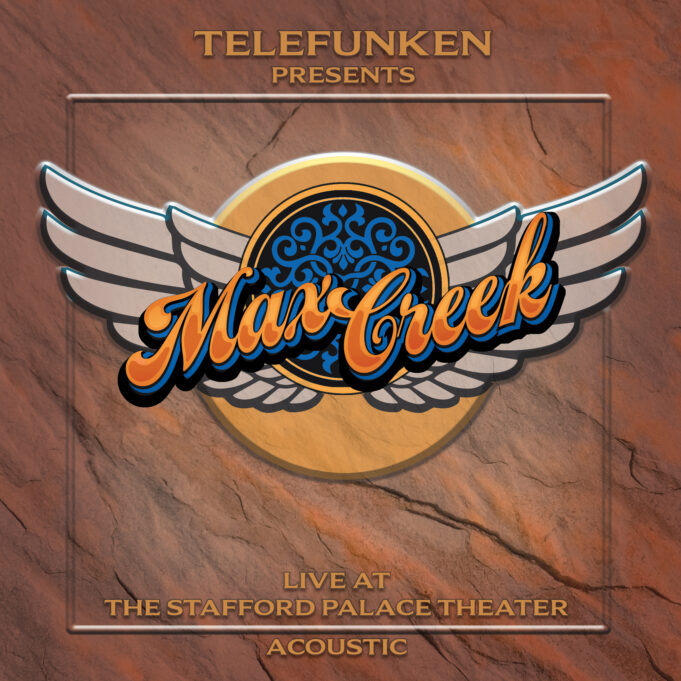 Max Creek, one of the most revered jambands of the Northeast and beyond, is celebrating its 49th year with its first ever live acoustic album. Called Live at The Stafford Palace Theater, the recording is from Creek’s two special performances at the eponymous theater in Stafford Springs, CT in February 2019. The record will be available on 150-gram deluxe weight vinyl (with download card included) and streaming services beginning February 22nd, 2020. This is the official release of numbered vinyl 101-300. The good folks behind TELEFUNKEN Elektro Records advise you to jump on this offer at 2 PM on Saturday the 22nd, as the first run of vinyl, released back on February 1st, sold out in an hour! The link to order (which won’t be live till 2 PM on 2/22) will be on Max Creek’s website as well as Facebook page and Twitter account.

TELEFUNKEN Elektro Records has already released the first single from the album, Creek’s song “High on a Mountain Top.” Check it out below:

Max Creek released its first album in 19 years last spring, Live at 45. A two-disc compilation of Creek’s finest performances over the last two decades, Live at the Stafford Palace Theater will prove a pleasant companion piece to last year’s release.

Compiled over the course of two very special acoustic sets at The Stafford Palace Theater on February 22nd & 23rd 2019, the album features long time fan favorites like “High On A Mountain,” “Hard Love,” and “Three,” as well as traditional covers by Paul Simon and The Beatles. Max Creek was unwittingly largely responsible for Toni Fishman’s direction in life – not only serving as an aural door-opener to groups like the Grateful Dead and Phish – but turning him on to recording live music and ultimately, founding Telefunken Elektro Records.

The once-impressionable high schooler never forget the impact early Creek shows made on him and why he would ultimately have the band playing his 50th – the planned celebration being a two-night run at TELEFUNKEN’S intimate Soundstage in South Windsor, Conn. The shows, which ran Feb. 22-23, 2019, were sheer magic. Brilliantly illuminated by lighting designer Matt Calabrese on the opening night and then Calabrese teaming up with projection artists Marco Ferrero, Steve Pavlovsky of Liquid Light Lab and Graeme Walford of Heavy Light VT for the closer, attendees were treated to acoustic and electric sets by a band that really delivered the goods. This limited-edition album captures the essence of the two acoustic sets – a great combination of originals and choice covers handled with aplomb by bassist John Rider, guitarist Scott Murawski, keyboardist Mark Mercier, drummer Bill Carbone and percussionist Jamemurrell Stanley. “It’s just a miracle to be here and alive,” Murawski said in a matter-of-fact way between songs at a 2017 performance, emphasizing nearly two years later how this pair of shows in Stafford Springs underlined the bond between the band and their fans which is now in its fifth decade.

The appearance of a quiet, but unabashed contentment was evident on Fishman’s face each night – and why not. The proceedings were completely in synch. A storied venue, a memorable party, the band clearly enjoying itself – bathed in a magnificent light show – in front of a full house wrapped in impeccably produced sound. In short, if you were there, this album will transport you back to those storied shows. If you missed them, you’ll hear why Fishman did this for his 50th birthday.