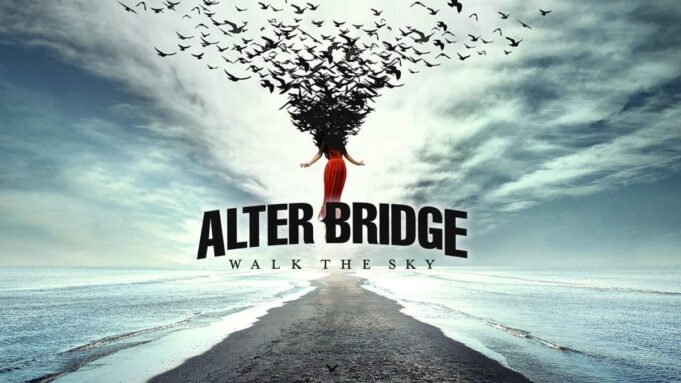 (February 18, 2020 – New York, NY) On the heels of their successful winter headline tour that wraps next week, Alter Bridge are announcing a spring run that is set to kickoff this May. The next headline run will include select festival appearances as well as headline shows with special guests Black Stone Cherry and Saint Asonia. The tour kicks off on May 1st in Atlanta and wraps up on May 24th at Rocklahoma in Pryor, OK. The tour will make stops in Huntington, NY; Sayreville, NJ; New Orleans, LA and Houston, TX to name a few. Artist presale begins Wednesday, February 19thfrom 10AM – Thursday, February 20th 10PM local time and the public on sale is Friday, February 21st at 10AM local time. Previously announced festival appearances include Epicenter Festival in Charlotte, NC; Welcome to Rockville in Daytona Beach, FL; Sonic Temple Festival in Columbus, OH and Rocklahoma in Pryor, OK.

As a new decade gets underway and New Year’s resolutions are made and broken, Alter Bridge are back with a new single and video for the song “Godspeed.” The song has become a fast favorite amongst fans and critics alike and is currently impacting at Active Rock radio. Written in memory of a friend of the band who passed away, “Godspeed” is an uplifting musical memorial for anyone who has lost someone.

On the heels of their first career #1 on the Top Current Albums Chart in the US and guitarist Mark Tremonti being voted Guitarist of the Decade by Guitar World magazine, Alter Bridge are getting ready to kick off the first leg of their Walk The Sky Tour 2020 this month. The band will play a kickoff date in Lake Charles, LA at the Golden Nugget Casino on January 31st before jumping on board Shiprocked as co-headliner alongside Halestorm. Back on land, the band will be making stops in Nashville, TN; Indianapolis, IN; Milwaukee, Wi; and Los Angeles, CA among others before wrapping up on February 27th in Spokane, WA. This leg will be just the beginning of what is shaping up to be a robust year of tour around the globe for Alter Bridge with more shows to be announced in the future.

Alter Bridge burst onto the music scene in 2004 with the release of their gold-selling debut, One Day Remains. In 2007, the band released Blackbird, the album that elevated the band’s profile worldwide. The epic solo in the title track “Blackbird” was voted “Greatest Guitar Solo Of All Time” by Guitarist Magazine. ABIII was released in 2010 and the single “Isolation” gave the band their first #1 single. In 2013, the band reached an elevated creative and critical plateau with Fortress. It bowed at #12 on the Billboard Top 200, moving over 30,000 copies first-week and earning unanimous tastemaker praise. The record garnered perfect scores from Total Guitar and KERRANG! as well as acclaim from Billboard, The Guardian, Loudwire, Ultimate Guitar, and many more. In between sold out tours in Europe and North America, the guys appeared on VH1 and graced the cover of Classic Rock Magazine who labeled Fortress, “The best thing they’ve ever done,” while Eddie Trunk called it, “A top 10 album of the last 10 years.”

2016’s The Last Hero gave the band their first Top 10 album since their debut. Alter Bridge has appeared on The Tonight Show and Jimmy Kimmel Live and their music has been used by the WWE, Major League Baseball and NASCAR to name a few. The band recently released the video and audio of their career highlight, Live At The Royal Albert Hall, featuring Alter Bridge backed by the 52-piece Parallax Orchestra led by conductor Simon Dobson. In December 2019, Guitar World magazine voted Mark Tremonti the Guitarist of the Decade and the latest album Walk The Sky ended up on numerous year end lists signifying Alter Bridge are showing no signs of slowing down.