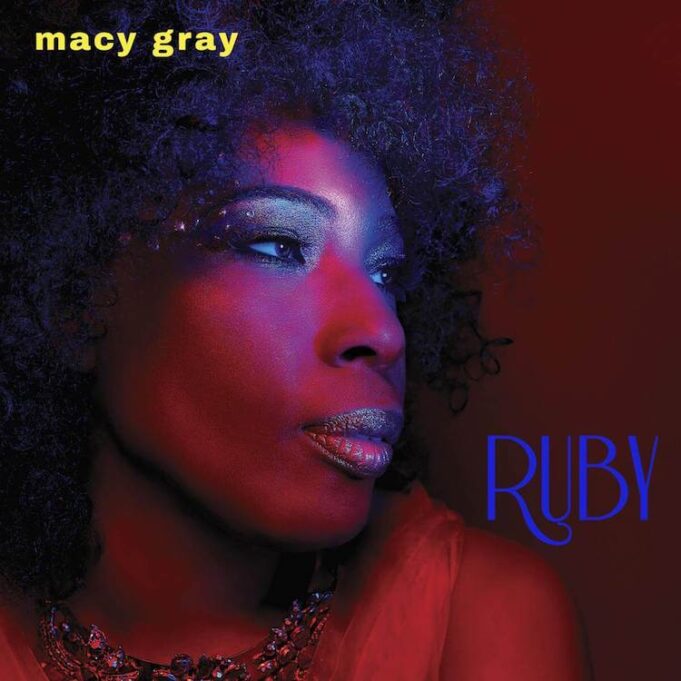 The last time I saw Macy Gray was in 2000 on a stadium tour when she opened for the Dave Matthews Band. At the time she was at the height of her radio and MTv popularity, and had a massive band replete with rainbow colored costumes and huge wigs and afros. It was a great show but it was pouring that day and our seats felt as if they were a mile from the stage, and this was before the stadiums were filled with huge screens at every angle.

So I was very excited to be going to see Gray at Sculler’s Jazz Club in Boston in a very intimate setting, capacity is around two hundred people. Gray was doing six shows in three nights and was likely to be in top form.

The band took the stage and in a throwback to more classic performance stylings, hyped up the crowd before Gray took the stage for the opening song: “Just Like Jenny.” The band consisted of drums, bass, two people on keyboards and one of them doubled on saxophone. Conspicuous in the lineup was the absence of guitar, which proved to be a complete non issue for the band that night (it just doesn’t seem to fit their motif.)

Next up was the original “White Man” and Gray was already in full voice. Her energy is palpable- creative, original, filled with passion, urgency. The styles of the band and Gray herself range from soul to jazz, at times funky, at other times sultry. The band follows her lead at every turn.

I had expected some covers as I know she has done covers records but was somewhat surprised by the choice of “Nothing Else Matters” by Metallica. I’m sure those more familiar with her work knew to expect it but I did not. The performance of this song was a perfect illustration of her versatility, taking a hard rock song and making it a torchlight jazz standard with her delivery.

Any conclusions you may draw about Gray were confirmed by the next selection “Crazy Bitch.” As discussed in LMNR’s exclusive interview– Gray has a strong interest in mental health and her banter that night with the crowd- which was frequent and at times candid and hilarious- illustrate her atypical world view. Love her or not, Gray has strong philosophical viewpoints that infuse her performance. This is not to say that she was remotely political, but you could just get a feel for her personal ideologies just from her banter and on stage attitude. Far from off putting, it makes you feel personally involved with her, and you just want to run out of the show, do a slow burn dance, make love to your date, or crack an inappropriate joke.

Crowd participation is something that Gray really took to the fore, as with songs like “Do Something” or her seminal hit “I Try.” She engaged, urging us to understand that the show was a conversation from stage to audience and back again. That not only were they there to entertain, but in a way the audience owed her something back: entertainment, engagement, participation. She made everyone in the audience sing “I Try” to her and the band and the response was exactly what she and everyone else there may have wanted.

I especially enjoyed the cut off of her new record, Ruby- “Buddha” had the slow burn excitement that defined the whole show. “Sweet Baby” was another familiar song that made the audience very happy. Another cover, this time the rock classic “California Dreaming” showcased Gray’s ability to combine the familiar with the creative, and to take us to another place, to make us both comfortable and to feel as if we were soaring into the unknown.

I hope to not make it another twenty years before I see this enigmatic yet familiar performer.

Check out the LMNR facebook page here for updates and photo galleries.

Drop us a line and say Hi at [email protected] Consider the Glory! Submit your own review or story.