On the heels of the release of the album, Ruby, we caught up with Macy Gray and had an amazing conversation about everything from her new music, song writing, fame, womanhood, and mental health.

Over the last twenty years, Gray has had a decorated career. Her accolades include:

Macy Grays most recent album, Ruby, includes a collaboration with Gary Clark Jr. Gray is embarking on a tour of the United States this month featuring smaller more intimate venues. She will then follow that with a tour of Europe. Tour dates are listed below.

AN INTERVIEW WITH MACY GRAY

LMNR: You just released your tenth studio album, Ruby.  Tell us about how that album came about and what it means to you to get to this milestone of ten studio albums.

MACY GRAY: It actually started after I did that Ariana Grande song on my last record (Leave Me Lonely), and I went to the producers house to do the vocals. We hit it off, and we started my new album the next day.

LMNR: You collaborated with Gary Clark Jr on Buddha, and it is being celebrated as a great song.  What significance does the song have for you lyrically?

LMNR: What was it like working with Gary Clark Jr?

MACY GRAY: Oh, he’s real cool-  we met and I had Buddha.  I was working in the studio and the producer was doing like a fake guitar part on the keyboard and we were talking about who might be able to come in and do it.  And we were like “Oh, we’ve got Gary Clark Jr!!”

LMNR:  Gary Clark Jr is a bit of the IT musician right now.  There was a time when you were the IT musician.  Do you have any words of advice for a person in that position?

MACY GRAY: You have to start from there, and twist it, and milk it.  Turn it into something.  I think that everybody,   anybody you have heard of has done it.  It’s cool, it’s a great time.  There’s nothing like having your moment.  Real art is turning into something, making it last.  It’s not a bad thing- it’s a great thing, but if you can’t take it from there, then that’s difficult.  It’s hard to be so high and then all of a sudden, it’s not even close.    I’ve been there too, but I’m proud of myself that I’ve been able to keep going after all this time. I think that’s huge in this business.

LMNR: Is that a time frame in your life you remember positively, being that IT performer?

MACY GRAY: Absolutely!  Oh definitely.  It’s not a bad thing, it’s a great thing.  I’m proud of myself that I’ve been able to keep going all of this time. I still love it, I love all this shit.

MACY GRAY: Yea,  when I hear Trump, every time there is one of those mass shootings, he would always blame it on mental illness.  That’s something, for so many people- it’s so dangerous.  He gave it a worse stigma than it already had (mental illness).  Just because you have a disorder doesn’t mean you are going to go out and shoot people.    I think that there is a really horrible misunderstanding as to what it is (mental illness) and its effects and what it does.    I understand, it’s called mental illness-  and nobody wants to sit around and talk about it.

I think that your mental health is just as important as your physical health.  So I am working with my new foundation to change that for the better.  There is a lot of awareness, but there are a lot of problems that exist in the mental health industry that I want to help change.

LMNR: The tour you are about to start is in really intimate rooms- jazz rooms, historic rooms- but definitely venues with smaller capacities.  Tell us about the aesthetic of playing to a small room versus say playing in an arena or stadium?

MACY GRAY: Small rooms- The people are right there under your nose, and they can see everything, every drip of sweat- so it is intimate.  There is more conversation with the audience, you can really see who is out there and you can talk to who they are.    If the audience is all four years old, you can talk about toys, know what I mean?

But at an arena, it’s much bigger, you give the performance that they came for. You kind of do an ‘everybody’ show.  When you go to one of those jazz clubs, you get a custom show.   It provides an opportunity for a super personal show.

LMNR: So, What is Braid Bar in Los Angeles?

MACY GRAY: Braid Bar is this magical place. We do braids. We’re opening up in Hollywood in November.  We’re going to shut down Hollywood Blvd for the opening.  We’re getting the best hair stylists in town to braid.  They can do art on your hair, amazing shit.  Crazy shit.  Right on top of your head.

LMNR: You cover so many labels-  a woman with experience, a woman of color in America-  whether it is the last ten years or the last year or two or the years in the near future-  do you any feeling for the societal status of women like you?  Are you feeling hopeful or fearful for women of color in America?

MACY GRAY: It’s all rocking right now, everybody is doing their own thing.  I know that we get the short end sometimes.  But I was raised,  my mother never let me being a woman be an excuse, or being black as being an excuse.  I know that a lot of people look at me sideways when I make certain comments.

I’ve never felt like my life would be harder. I know that people say that Girls have to work so hard.  I just  always did my thing.  I didn’t go in expecting that.  Just do what I’m good at.  To not let that hold me back at all.  I never think about it.  Like when I’m talking to someone, I don’t think that they’re not going to listen because I’m black or because I’m a woman.  I just don’t think that way.  That has helped me a lot.

As far as I can see, the most powerful people in the world right now are women.  I think that every girl should like that.  We don’t have to sit around, do the victim thing, or think that we’re second best anymore.  We have all the same rights.  Except in sports,   that’s crazy what women are being paid to play basketball and what men get paid.  I think that’s bullshit.  You know it’s like anything else- you’ve got to fight for stuff until you get it.

LMNR: Your style is influenced by Billie Holiday-  what did she mean to you as a young fan of music?  How is her history, style and experience influencing you as a writer and performer now, and or when you were younger and growing up as a musician?

MACY GRAY: Oh, she just sang from the soul.  One thing about her records, you can understand everything she says.  It was important to her to tell her story, where she is coming from, and so that really influenced me the most as far as  in singing and song writing.  The best way to get into people’s heart is to make them relate.  That was her biggest influence for me.

LMNR: As a writer, your style is less reliant on metaphor and obscured imagery-  tell us about your voice as a writer is, and what you are trying to achieve with your song writing.

MACY GRAY: I don’t know-  I don’t know if I’ll figure it out-  I want to write great songs.  It’s really important to me to  talk about things that people can relate to.  It’s really important to me to be clear.  I know I hear songs that have like poetry and abstract  stuff and you don’t know what they’re talking about.  I think that’s cool, but to me it’s more important to have a conversation, and tell them what is on my mind.  And make it so that they can understand it.  There’s not a lot of analyzation or read between the lines to my music.   To me- when someone is singing a song, I like to know what they’re talking about, that’s all.

LMNR: Do you want to talk about film and acting?

MACY GRAY: It’s way more of a challenge.   It’s a lot more concentration, you have to learn lines, and become a character.  And then you get on set, and there’s a ton of people, and you have to wait, and you have to do it over and over.

LMNR: We’ve watched as the music industry, and society in general- has experienced a huge revolution since you broke into the main stream or national consciousness.  As we are about to start a new decade, what are your thoughts about the future of music in the near term?

I don’t know where it can go from here, but I know some kid is figuring it out.  We’ll see. 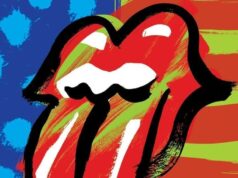 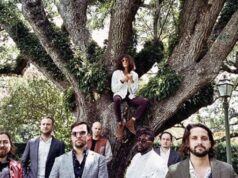 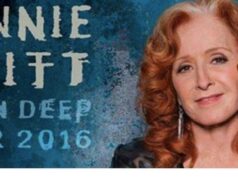 Organ Freeman Breaking Through the Noise