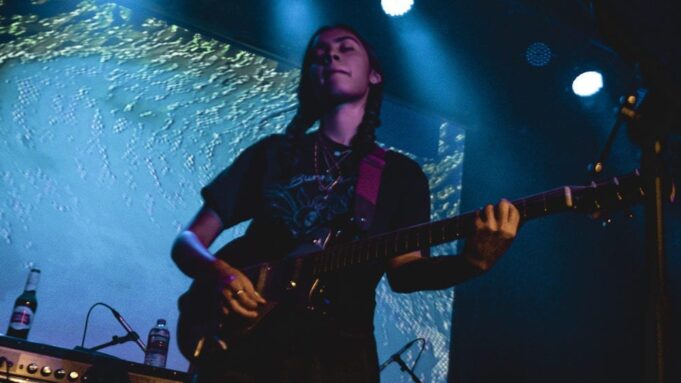 On Thursday October 3rd, Crumb performed at Slim’s in San Francisco for the first night of their two-day stay. The venue was packed by the band’s loyal fans, who have seen them perform multiple times.

To begin the night, Crumb sang “Cracking,” the first song off their debut album Jinx which came out in June of this year. Throughout the night, the crowd was dancing along to the music and having a good time.

In addition to playing songs from their album, they also performed songs from their two EP’s for long time fans. They played songs like “Plants” and the self tidal track “Locket” from Locket in 2017.

They closed out the night with “So Tired” from their first EP Crumb, which was the first song released in 2016. If you have not checked out the band yet, you should; because with their talent and catchy tunes, you are sure to be hearing more about them.

Pitchfork has called Crumb “music you listen to when you’re by yourself.”

Drop us a line at [email protected] with your live music news, show review, concert memory, or just to say Hi!

Check out the search feature in the upper right and search for your favorite artist, venue, event or genre. You’ll see that there is a ton of articles that include exclusive content- videos, photos, and audio that you can’t find anywhere else.