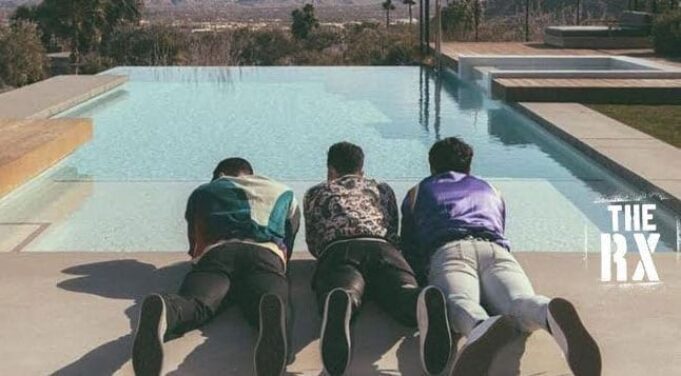 Our favorite brothers from New Jersey are back together, the ones that completely dominated the market led by the hand of Disney. As a brand the Jonas Brothers were a global phenomenon, and after their 6-year hiatus, they broke the market with the release of Sucker, a Single that debuted at #1 on most lists, being this the first song of the album Happiness Begins.

The brothers had released 4 studio albums, with just a little evolution between them, the start of them was as a pop-punk band. After debating about the name and brand they wanted to build they settled under the name Jonas Brothers, as they said on YouTube’s web show Hot Ones.

The path was quite interesting being signed by Sony’s Columbia Records, and then dropped after It’s About Time (2006), their first album. The singles “Mandy” and “Year 3000” initiated the path for them.

Then came Jonas Brothers (2007) with some of their greatest hits, “S.O.S”, “Hold On” and “When You Look At Me In The Eyes” are still anthems for those OG Jonas Brother fans, as well as “Kids Of The Future”, being a “rockier” song, in comparison to the rest of the album. The band had already moved into a more pop sound after being signed by Disney’s Hollywood Records.

“Jonas Brothers” was their first album that charted in Australia, Canada, Ireland, and Germany. A year later they released A Little Bit Longer, (2008) which was the best-selling album of the band with 1.6 million copies sold by 2015. The singles “Burnin’ Up” and “Lovebug,” are still classics, not to mention “Pushin’ Me Away.”

The last studio album before the band’s split was Lines, Vines and Trying Times (2009), although it performed well, it was because of the momentum of the band, with singles like “Fly With Me” and “Paranoid.” Just before the break they took, the brothers were about to release another album “V,” but they decided to leave it as a live album right after their separation.

The timing for the comeback was amazing, reminiscing about the ‘00s we found ourselves with them coming back together and a more relevant Miley Cyrus. The Brothers announced it via social media and 2 days later during the first week of March, they released “Sucker,” in which we see a much more classic pop sound, a more mature group of brothers and very well accompanied.

Then “Cool” reminds us what they’ve been up to recently, the amount of references is funny and enjoyable as it can possibly be. They mention Post Malone reference’s in his songs, and Joe’s relationship with Game of Thrones star, Sophie Turner.

Although it is quite a more mature production, we have a couple of songs that are a bit too generic such as “Love Her” and “Hesitate.” The band’s new album is not the greatest, but it was well done.

We can say for sure, that the album has a bigger chance of being a hit than Joe Jonas favorite football team, New York Giants to overcome the NFL Superbowl odds!

The band, as we mentioned before, went on the show Hot Ones, a hit on YouTube where people like Billie Eilish, Shaquille O’Neill, or Ricky Gervais have been. Also, they appeared in multiple occasions on the Late Late Show with James Corden to promote it, singing Sucker in the always fun to watch section Carpool Karaoke.

During the said segment, the boys clarified what had happened during the breakup, and the process of their new album. A quote that sums it up on Pitchfork says, “When Nick sings ‘When I grow up, I wanna be just like me’ on ‘Cool,’ you kind of see what he means. The Jonas Brothers didn’t need a total reinvention to come back – they just needed a clean slate.”

Meanwhile, Vulture seems to agree with this, claiming that the “trio seems rejuvenated catering to each other’s strengths again, but it’s the songs where they branch out.” The magazine affirms that Happiness Matters “defies all of the accepted wisdom about the trajectories of young singing groups.”