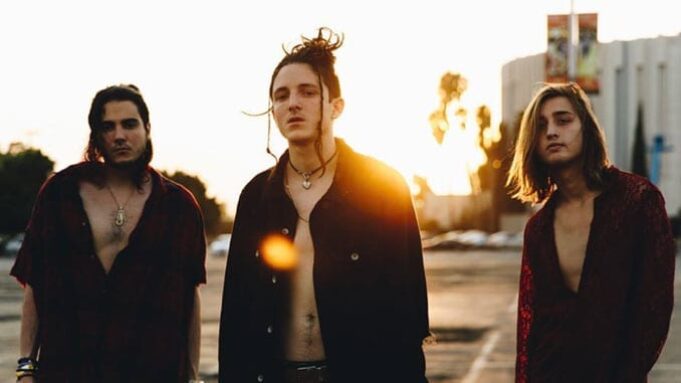 Emerging alt-pop trio, Chase Atlantic, have announced a massive headline tour across North America this summer. Presented by Live Nation’s Ones To Watch and The Noise, the 29-date trek launches in Philadelphia on Friday, June 14 and hits major cities including Los Angeles, Chicago, Toronto, and New York before wrapping in Silver Spring, MD on Thursday, July 25. Lauren Sanderson will also provide direct support on all shows. Tickets are available for purchase here. The full touring itinerary can be found below as well.

Chase Atlantic is also pleased to announce the release of their highly-anticipated sophomore album, Phases, out Friday, June 28 on BMG/MDDN. The record serves as a follow up to their latest EP, DON’T TRY THIS (Jan. 2019), and their self-titled debut effort (2017). “We made this album because we wanted to drastically pivot the angle in which pop culture is viewed and ultimately digested,” says lead vocalist, Mitchel Cave. “Throughout our career so far, Chase Atlantic has always been represented as a ‘go to’ for unique and complex music with high sonic value. We’ve been able to fuse genres and aesthetic together to create a defined nocturnal bliss of our own, blending dreamy melodies with moody progressions, all the while touching on subjects from drug abuse to romantic pieces.”

“This album feels as though it is truly a work of astronomical measures,” he adds. “It’s the first time we were able to honestly and openly hone into something so monumentally special and raw without compromising even an inch of our integrity as artists. We’ve developed a completely new sound within a matter of months that has never been tapped into before. Chase Atlantic is now dwelling within a realm of its own; it’s both scarily isolating and blissfully euphoric at the same time. Welcome to a whole new era.”

The official track listing and more details about Chase Atlantic’s forthcoming album will be revealed soon. Stay tuned for more news to come.

Chase Atlantic personally write and produce all of their own music, which helped the three-piece build a strong following in Australia during their teenage years. Their stylish, distinctive sound, along with their viral single, “Friends,” captured the attention of Good Charlotte’s Joel and Benji Madden, who subsequently signed them to their esteemed music company, MDDN, in 2015. Since then, the three-piece has seen rapid success – headlining and selling out shows globally, including tours with Blackbear, Sleeping With Sirens, and Lights. Their explosive live performances have also landed slots at notable festivals including Lollapalooza, Bonnaroo, Firefly, Reading & Leeds, and the final run of Vans Warped Tour.