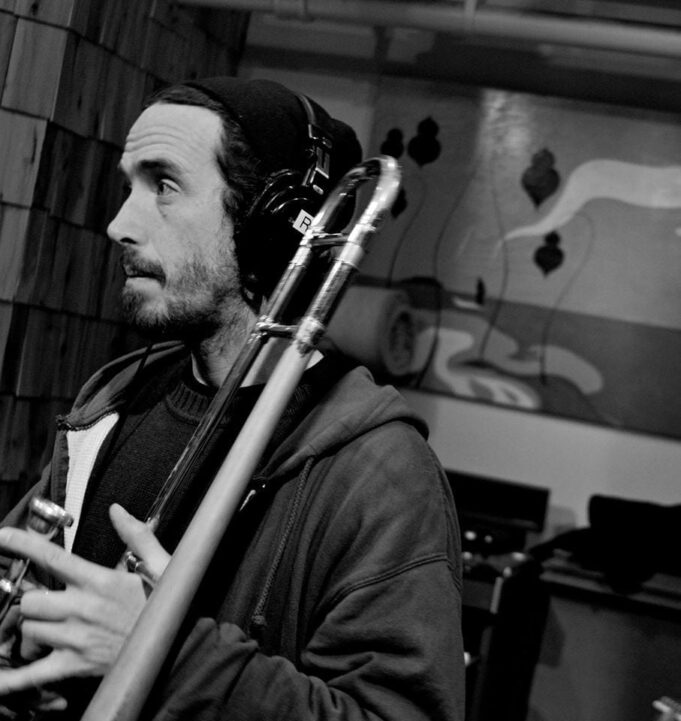 The unexpected passing of trombonist and leader of Rustic Overtones has the Portland Maine music scene in mourning.

For years I worked closely with Dave Noyes, the gentle and shy musician who anchored the horn section of Portland Maine’s Rustic Overtones. Over the last twenty five years Noyes’ fingerprints are on nearly every part of the existence of one of Maine’s favorite and most well known rock bands. From merchandise to management, music to movement Noyes was the quiet behind the scenes lynch pin that helped to keep that band on the road and working for over two decades.

Noyes met song writer Dave Gutter some twenty five years ago and they formed this band that eventually made it to the pages of Rolling Stone. David Bowie guested on their first major label release, heralding that from the remote reaches of the corner of this land, this rock band could join the rock world and work with some of the greatest artists in history.

Noyes nervous laughter and gentle nature is familiar to all who worked with him. At times he was the reluctant herder of cats that all who try to steer a band must be, and at other times he was just a straight up horn player. This band, whose sound is rooted in the horn section of which he was a part- continued on for so long in large part due to Noyes’ devotion to his craft and to his band mates.

On March 14 2019 Rustic Overtones returned to the stage at a benefit concert and performed for the first time since the passing of Dave Noyes. We have a full review and audio of the entire show.

In addition to Rustic, Noyes performed in the reggae band Royal Hammer, Portland indie rock band Murder of Crows, and with countless touring indie musicians. I was first introduced to Noyes when I moved to Boston in late 1999. The band played an impromptu show at the holiday party at the indie rock company where I was newly hired and the band’s combination of hard rock and horns was mind blowing. I picked up their EP and it was forever at the top of my pile of cds. When I had the chance to work with the band years later, I jumped at it, anxious to get as deeply involved in their sound as I could.

The Rustic Overtones have a show upcoming on March 14th which will be the first opportunity for the band to come together musically, onstage. The show is seemingly set to continue, and will allow the band and the entire Portland music scene to come together to celebrate the life and times of Dave Noyes.

Rest in Peace my friend. You will be missed. Dave Noyes leaves behind a wife, a band of brothers, and an entire music scene who will miss him dearly.

On March 14 2019 Rustic Overtones returned to the stage at a benefit concert and performed for the first time since the passing of Dave Noyes. We have a full review and audio of the entire show.