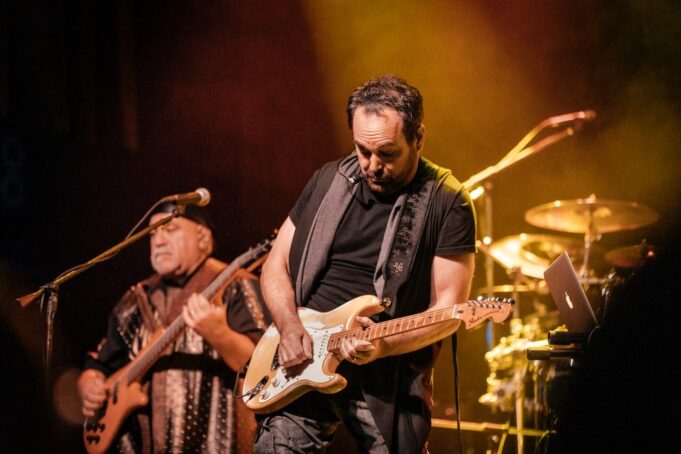 Photos and Words by Shelby Foley

There is a moment at every concert – the lights darken, the raucous chatter in the venue suddenly dims. The anticipation from the crowd is palpable. The audience perches on their toes, eyes scanning the wings of the stage for a glimpse of the artist they have waited to see.

The Neal Morse Band’s performance at Delmar Hall in St. Louis on a frosty February night was no different. From fans who have followed Neal Morse from the very beginning to little ones touting earmuffs following in their parents’ footsteps, concert goers of all ages poured into the cozy yet roomy venue.

The band is on a three-month world tour, making stops throughout the U.S. as well as heading over to the pond to places such as Paris, London, Luxembourg, Stockholm, and Berlin. Their stop in Missouri proves a dedicated fanbase exists here in St. Louis, as the space in the venue is quickly filled by followers decked out in merchandise.

The crowd is on their feet within seconds of their opener, “Long Day Reprise,” a song from Morse’s previous album, The Similitude of A Dream. The venue is filled with light as the band takes the stage, backed by stunning visuals on a large screen.

The concert continues with a performance of the new album, The Great Adventure, from start to finish, complete with visuals to match each song and the mood it portrays. The audience stands transfixed as Morse exits and enters the stage throughout the show in various costumes. His energy is electric, bounding from left to right as he sings to the crowd.

The band pauses for a brief intermission, allowing the audience to catch their breath after an energized first half. When they return, the crowd is back on their feet, more invigorated than before. The band is comprised of five members: Neal Morse, the vocal heart of the group, who sings and rocks out with a keyboard and guitar; Mike Portnoy, a Long Beach native who holds the songs together with his self-taught drumming; Randy George and Eric Gillette who fill the stage with composed yet passionate energy as their fingers strum the guitars they clutch; and Bill Hubauer, a multi-instrumentalist who stands stoically on the stage, bringing a mix of keyboard, guitar, woodwinds, and violin. Needless to say, the group is extremely talented.

The Neal Morse Band is cheered back on stage for an encore, which is comprised of a collaboration of all of Morse’s solo work. From hits like “Land of Beginning Again” from his album Testimony to “The Call” from The Grand Experiment, the show finishes with a grand and lively return to “Long Day Reprise.” The applause reverberates throughout the venue, the cold night of February 27th coming to a close as The Neal Morse Band exits the stage.

After their show in St. Louis, The Neal Morse band is off to the West, with upcoming shows in California and Arizona before they head off to the U.K.