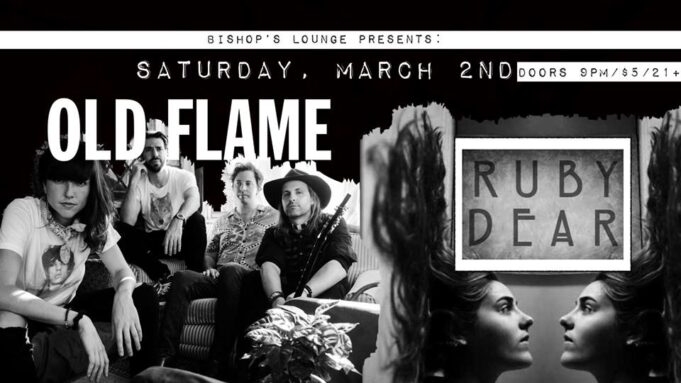 Performing Live at Bishop’s Lounge in Northampton MA on March 2, 2019.

I hit the great trifecta last week at Bishop’s Lounge in Northampton- a bill with a band I didn’t know was playing and hadn’t ever heard of, the band drew me there that night but I had yet to see, and a local band I had seen once before preparing to showcase new material for their fans. It was a great mix of familiar and not so much- new and old friends coming together in a comfortable space.

Up first was Matt Byrde- and when I saw late in the week that he was on the bill I figured it was going to be a solo performance, but I was interested to see a full band as we arrived. A nice crowd had already gathered for their set which was guitar heavy, slightly jangly and noisy in a comfortable and friendly way. They sort of reminded me of 2000s cow punk Ohio band Two Cow Garage. A mix of Americana and garage rock got the evening started out just right.

The last three songs of Byrde’s set are in the player below, use the arrows to toggle between songs:

Next was the band I was coming to see, Ruby Dear. Hailing from Bethlehem PA, the trio features brothers Jon Braun on the drums and vocals, and Jesse Braun on bass and vocals. But not reluctantly Jenny Founds is the center of this band, playing guitar and providing lead vocals. All three musicians have been close for years already all being members of Start Making Sense, the nation’s biggest Talking Heads tribute band.

In that band, each person plays a different instrument and role, and it was fascinating to see them so deftly take up new positions on the stage. The songs and sound are indie rock, with leanings toward 80s and 90s elements. It’d be easy to try to pin down their influences, and thoughts of Blondie, Siouxie and the Banshees or Florence and the Machine come to mind- but their particular take is unique. Replete with vocal harmony, driving guitar, a super solid rhythm section and Founds’ incredible vocal delivery Ruby Dear rocked the house with a dozen or so songs.

The set was almost entirely original with the sole exception being Seal’s Kiss of a Rose delivered with a combination of irony and deft skill. I can’t say enough about Founds whose vocal delivery was stunning. The ten years or so that they have been touring as Start Making Sense is only some of her experience, having toured internationally with the first company of School of Rock. She’s mesmerizing and it is easy to see why they decided to form a band around her. I can’t wait to see them develop and where they bring the music.

Full set audio of Ruby Dear, use the arrows to toggle between songs.

The final set was provided by local art rockers Old Flame. I had seen them once before at Old 78 Farm Fall Festival, but this was a more immersive experience. The band was showcasing material from their upcoming album, set for a Spring release. A fuller band than I had seen before there were guitars, bass, keys, drums and vocals. The presence of two cover songs: Alanis Morisette’s Ironic delivered with gusto and the White Stripes’ Seven Nation Army each illustrated this band’s appeal to an audience raised on these songs as their classics. But the majority of the show was original to Old Flame.

This band is spacey and roots at the same time, bringing elements of roots and psychedelic rock together in an artistic delivery vehicle for singer Emma Ayres. She takes full advantage of this opportunity by connecting to the audience who were showering the band with their admiration. Sam Perry on guitar provides a great space ghost tone that gives depth and trippiness to their sound.

All in all, this was a great night of both local and touring talent- all in the cozy atmosphere or one of the finestand funnest small venues in New England.

Be sure to check out Old Flame’s next show at the Shea Theater in Turner’s Falls, a double CD release show with Sodada on May 11th.  Check out the facebook event page here.