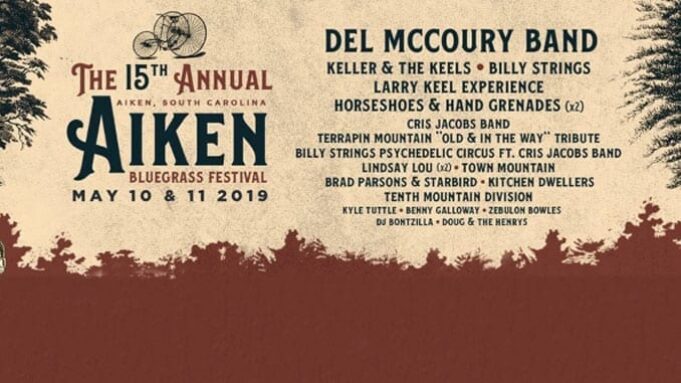 The beloved Western Carolina State Fairground of Aiken, South Carolina is returning with its annual, two-day bluegrass throwdown, Aiken Bluegrass Festival, set to happen on May 10 and 11, 2019. Just this week, the festival announced their full lineup of performing artists, and across the two days, eighteen groups and individuals will be picking and rocking out across three stages of music. Sitting on top of the Aiken world, to headline the event with some of the finest, most honest to goodness, modern-traditional bluegrass is the one and only Del McCoury, backed of course by The Del McCoury Band. And that man just turned eighty last week.

Also holding down the list are recently coveted live acts acts like Kitchen Dwellers, Lindsay Lou, Horseshoes and Hand Grenades (set to play two sets!) and a bunch others. Larry Keel is your Aiken veteran of the weekend, who will be performing with The Larry Keel Experience for the band’s fourteenth appearance at the festival. That’s almost every single Aiken ever. Woah.

Keel will also be performing as part of Keller and The Keels, and speaking of special collaborations, Aiken’s also locked down a set of Billy Strings’ Psychedelic Circus featuring special guest Chris Jacobs. If you’re at all aware of either or both of these guitar gunslingers, you’re thinking that will be a straight-up, slam-banging set, and you’re probably right.

Oh also Greensky Bluegrass’ bass player will be performing a DJ set billed as DJ Bontzilla. Not even kidding a little bit.
There will be camping and RV options, plenty of food and drink vendors (list from the festival soon), special VIP treats, and more. As for tickets, they are on sale now and can be purchased by heading to Aiken’s website at https://www.loveabf.com. Or, if you live locally, they can be secured in person at The Alley Downtown Taproom. Right now, tickets are listed at Early Bird pricing, but that will change come February 14 when the price increase hits.