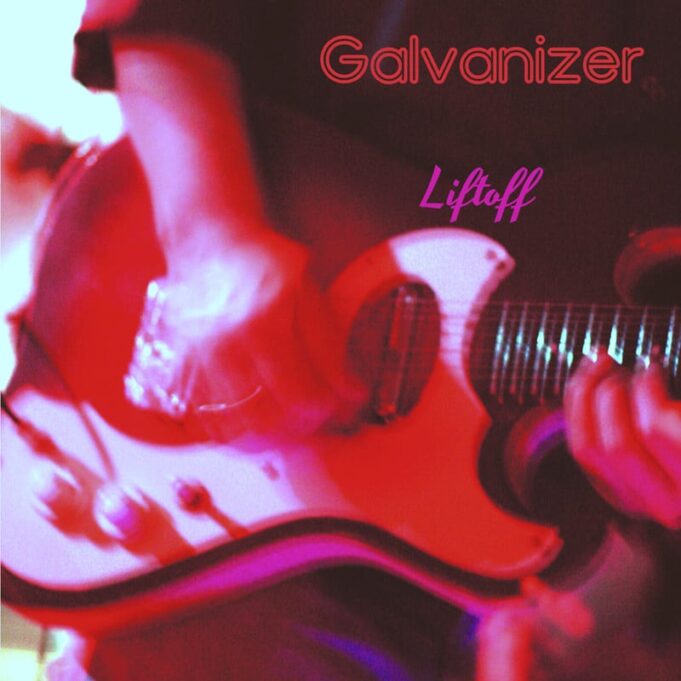 I’m not sure what the term “Guitar Hero” really means. Is it a Super Hero who stops a volcano with his ax? A computer game? Who knows?

I guess it means a player who can lift us out of the doldrums with their playing. Sometimes even a momentary shift away from the complexities and mundanities of life can help us get through the day in a positive way. and that’s good thing!

We’ve had our share of good players here in the Pioneer Valley region: think Joe Boyle, Michael Gregory Jackson, Alex from Colorway, John Sheldon, and Tom Whalen! Right up there in that list would be John Caban, veteran of many ensembles around here dating back to FC Pohaku in the 80’s-90’s!

I checked out his latest endeavor, Galvanizer, at the Whetstone Pub in Brattleboro. Galvanizer is a trio with Caban, drummer Joe “Jopey” Fitzpatrick and bassist Donny Hayward. These guys are all established professionals on the Valley scene, and their playing proves it. The Whetstone Tavern, right next to the river in Brattleboro, was the perfect “small club space for a trio like this. Caban’s playing has the improvisational bluesyness of a good jazz player and encompasses a lot of the great styles of the past 50 years, including a healthy dose of Jimi Hendrix influence.

In fact, after a funky instrumental and a run through Eric Clapton’s Cream-era “Strange Brew”, the band went into the not often covered jazzy “Up From the Skies” from Jimi’s 2nd LP, “Axis:Bold as Love.” Another funky instrumental followed which was augmented by a pre-recorded talking track. I’m not sure what was being said, but it sounded cool anyway over some “out” sounding chords!

From there, the group dipped into New Orleans territory with a lean version of the Meter’s, “Cissy Strut.” Next up, was probably the “deepest cut” of the night, a version of the obscure, wry, late Muddy Waters song, “How Come People Like That!” It’s always great to hear a tune you really don’t expect, and Caban pulled off the classic Muddy “WTF” vibe, which greatly relates to our national circumstances in early 2019!

It was back to classic Meter’s territory, and then another funky/bluesy instrumental as we headed out of the club into the New England winter. Galvanzer definitely brings the bluesy/improvisational funk! Go check ’em out!

Here is some Galvanizer from three years ago to give you an idea of their sound:

David Boatwright is an avid music fan from all angles. He has spent a decade in a record store, spent the last four decades as one of the most active reggae musicians in Western MA as the band leader for the Equalites and before that in Loose Caboose. His knowledge is never ending.