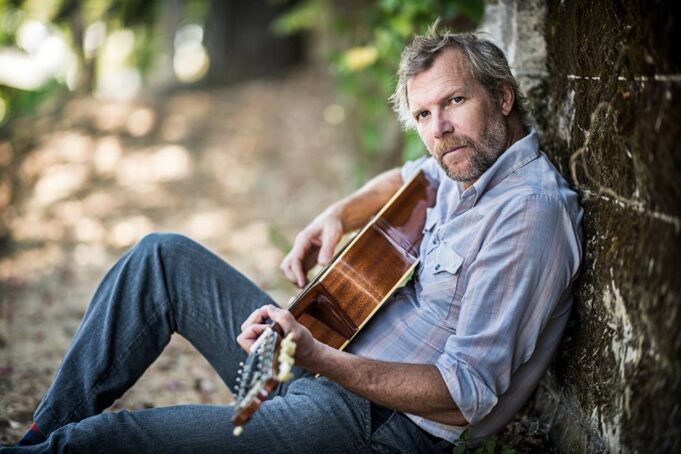 Mother Hips frontman leans country on his newest solo record,
releases video for “Where I Parked My Mind”

January 24, 2019 – Nashville, TN – Tim Bluhm is set to release his new full-length solo album, Sorta Surviving, on March 29, 2019. A gentle departure from his usual California-Soul sound of the Mother Hips, Sorta Surviving finds Bluhm living out his classic country musical dreams. Produced by Widespread Panic’s Dave Schools and anchored by all-star band members Jesse Aycock (guitar, vocals) and Jason Crosby (piano, violin, organ), and Nashville session legends Gene Chrisman (drums) and David Roe (bass), Bluhm’s new album was recorded at Cash Cabin Studios in Hendersonville, TN. “Recording in that space with those guys was like a dream come true for me,” says Bluhm. “The depth of knowledge they walk around with in their heads is amazing, and you know you can trust the musical choices they’re making.”

Today is the premier for the video for “Where I Parked My Mind”, an up to date representation of a night on the town and its repercussions. Director Tim Duggan tells Jambase, “People start their night expecting to have the time of their lives and often they try to portray that kind of ecstasy with phones and social media. The reality is almost always less glamorous.”

Bluhm is no newcomer when it comes to country’s heralded greats. Tim discovered Merle Haggard around the same time he co-founded The Mother Hips, a band that Rick Rubin signed to American Records on the strength of their debut album. Their then new label-mate was one of the most legendary of them all. “When we signed with American, the label had just put out Johnny Cash’s first Rick Rubin-produced album, which was actually recorded at the Cash Cabin,” says Bluhm. “I got to meet and hang with Johnny a couple times back then, and after that, we opened for him at The Fillmore in San Francisco. I was so impressed with his presence. He definitely lived up to his legend in real life, and he made a big impression on me.”

Those impressions live on through the songs of Sorta Surviving, of which all but three are Tim Bluhm originals. The record opens with “Jesus Save A Singer”, a shuffle fit for even the dustiest honky tonk. “No Way To Steer” follows, exploring the mindset of a headstrong, perpetually-leaving troubadour. A few songs in, listeners will have an immediate grasp on what this album is all about; Not just old-school country music, but also a collection of sometimes humorous narratives, painting vivid pictures of each song’s characters, whether it be the dustbowl farmers, oilmen, fugitive outlaws or traveling singers. “There’s more humor in these songs than anything else I’ve written before,” says Bluhm, “but it’s all very tongue in cheek. That’s a country music tradition.” In addition to the Bluhm-penned numbers, Sorta Surviving is also peppered with choice cover songs “Del Rio Dan”, made popular by the Everly Brothers, Johnny Cash’s 1958 hit, “I Still Miss Someone”, and album-closer, Merle Haggard’s waltzing “Kern River”.

“As a kid growing up in LA, I never even heard of country music,” reflects Bluhm, “but I remember flipping around the radio dial and coming across ‘The Gambler’ by Kenny Rogers. It was a song that just completely transcended genre. It was no more ‘country’ than Mark Twain was ‘country.’ It was a simple, timeless story set to music, and that’s what I’ve ultimately aspired to make myself.”

Ever curious and wildly prolific, Bluhm simultaneously released a slew of his own solo and collaborative projects throughout his time with the Mother Hips, a band he co-founded while still a student at Cal State Chico. In 2013, he helped launch Nicki Bluhm & The Gramblers, serving as both mentor and music director for the group, which was fronted by his then-wife. The band performed on national TV, racked up millions of views on YouTube, and played festivals from Bonnaroo and Newport Folk to Hangout and Mountain Jam before Tim and Nicki ultimately parted ways in 2015.

Outside of The Gramblers, Bluhm also collaborated with The Grateful Dead’s Mickey Hart and Bill Kreutzmann among others and opened up Mission Bells Studio in San Francisco with fellow California favorite Jackie Greene and engineer Dave Simon-Baker. There, he produced albums for a wide variety of bands and welcomed luminaries like Phil Lesh, Josh Ritter, Los Lobos, and Jonathan Richman for recording sessions. As if that wasn’t enough to keep him busy, Bluhm and the Hips also launched the Hipnic, an intimate and immaculately-curated music festival that’s been held annually amongst the towering redwoods of Big Sur for more than a decade.