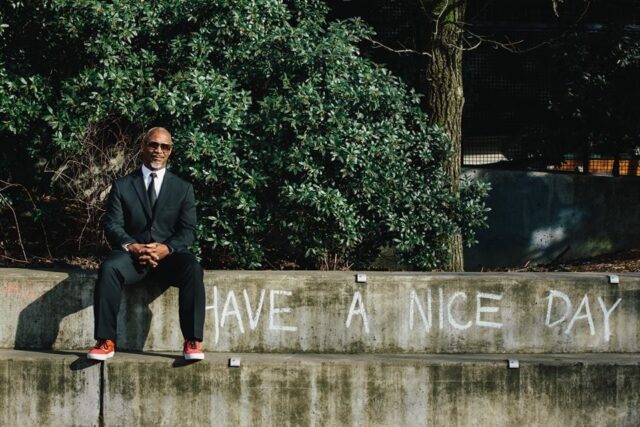 Throughout ‘Gnomes & Badgers,’ singer and saxophonist Karl Denson fronts the Tiny Universe as if he’s preaching the gospel. Merging funk, soul, rock, jazz, blues and more, his energy and spirit are contagious, while his songwriting speaks to a larger message of fellowship—across generations, genders, religions and cultures. Not surprisingly then, Denson is none too pleased with the current state of political discourse. The result of this discontent is ‘Gnomes & Badgers’—his hard-grooving answer to these tragically divisive times.

“As a writer and a human being, I’m affected by what goes on around me,” Denson says. “I’ve always been interested in politics, and what I’m seeing now just disturbs me. I saw this idea of ‘Gnomes & Badgers’—which are the different people in the world, the different parties on the left and the right—as a great way to frame the political debate and the debate about listening to each other. Somebody needs to say something, and hopefully I can say it in a way that will make people reconsider how they think about things.”

That theme of compassionate exchange is showcased especially well on choice cuts like “Time to Pray” and “Change My Way,” the latter co-crafted by Denson and his “writing mentor” Osborne. But through the music’s blues essence, an idea of empathy traverses the album in full.

“There’s some heartache in there that is hopefully concealed well enough to make people happy while still feeling it,” Denson explains. “To me this is really a blues record. It’s a blues about love; it’s a blues about life. It’s about people’s relationships.”

In designing the signature meld of grit and groove that defines ‘Gnomes & Badgers,’ Denson had plenty of role models to check out. With his own demos scattered into the mix, he listened to a playlist of essential rock-tinged funk and psychedelic soul throughout the album’s writing sessions. It’s hard not to hear Funkadelic in the opening roar of “Can We Trade,” or Rufus featuring Chaka Khan in the late-night soul of “Just Remember,” or Tower of Power in the power-funk of “Time to Pray,” or Betty Davis in the rough-and-tough funk-rock of “Change My Way.” Elsewhere, Denson’s song-craft summons Sly and the Family Stone, Labelle, Cymande, James Brown and Stevie Wonder. The project’s lone cover, a killer take on Cyril Neville’s late-’60s single “Gossip,” underscores Denson’s savvy taste in programming. KDTU’s previous release ‘New Ammo’ featured select covers by Beastie Boys, Cold War Kids and The White Stripes.

In the end, these hip, historically savvy tunes are just a delivery system for Denson’s philosophy of understanding: “I was very outspoken early on, but I’ve also really tried to express my views in a loving way and tried to be a good listener. I’m still trying to connect with my audience and people around me, in terms of attempting to keep all of us responsible for what we say and do.”

Karl Denson’s Tiny Universe will support ‘Gnomes & Badgers’ with shows through May. Denson then picks up his reoccurring role as touring saxophonist with The The Rolling Stones on their U.S. summer tour. Highlights among KDTU’s upcoming appearances include an official set at New Orleans Jazz & Heritage Festival on April 26, as well as a tribute to the Queen of Soul, Aretha Franklin, at The Orpheum Theater on May 3. KDTU also makes summer festival appearances at High Sierra Music Festival and Floydfest. Additional shows will be announced shortly. 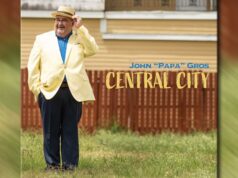 A Winning Hand: Railroad Earth at B Chord...