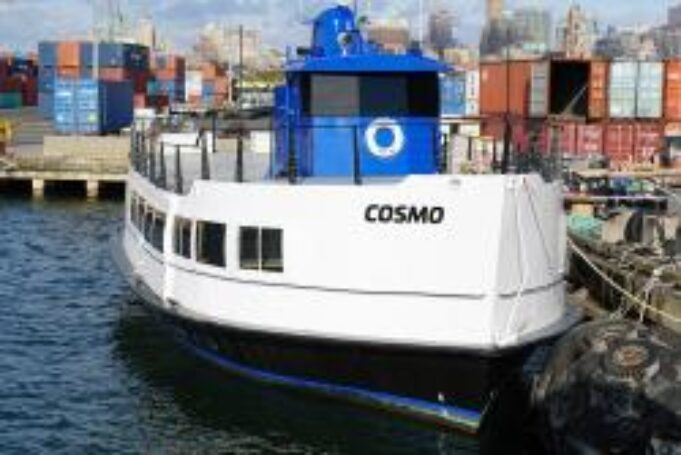 All Aboard the Cosmo With Max Creek! NYC boat cruise September 29 2018 by Charles DeWeese

Max Creek came back to New York City for a special occasion. It was a Rocks Off Boat Cruise for three hours, yes, a three hour tour. They even played the Theme from Gilligan’s Island. They brought music with all the great riffs (beyond what you would expect), and even some comedy.

The band played down below the upper deck. It was dark at times, and the boat swayed and rocked at times. We set off to go under the Williamsburg Bridge first, then the Manhattan Bridge, and then the Brooklyn Bridge. The Boat, called the Cosmo, went over to the Statue of Liberty and sat for a while with scenic views while the band played. Did they ever play? They played two sets with vigor and enthusiasm.

The boat sailed right by Governor’s Island just after the first set. It was really cool to see it at night up close with sparsely lit accommodations.

We ran into Chocolate Thunder (Jay Stanley), the percussionist, who delighted us with his work on the Timbales on Wild Side. He raved about Junior’s Cheesecake here in New York from the 45th Street location. He was joyful and delightful. Bill Carbone delighted us in a discussion about Quincy Jones’ new documentary on NetFlix, and we chatted about bicycling and New York History as well as Nina Simone. Together, these brothers really delivered a great feel to Max Creek that evening on the boat. These men only keep getting better. They joined the band in 2011. 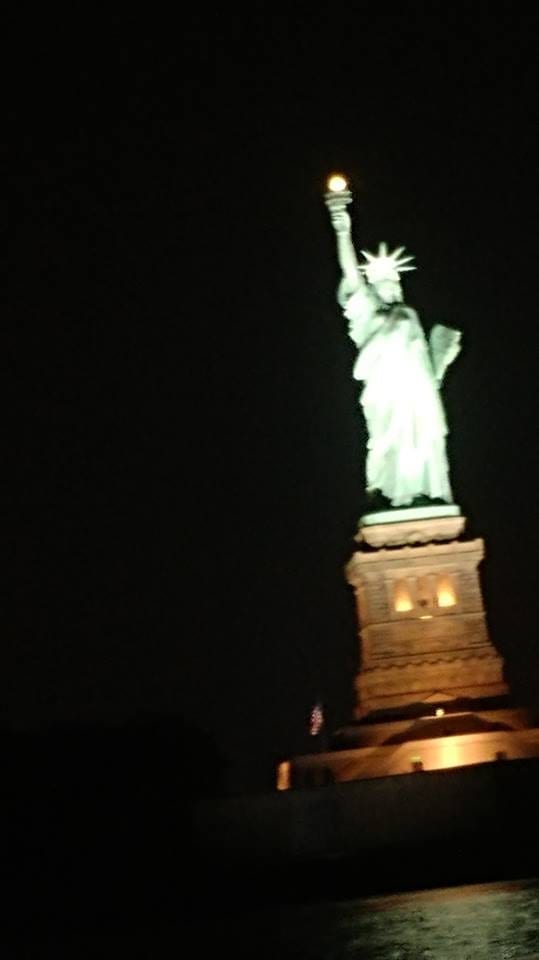 There were many early Max Creek songs played. The band played Dark Water. That is one of my favorite Max Creek songs written by John Rider! Mark Mercier’s keyboard solo was especially energetic, tasteful, and skillful. It was some quick playing. Please listen to the recording of this show as recorded by John Lombardi, a taper going back to the earliest of Creek lore. The sound is Crystal Clear. I listened to the recording up loud through a Technics receiver with Yamaha speakers, and it was like being there again!

Back Street Woman was played which is nice to hear. It is nice to hear songs the Creek was playing thirty plus years ago. The band sounded great. The acoustics of the boat reminded me of Lupo’s, but better. Mark, the keyboardist, was taking photos of the Statue of Liberty. Who could forget the great Mark Mercier singing his powerful gospel song, Fire and Brimstone, from the Rainbow album?

John Archer ,the former soundman, was very great. Steve Des Jardins, the current soundman, is continuing the Crystal Clear tradition, also, with very high quality along with Mike Maresco. This was one of my favorite shows since I started seeing the band on 4/8/1987. The band played great and it was New York! I have not missed a New York City show in the last 6 plus years, living in Brooklyn, NY. The band played an intimate show for the fans. I was thinking, this is how it must have been in the early, early days back at the First Camp Creek in North Granby, CT when Bob Gosselin was the drummer. Happy Birthday Bob! 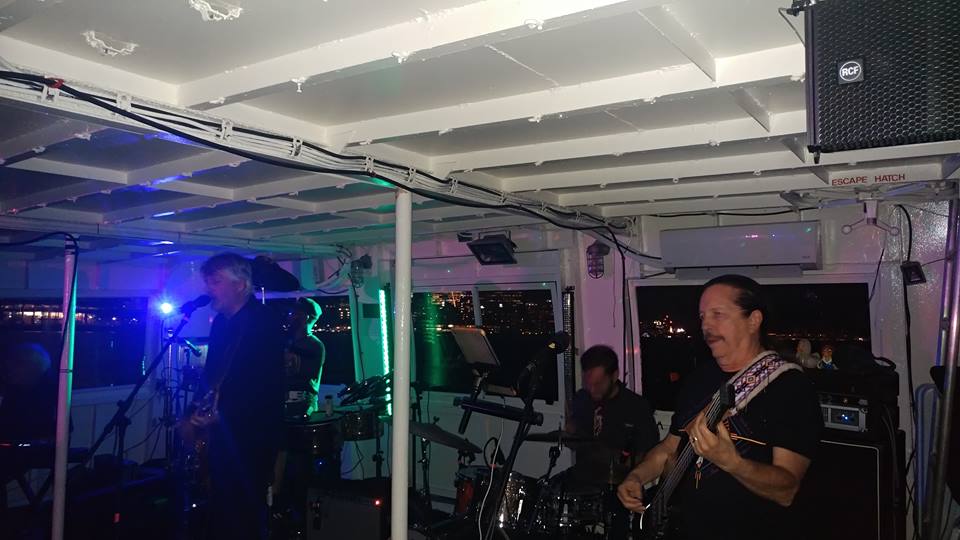 It was dark when the band played, so I do not have a video clip, but please hear the soundboard recording of the show! A Plus.  Thanks to Max Creek for coming to play New York City. I know it is a long drive back to New England (except for Brooklyn drummer, Bill Carbone).

This show keeps getting better with age. The more I think about it, the more I like it. I even brought a friend who had never seen the band live and he loved it, coming in from the Bronx, Derrick Shutdown Davis. I am looking forward to the next boat cruise with Max Creek. The last time I saw them on a boat was August 1988 out of Boston. The Creek delivered! Thanks again to Mark, Scott, John, Jay, and Bill for a great evening! Next up, it will be my 100th Max Creek Show.